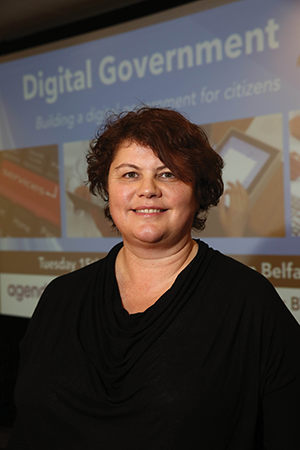 HMRC is a very large organisation, it sends out roughly 220 million items of post per year and receives 60 million items. It also handles in the region of 50 million calls a year and accounts for 70 per cent of the transactions on .gov.uk with 1.1 billion online transactions.

However, whilst 1.1 billion online transactions may seem like a large number, HMRC’s Contact Platform Manager, Lily Lewis admits much more needs to be done to achieve the organisation’s digital ambition. “We need to achieve a radically different experience for our customers,” says Lewis. “The experience we want is one that moves us into a multi-channel contact model with our customers, essentially offering them the right contact at the right time on the right device.

“We need to improve every channel that we provide to our customers and like every organisation we want to drive down our costs, improve compliance and improve the service we provide. Our telephone service is still important to us but it is no longer our primary focus.

“Our goal is to drive down routine calls, drive them into other channels and keep customers in the digital channels. That’s not to say we want to get rid of the telephony channel, we still want to keep it for more complex cases.”

This radical transformation Lewis talks of has already begun, HMRC launched its digital accounts last year and already has 3.4 million business customers using the service. These accounts are hosted in the cloud, on a multi-channel digital platform that received widespread recognition and was named the digital project of the year in 2015 by the British Computer Society.

HMRC has also launched 26 new digital services that, amongst other things, allow customers to file their taxes online, track processed invoices and make payments. The portal that allows customers to do this has received around 24 million hits since launch. This year 9.24 million self-assessments were filed online and HMRC staff dealt with 14 returns per second.

According to Lewis, 1.8 million customers have now opted to go paperless and as such, outbound post has been reduced by over 16 per cent. HMRC is also focused on helping those who may not be comfortable with digital management of their taxes to become more acquainted with the idea.

“Our agenda to help those who can’t go online is something we call assistant digital,” says Lewis. “We have several different areas that we have looked at. We also launched the trusted helper service which will allow people to register a friend or family to do their online tax returns on their behalf.

“We have been trying some services that allow us to take over and help customers as they fill in their forms and we’re planning to launch that soon. We also have webinar services. 73,000 customers have taken part in our webinars and we have seen a 400 per cent growth in the use of our online services as a result. We see webinars very much as part of our future.”

Lewis recognises that in order to organically grow the use of online services, the customer needs to be placed at the heart of the service.

“To provide the best online services we can, we employ researchers and invite real customers to come into our digital delivery centres and sit with our technicians to test the system,” she says. “These interactions help the engineers learn what the user wants and needs.”

Data is also very important to HMRC. Currently a data enterprise hub is being built which will have a collection of all the data throughout HMRC. The plan, according to Lewis is to ensure that HMRC becomes a data driven organisation.

“We also want to help customers help themselves,” says Lewis. “We have broken it down into one-to-one, one-to-many and self-serve categories. Some of these we have already delivered on, for example since April last year we have had our webchat service in action. We don’t have a fixed button, we employ a technology that offers a webchat when certain conditions are met.

“We have found that service to be very popular with 80 per cent of users stating that they would have called the helpdesk had it not been able to deal with the query. Similarly, advisor productivity has increased as 3-to-1 chats are now available.

“We have also launched a virtual assistant service called Ruth, which very much follows the agile principles of test, learn and grow. We have hit one million interactions with Ruth and see her very much as trying to triage out the queries and keep the customers in the digital channel.”

Outlining HMRC’s development of their digital services, Lewis reveals that a new supplier has been appointed to supply the platform and the relationship is working well.

“The arrangement is part of the government agenda to deal with more SMEs and it has proved to be very successful,” Lewis enthuses.

“We managed to configure the platform in nine months and rolled it out to 21 locations across the UK to 8,000 advisors in nine weeks. It was a staggering achievement. The benefit was that as a contact platform it has now become one of the largest Cisco hosted platforms of its kind in the world.

“We’ve now got 22,000 advisors on our platform and we can deliver contact centre services across any HMRC site in the UK. We are no longer individual offices, we no longer have to bus our staff around the UK to help the peak demand and that is a really big achievement. Our platform is cloud based so we can upgrade the services behind the scenes. One of our big upgrades took place in February when we increased the capacity to meet the current demands.

“To develop our ideas we work in a very agile way. Test, learn and grow is our motto. We work on a discovery phase, an alpha phase, private and public beta and a full blown production. We want to test those ideas and when we bring them into alpha environment we have a two week testing phase. The idea might not work out, but at least only two weeks of your time have been wasted.”