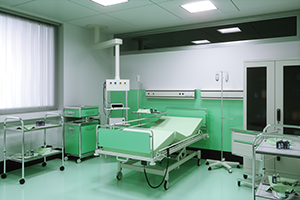 Northern Ireland’s health Minister Simon Hamilton has announced the six person panel that will decide the future of our health service.

A year after the Donaldson report called for an international panel of experts to overhaul Northern Ireland’s health and social care system health Minister, Simon Hamilton MLA has announced the names of those who will sit on the panel.

After “categorically ruling out” the Donaldson report’s recommendation that an international panel of experts be appointed to decide on the number of hospitals needed in Northern Ireland, the Minister claimed that panel should be mostly local.

He has remained true to his word as the panel announced in early January contains four people from Northern Ireland and just two international members.

The panel will be Chaired by a worldwide expert in health reform, Professor Rafael Bengoa who is currently the Vice Chairman of the Advisory Group of Horizon 20/20 on Health, Demography and Wellbeing and the Director of the health department at the Deusto Business School in Spain.

Bengoa, who has practised as a doctor for seven years in both hospital and primary care, holds a MsC in Community Medicine from the London School of Hygiene and Community Medicine as well as a MsC in Health Care Management. He is a Senior Fellow of the Harvard School of Public Health and has also advised the European Union and the Obama administration.

Speaking about why he accepted the invitationto Chair the panel, Bengoa claimed there had been a strong focus on “planning around structures instead of planning around patients’ needs and outcomes.

“The important thing for us at the panel is to be thinking in outcome terms and then we will see if there is any physical restructuring that is needed to fulfil those outcomes but not the other way around. The difference here is that they are engaging both politically and technically on the long-term and that is why I think it is interesting to accept this invitation to lead the panel.”

The other five members that make up the panel include two Northern Irish based doctors, two health service managers from Northern Ireland who now work in England and a Swedish professor. They are:

•   Mark Taylor, a consultant in general and hepatobiliary surgery and the current lead clinician at the Mater Hospital;

•   Bronagh Scott, the deputy chief nurse for the NHS England London region, she previously worked for the Northern Trust in Northern Ireland;

•   Professor John Øvretveit, the Director of Research and Professor of health care innovation implementation and evaluation at the Medical Management Centre, the Karolinska Institute, Stockholm.

“The principal focus of the panel will be to draw on the experience of those working in or using HSC services in Northern Ireland, but also to ensure there is an international perspective. This will be a clinically led process to advise us what services the people of Northern Ireland should expect from their health and social care system.

“The panel will bring local expertise and an international perspective to this challenging but essential piece of work. I am pleased that they have accepted this assignment and look forward to seeing the results of their work.”