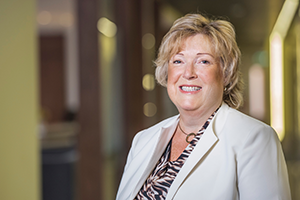 When Ireland entered the troika programme in 2010, significant budgetary constraints were imposed on the country’s public services. Exchequer investment in public services will be €55.3 billion in 2016 and a huge proportion of this funding is in social protection, health and education services; sectors that had to face increasing public demand as the recession hit hard.

Addressing the Public Service Reform conference at Croke Park in November 2015, Orlaigh Quinn, Assistant Secretary in the Department of Public Expenditure and Reform, said that she recognises and is proud of the achievements of the civil service, the public service and indeed Ireland as a whole over the last five years. She believes that reform of the public service is a continuous process and never completed. It must be ongoing, where change and continuous improvement becomes the norm.

Reflecting on what the country has gone through, Quinn explained that in 2010 Ireland was facing huge budgetary constraints. As a consequence, the first phase of Public Service Reform (2011-2013) was focused on reducing costs, eliminating duplication and increasing efficiency. “There were very significant reductions in staff numbers and expenditure,” she said. “There were many areas where this had a huge impact – for example, in local authorities where the number of staff was reduced by 24 per cent from 2008 to 2014. Of course, there were also a number of pay measures at that time that had a significant impact on staff.”

Undoubtedly, great work has been done reforming the public service so far but as Quinn highlights, Ireland still faces serious fiscal constraints. In addition, there are significant demographic pressures in terms of the population growth and the changing profile of the population. For example, the nation’s population has grown by over 500,000 since 2005, 20,000 new pensioners are accessing their state pension every year and there is an increase in the number of children attending school.

The Government’s second Public Service Reform Plan was launched in 2014 and has really shifted the emphasis to one of ongoing service improvement. Quinn told conference delegates that the emphasis must remain on delivery to the public. “Our focus is on delivering the best possible outcomes for the public we serve,” she said. “Efficiency is, of course, also a key driver for us. We tend to work on a central approach, with lots of different streams of activity, from our education sector to our justice sector but they all come together under one Public Service Reform banner.” 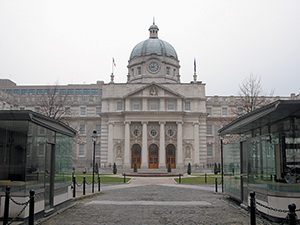 “Thanks to our ICT strategy, we now have 400 services online. We are very much focused on data sharing and open data and using it most efficiently. Recently we held a Civil Service Customer Satisfaction Survey right across the country and we saw very positive messages. The results show we are continuing to maintain our strong focus on the customer, with over 75 per cent of respondents describing themselves as satisfied with their most recent contact with the civil service. Over 80 per cent of the 2,000 interviewees said the service level offered either met or exceeded their expectations.”

Turning her attention to the Civil Service Renewal Plan which was published by Government in October 2014, Quinn explained that the focus is now on “being the best we can be, measuring ourselves and ensuring we are delivering on our commitments – our vision for the civil service is to provide a world-class service to the State and to the people of Ireland.” A three year action plan is in place that includes 25 actions and 104 sub actions. Collective leadership and governance ensures that every Secretary General and Head of major Office is sponsoring specific actions and meeting as an Executive Board to drive the implementation of the Renewal Plan. Performance management assessments are being put in place for every Secretary General and an Accountability Board, chaired by the Taoiseach, has been established to strengthen accountability and performance across the civil service.

A huge amount of legislation has been introduced in terms of government reform, for example, Freedom of Information, Regulation of Lobbying and Whistleblowing legislation are all part of the Government’s agenda of rebuilding public trust. Two comprehensive reviews of Expenditure have been completed and Quinn is adamant that a lot of learning has come from these.

Quinn also confirmed that in moving to the next phase of reform, recruitment is once again a key priority. “As we move to the next phase, one of the areas we are focusing on is open recruitment,” she said. “For five years we were not in a position to recruit, but we have now started to replace key skills and focus on workforce planning. I’m sorry to say this, but we are getting older across the civil service and replacing key skills is something we have to do now.”

“We now have 80 graduates on a graduate development programme providing new blood, new thoughts, ideas and creativity which is what we need.”

Outlining the factors critical to the success of the overall reform programme, Quinn praised the political leadership and noted the commitment of Minister Howlin who “has been hugely involved, interested and leading in this area and his determination and support has been a boost to us all.” Quinn also identified the ongoing delivery of the Plan as the area her team will be focusing on this year. There is an emphasis on strengthening skillsets in governance and programme management in order to improve delivery. Quinn believes the Lansdowne Road Agreement will also act as a key enabler of reform.

The Public Service Reform Plan runs to the end of 2016. With many of the Plan’s main goals moving towards final completion, Quinn believes future plans must focus on strategic outcomes, opportunities and developments. “We need to invest strongly in our own capacity and strive to buy into and use alternative service delivery models,” said Quinn. “It is not just about having excellence and experience within ourselves, we need to recognise that there are other methods and skillsets out there and learn from them as well. We need to continue to focus on reform, it will never be a done deal, reform is the new norm.”