While the after-effects of the pandemic continuing to impact on the tourism industry in Northern Ireland, shoots of optimism exist in the rates of recovery.

Record-breaking industry figures of annual revenue generation in excess of £1 billion reached in 2019 are unlikely to be seen again until 2025 at best, reflecting a difficult period for Northern Ireland’s tourism businesses. However, figures for the second half of 2021 show a returning appetite for customers.

Chief among signs for optimism is not only an increase in domestic spend post-pandemic but crucially an increase in spend by visitors coming from the Republic, a recognised target for potential growth in pre-pandemic years.

In Autumn 2021, Tourism NI published an industry barometer, taking the temperature of tourism businesses in the second half of 2021 and gaining an insight into their future outlook. Although only a snapshot of a selection of businesses, the barometer serves to highlight areas for optimism and indicate where further support might be required. 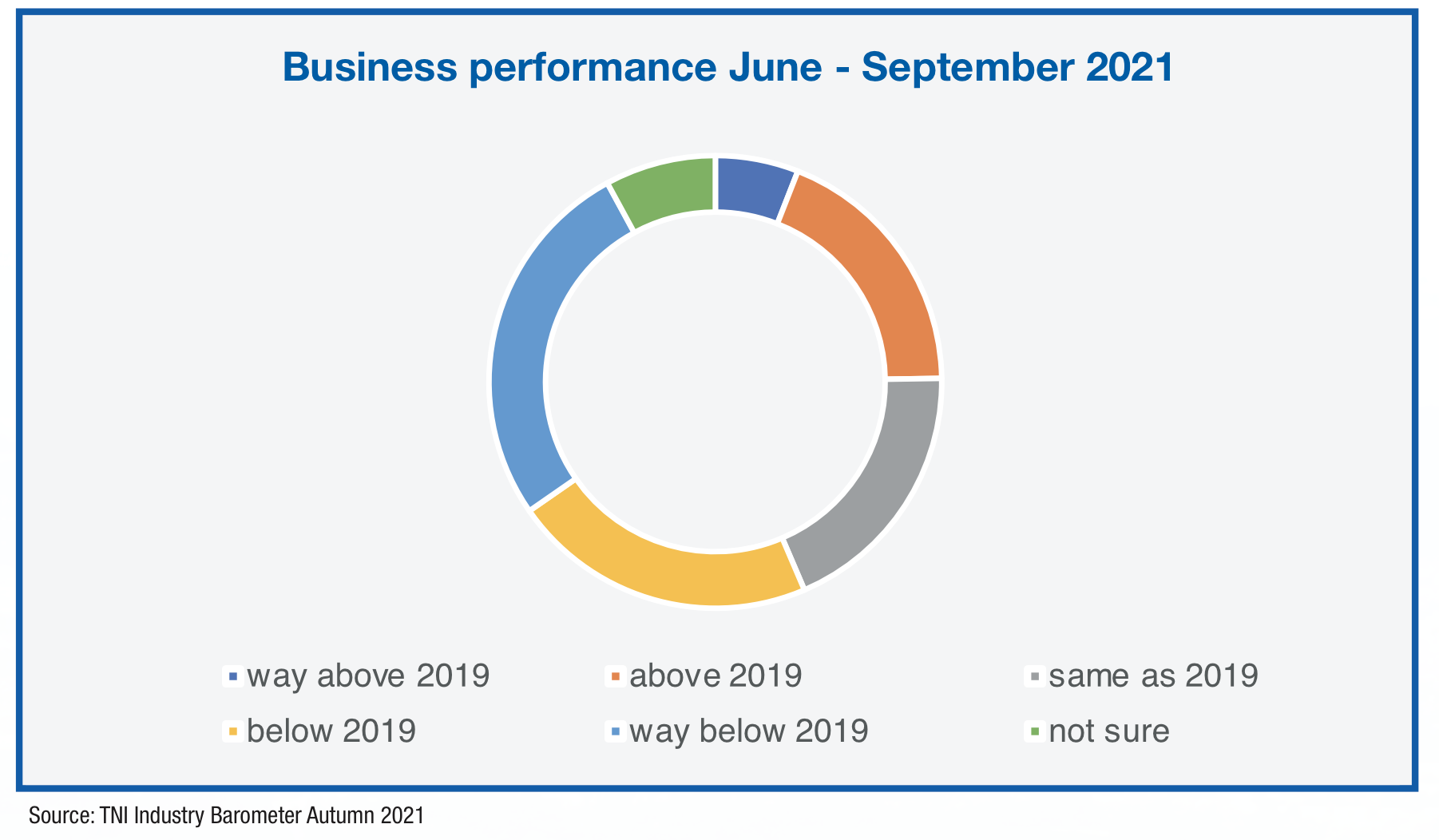 While just under half of businesses reported lower turnover between June and September 2021 than the same period pre-pandemic in 2019, a quarter recorded a turnover increase and a further 19 per cent noted similar levels.

Identifying additional challenges facing the industry, businesses pointed to energy costs (44 per cent) overheads (38 per cent) and supply chain issues (21 per cent) as key negative impacts, alongside staff recruitment/retention challenges. Positively, 30 per cent cited a rise in the number of staycations as a beneficial outcome.

Interestingly, while uncertainty remained around when businesses felt they would recover financially from the impact of the pandemic, the vast majority (61 per cent) identified the end of 2022 or early 2023 as a targeted timeframe and 12 per cent said they had already fully recovered.

While a difficult period continues for many businesses involved in the tourism industry, with almost half recording reduced turnover on pre-pandemic figures, almost 45 per cent were able to point to similar or higher levels. For the majority of businesses that recorded an uplift, the domestic and Republic of Ireland market were driving the increase, a figure which bodes well for hopes that domestic and neighbouring market growth will be the basis for full recovery. 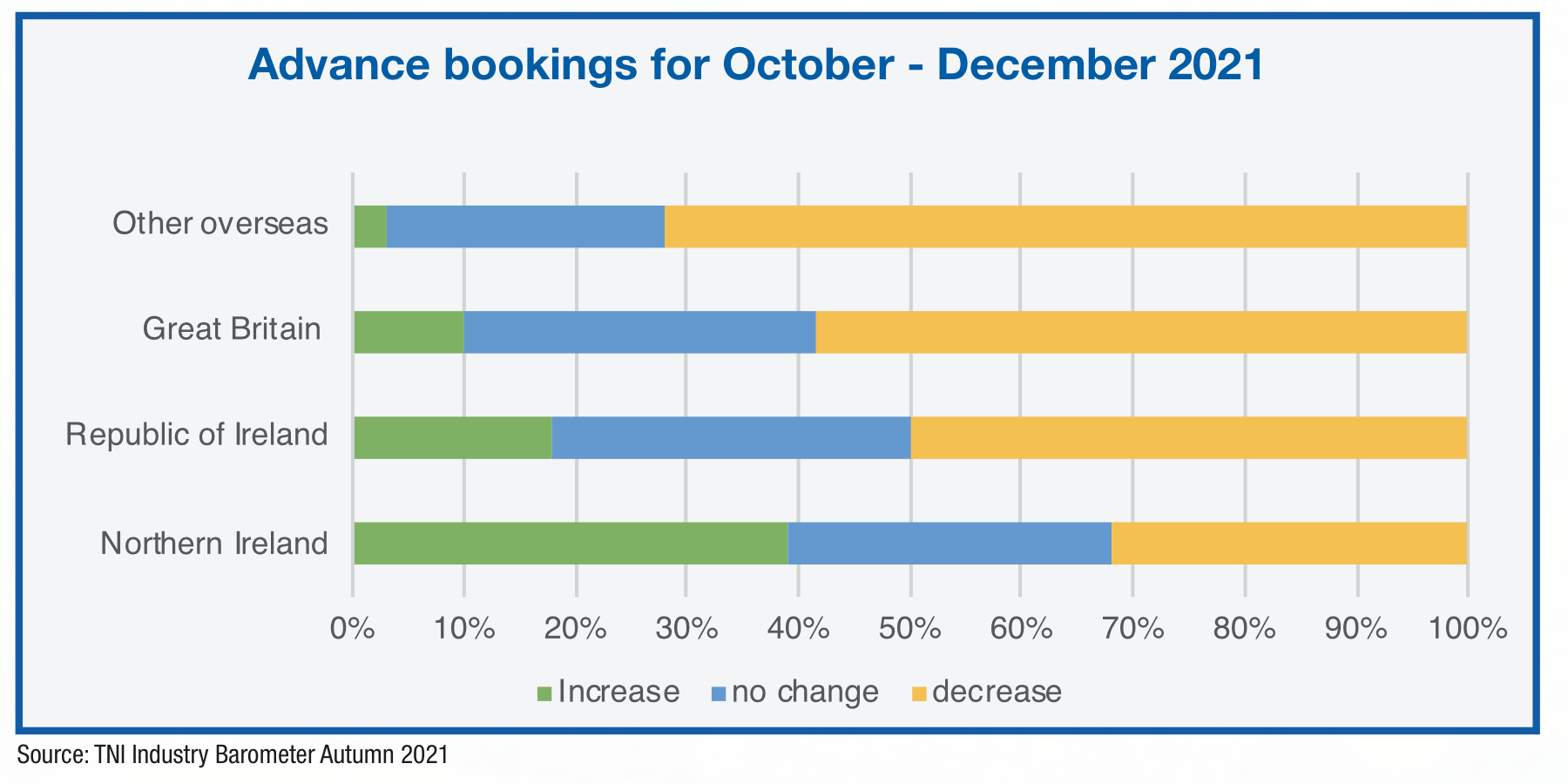