Many rural households in Northern Ireland are living in digital poverty at a time when broadband is becoming almost as essential as electricity or water.

The importance of connectivity was thrown into sharp focus by the Covid-19 pandemic, when millions of people were plunged, seemingly overnight, into a world of working from home and virtual schooling.

It is also one of the reasons why Project Stratum is so important to Shane Haslem, Chief Operating Officer at Fibrus, the Northern Ireland full fibre broadband provider responsible for its delivery under the brand Hyperfast NI.

Haslem describes its goal as “bringing rural Northern Ireland out of the digital dark ages”.

“Hyperfast broadband will ensure that people can work from home and families can utilise the value of the internet, should it be for home schooling, virtual learning or gaming,” he says.

Many people are unaware that there are two very different types of broadband – copper wire and fibre-optic cable – and the one you get depends on where you live or who your supplier is.

Copper is slower when it comes to moving large amounts of data and, thanks to companies such as Fibrus, the days of relying on limited bandwidth are numbered.

For Haslem, Project Stratum represents “the broadband infrastructure project of a generation”.

“Broadband in rural areas was constantly missed because, without state intervention, it wasn’t achievable,” he explains.

“But, thanks to the Department for the Economy (DfE), the Department of Agriculture, Environment and Rural Affairs (DAERA) and Fibrus, the private sector is now building a rural broadband network using future-proof fibre technology.”

Project Stratum, which aims to bring hyperfast broadband services to 76,000 rural premises here, is a partnership financed by DfE, DAERA and Fibrus.

The Stormont Executive’s contribution was £165 million (£150 million from DfE, agreed in the ‘Confidence and Supply’ deal between the DUP and Conservative Party in 2017) and £15 million from DAERA.

“Total public funding for Project Stratum is £197 million which, along with Fibrus Network’s investment of over £48 million, brings total network costs to more than £245 million,” the Chief Operating Officer says.

Haslem, who is responsible for Hyperfast NI, which is overseeing the installation and management of the new network delivered by Fibrus, said the project hit the ground running.

“We basically started building a network on the day we signed the contract,” he reveals.

“That is unheard of in this industry. Normally, with a project of this scale, you are nine months in planning before building works commence.

“We created a bid that would see us complete a lot of preliminary works in advance of the contract award.”

He adds: “We actually planted poles in Coalisland on 19 November, 2020, effectively the day that we signed the contract for Stratum.”

Haslem says Project Stratum has made a huge difference to rural homeowners.

“The people who really benefit from good quality broadband are those who have been missed out until now,” he states.

“These are folks enjoying a service sub 30 megabits and the service that we are putting in place will be up to gigabit capability (1,000 megabits).”

He adds: “Also, when people are buying houses, one of the key things they look for is a good quality broadband connection. It allows them to work from home and reduces commuting costs.”

Pointed to recent changes to the project, he says: “Project Stratum initially started off as 76,000 rural premises, to be delivered by March 2024.

“Just recently, at the turn of the year, we worked with DfE to roll in an additional 8,500 premises to be added to Project Stratum. They’ve now been effectively incorporated into the roll out and will be delivered by March 2025.”

He adds: “Further public funding of £32 million will be utilised to extend gigabit capable broadband coverage to reach an additional 8,500 homes and businesses in predominantly rural areas of Northern Ireland. The additional premises include 2,500 harder-to-reach properties that were out of scope of the original contract, plus a further 6,000 premises.”

Regarding the £32 million, the UK Government’s Department for Digital, Culture, Media and Sport (DCMS) provided £22 million, while £9.85 million came from DfE and DAERA.

Haslem says that Covid highlighted the need for good quality broadband; for example, “a schoolteacher living in the countryside had to sit in his car to teach his class virtually, because the broadband in his house kept cutting out. The teacher drove to his father-in-law’s home to tether their wifi as his own connection was unsuitable.

“That exemplifies the limitations of copper, which is largely based on a telephone network that goes back many decades.

“When you roll out full fibre broadband there’s no distance limitation anymore,” he explains.

“Fibre is also future proofed, it is more robust and provides a much more stable and high-quality service.”

It will also put an end to the ‘digital darkness’ in our regional and rural towns and villages but Shane insisted that delivering in less than two years what others have taken five years to achieve is not the end of Fibrus’s ambitious plans.

“In addition to Stratum, we are in the process of rolling out our own commercial network across Northern Ireland at pace, targeting the smaller towns and villages,” he says.

“We’ve also started building in the north of England.”

Economy Minister Gordon Lyons MLA described Project Stratum as “one of the most important major infrastructure projects Northern Ireland has ever seen”.

“My officials are impressed by the Fibrus work ethic and the contractor’s solutions-focused mindset. Fibrus has successfully overcome a number of deployment challenges and I’m pleased that more than a third of the 85,000 homes and businesses in Project Stratum’s target intervention area can now access full fibre broadband.

“Fibrus is ahead of schedule. We hope that remains the case as more citizens benefit from this transformational public intervention focused on improving broadband infrastructure and enhancing connectivity in predominantly rural areas of Northern Ireland.” 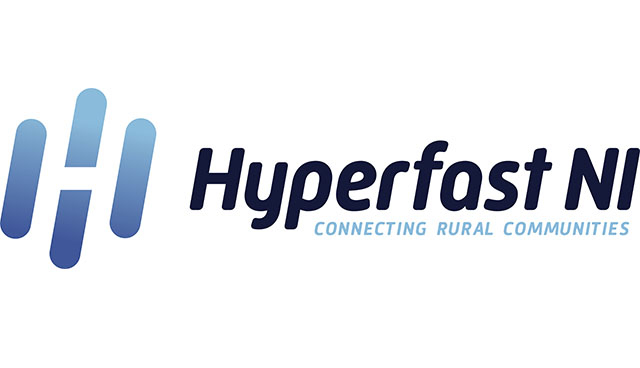