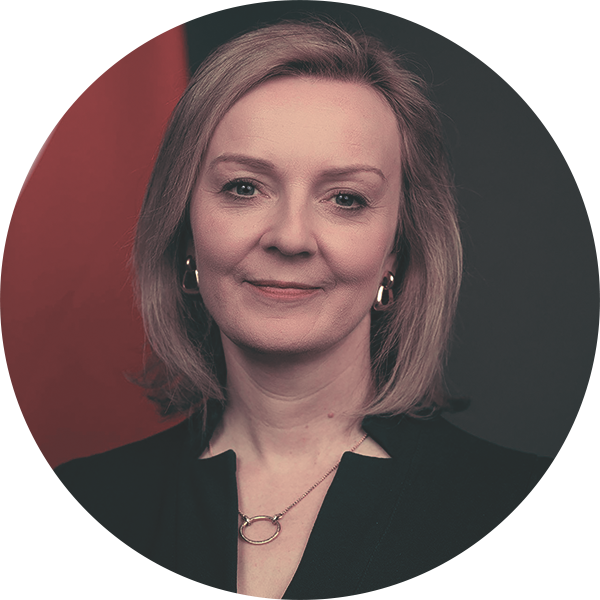 Liz Truss MP has become the new Prime Minister of the United Kingdom after her victory in the Conservative Party’s leadership election.

Truss, who was the favourite of the right of her party, has pledged to take a hard-line stance against the EU with regard to the Northern Ireland Protocol, and has stated that, if necessary, she will invoke Article 16 of the Protocol.

She served as Foreign Secretary under the premiership of Boris Johnson MP, where, it is claimed, on her first foreign trip to visit her American counterpart, Anthony Blinken, she questioned the ‘special relationship’ which has characterised diplomatic relations between the two nations. She apparently stated that there was “nothing particularly special” about the two nations’ relationships, pointing to Britain’s better trade relations with Japan, Canada, and Mexico, in contrast with the dispute over steel tariffs which has overshadowed US-UK relations.

Truss began her political life as a Liberal Democrat, where, in her youth, she famously supported the abolition of the British Monarchy. She has since then embarked on a long journey through the moderate wings of the Conservative Party, and is now seen as one of the most prominent figures of the right of the party, having been endorsed by figures such as Jacob Rees-Mogg MP. Furthermore, Truss, despite her apparent Brexit credentials, supported ‘remain’ in the 2016 referendum, stating at the time: “I believe it is in Britain’s economic interest and means we can focus on vital economic and social reform at home.”

The Prime Minister’s economic pledges have included committing to cut taxes, cut VAT, and a spending programme of £30 billion which aims to eliminate this year’s rise in national insurance, cancel the upcoming rise in corporation tax in 2023, and temporarily suspend green levies on energy bills. These policies have been criticised as having the potential to exacerbate the ongoing inflation crisis.

One of Truss’ tasks will be to prevent the breakup of the United Kingdom. She has stated that she thinks that Scottish First Minister Nicola Sturgeon MSP is an “attention seeker” who “should be ignored”, and that she will not allow Scotland to hold a referendum on independence under any circumstances. Likewise, restoring devolution in Northern Ireland will be a key challenge. As a committed unionist, Truss will be conscious of the growing support for Irish unification in recent opinion polls.

Truss is the third woman to assume the role of British Prime Minister, and the fourth Conservative leader in six years.