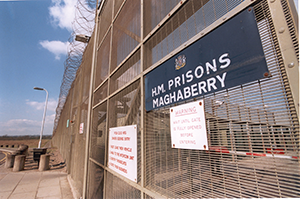 Inspectors from Her Majesty’s Inspectorate of Prisons and Criminal Justice Inspection Northern Ireland have labelled Maghaberry prison as one of the most dangerous they have ever seen in a recently published inspection report. The report details the inspector’s findings from an unannounced inspection of Maghaberry prison that was carried out from the 11th – 22nd of May 2015.

These comments echo those of an inspection report published in February 2006. The 2006 report found all the systems ensuring prisoner safety at Maghaberry were underdeveloped, that there was not enough work and training available for prisoners and that the ‘square houses’ were unsuitable and difficult to supervise. Ultimately the 2006 report found that “Maghaberry was not providing Northern Ireland either with value for money, or with effective public protection” and it appears not much has changed in 10 years.

Maghaberry is Northern Ireland’s only high security Category A prison. It houses adult male sentenced and remand prisoners and helps prisoners prepare for their release into the community. Originally Maghaberry housed two prisons: the woman’s prison, Mourne House which opened in 1986 and closed in 2003 and the men’s prison which was opened in 1987. Following the closure of Crumlin Road Gaol in 1996, Maghaberry prison became Northern Ireland’s adult committal prison and began to house non-paramilitary remand prisons.

Her Majesty’s Inspectorate of Prisons (HMIP) is an independent, statutory organisation which reports on the treatment and conditions of those detained in prisons, young offender institutions, immigration detention facilities and police custody. Criminal Justice Inspection Northern Ireland (CJI) is an independent statutory Inspectorate, established under the Justice (Northern Ireland) Act 2002. The inspections carried out by these bodies carry a summary of conditions and treatment of prisoners, based on the four tests of a healthy prison. These tests are:

•   Safety: ensuring that prisoners, particularly the most vulnerable, are held safely;

•   Respect: ensuring the prisoners are treated with respect for their human dignity;

•   Purposeful activity: ensuring that prisoners are able, and expected to engage in activity that is likely to benefit them;

•   Resettlement: ensuring that prisoners are prepared for their release into the community and effectively helped to reduce the likelihood of reoffending.

There are four possible judges in relation to each of these points these are: good, reasonably good, not sufficiently good and poor. To make these judgements five key sources of evidence are used by inspectors: prisoner surveys; discussions with prisoners; discussions with staff and relevant third parties and documentation. 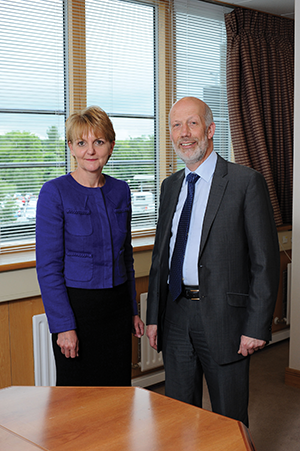 Using the healthy prison test system, the report found that Maghaberry prison offered its prisoners a poor standard of safety. It found that many prisoners claimed they felt unsafe, that levels of reported violence were rising and that there had been some serious and credible threats against staff. The report also notes how staff have also expressed fears about their own safety. Upon a prisoner’s arrival the report found that reception staff were respectful and responded appropriately to prisoners’ needs but that induction started several days after a prisoner’s arrival and failed to provide some important information about prison life. In some cases, prisoners in first night cells did not have access to drinking water.

The presence of illegal drugs, diverted medications and the severe and unpredictable curtailment of the regime has led to an increased level of tension and frustration amongst prisoners. The report is also critical of the management structures that it felt did not ensure that prisoners were kept safe or that a constructive regime was in operation. With regards to those prisoners likely to self-harm, the report also expressed concern that the use of observation cells and anti-ligature clothing was far too high with too much of the focus placed on protecting prisoners from immediate harm rather than addressing the underlying issues or providing therapeutic interventions.

Again the report found that when graded according to the healthy prison test, the level of respect for prisoners was poor. In contrast to the mostly good newer accommodation the older ‘square houses’ were poor with some areas dirty and neglected. The report found that managing these separated prison houses was still having a negative impact on the rest of the prison, though living conditions on these sites were good.

With regards to staff-prisoner relationships the report found them to be respectful but distant. Prisoners are less satisfied with their relationships with staff than at the 2012 inspection. Of the exchanges observed between staff and prisoners the inspectors felt that whilst the interactions were generally appropriate, staff had low expectations of prisoners and tended to respond to requests rather than initiate interactions.

Interestingly, the report found that whilst equality and diversity work had been improved thanks to better senior management leadership and improved conditions for foreign national prisoners, monitoring data highlighted consistently poorer outcomes for Catholic prisoners. It also claimed that the needs of minority groups, including those from black and minority ethnic groups as well as gay prisoners were not sufficiently acknowledged and there was no forum for older persons or evidence of an attempt to engage prisoners from a traveller background.

There was also criticism of the prisons complaints system which the report claimed was in “disarray.” It said that 1,500 complaints, dating back as far as the summer 2014 remained outstanding and that prisoners expressed less confidence in the system than they had during the 2012 inspection. 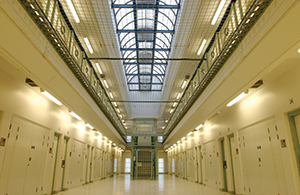 The report found that when graded according to the healthy prison test the level of purposeful activity at Maghaberry prison was poor. The report found that the regime was curtailed on a daily basis and nearly all prisoners spent too much time in units with nothing to do. The inspectors believe that there are “far too few activities for the population” and “urgent action is needed to stabilise the regime.”

The frequent and unpredictable lockdowns leave prisoners frustrated. However prisoners in the separate units were found to have good access to out of cell time and a range of activities. The library is regarded as satisfactory though it requires a wider range of books to match prisoner needs and aspirations. Physical education provision is led effectively, with personalised fitness assessments and training programs available however, the report claims that more needs to be done to involve older people and disabled prisoners.

At the last inspection 13 recommendations were made to improve Purposeful activity at the prison. None of the recommendations have been achieved with six having been partially achieved.

The inspectorate found the prison’s approach to resettlement to be reasonably good when judged against the healthy prison test. Good use was made of temporary release although the rationale for using it needs to be clearer. Prisoner development arrangements were generally good and public protection work was mostly appropriate. The report also praised the reintegration work as “good” and claimed support in resettlement pathways was generally reasonable. However inspectors did feel that the number of offending behaviour programmes places need to be raised to meet prisoner needs.

The report lists nine concerns it has about the prison and a raft of recommendations on on how to address the problems. One of the concerns the report lists is the serious and imminent risk to the safety of staff and prisoners at Maghaberry prison. To address this, the report recommends that urgent and decisive action is taken to strengthen the leadership of the prison, which must:

•   provide visible reassurance and authority to staff and prisoners;

•   develop a security strategy relevant to the needs of the prison;

•   prioritise the delivery of a predictable and decent regime;

•   take robust steps to reduce the availability of illicit drugs, ensure the administration of prescribed medicines is carried out to Nursing and Midwife Council standards.

The report also states its belief that the health service in the prison has deteriorated since the last inspection and requires urgent improvement to ensure public safety. It recommends that within one month of receipt of this report, the South Eastern Health and Social Care Trust and the Northern Ireland Prison Service should submit an action plan outlining the steps required to address concerns. These steps should amongst other things include:

•   ensure all equipment and drugs are safe to use.

Another of the concerns the report lists is the lack of assurance with regards to equal treatment of all prisoners, particularly Catholic prisoners and those with disabilities. To address this, the report states that the prison should investigate and address the reasons for the poorer outcomes for Catholic prisoners, put in place arrangements for the effective and credible investigation of discrimination complaints and consult prisoners with disabilities and other minority groups, to ensure their needs are understood and met.

Commenting on the Report, Prison Service Director General, Sue McAllister expressed her disappointment at the report’s findings but stressed that improvements are already underway with staff absenteeism falling sharply since May. Her words have been echoed by Justice Minster David Forde MLA who admitted that the report had flagged many serious issues that need to be addressed. “The conclusions of the Inspection Team show the scale of the challenge,” he said. “Maghaberry is a very complex prison.”

“However, in the six months since the inspection, the prison service has improved the immediate performance of Maghaberry, as well as putting in place a longer term plan to ensure the prison is delivering better outcomes for prisoners. The appointment of Phil Wragg as Governor, and the refreshed experienced senior leadership team put in place at the prison has already led to improvements in a number of areas, and this will continue.”