Trevor Lunn has been an Alliance Party MLA for Lagan Valley since 2007 and is the party’s Communities spokesperson. Serving in what is likely to be his last term the former Mayor of Lisburn discusses his frustration at the current stalemate, his attitude change to same-sex marriage and his long-standing passion for the organ.

I was born in Buckinghamshire, my Father spent the war years in England and I came along in 1946. He was a Dunmurry man and brought the family home in 1948. School years were at Malone Primary and Belfast Royal Academy. My working career was in the insurance business working for large companies before setting up my own brokerage in 1981, in Lisburn. I sold the business in 2006 and joined the Assembly in 2007, having served as a Lisburn councillor from 2001 and as Mayor 2006-2007. Within the Assembly I was Education spokesperson for nine years and had two terms on the Public Accounts Committee, both of which were hugely enjoyable. I also spent some time as Justice spokesperson and on the Policing Board. The current impasse is very frustrating, there is so much to do and the Public are rightly angry at the lack of progress. This is probably my last term and it is not the way I want to finish.

My interest in politics didn’t develop during my early years. When I married Laureen and moved to Lisburn our MP was Jim Molyneux, who had the largest majority in the UK and though a nice man, didn’t represent my view of the world. My real interest began in 1990 when I was encouraged to attend an Alliance Party meeting in Lisburn and met Seamus Close. I joined and stood for council the following year, finally being elected in 2001. Seamus was an inspiration to me for many years, sadly we lost him recently but he remained my very good friend for all of those 30 years. Northern Ireland needs more politicians like him.

Who do you admire in politics or public life / political role models?

I admire Naomi Long greatly, and of those of previous generations, John Hume and David Trimble stand out along with Oliver Napier. All forward thinkers and in Oliver’s case a real visionary who began the process towards the changes in our politics which are now coming about.

What drew you to the Alliance Party?

Alliance was the only party I could have joined in 1990. Our policies of inclusion, a shared future, integrated education, liberal social policies on matters such as equal marriage, which I admit I took some time to embrace, and non-sectarian politics in general all chimed with me. I grew up in a unionist household but Alliance doesn’t designate as unionist or nationalist and that is fine with me, our politics should be about more than the border and the union. We should be able to agree about Irish language without the current rancour. 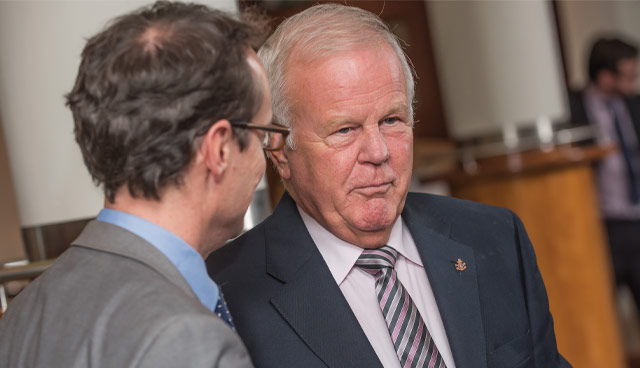 This is probably my last term and it is not the way I want to finish.

I want to see Northern Ireland, and Lisburn Castlereagh in particular, prosper economically and to see our population shed their inhibitions and grow together as a shared society where we can live together without fear, respecting and embracing each other’s cultural differences. The shadow of paramilitarism still hangs over us and we have legacy issues which must be dealt with. Northern Ireland should be one of the best places in the world to live, but we have some way to go. Although they are not constituents, I have worked with the Ballymurphy families for many years now and hope they, along with so many other victims achieve outcomes they can live with. The victims of institutional abuse and those seriously injured in the Troubles must be compensated without delay.

Outside work, I played a lot of golf and table tennis back in the day. I also enjoyed running. Nowadays the running has become walking, which I still do as much as I can. My daughters and three grandchildren keep me busy. I have a large garden which gives me much pleasure (my mother would be amused, she couldn’t even get me to cut the grass), but my lifelong interest has been music. As well as piano, I first played the organ in church around the age of 14 and still do to this day. So many churches have moved away from organ music but for me, even at my modest level, it remains the best. I have no objection to more modern stuff and different instruments but we should be able to coexist. Sounds like a real Alliance attitude, I suppose.