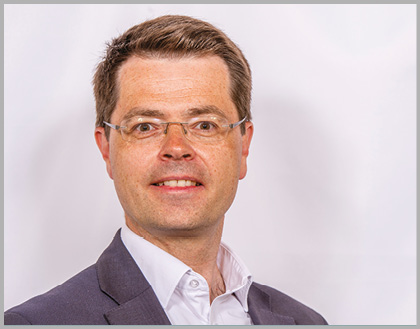 Donations to political parties in Northern Ireland are to be made transparent after Secretary of State James Brokenshire announced the move to bring Northern Ireland in line with the rest of the UK.

While the publishing of donations to political parties in Northern Ireland was widely welcomed, Brokenshire’s decision not to backdate the records available has been criticised.

The ban on identifying the donors to Northern Ireland parties began during the Troubles over safety concerns, however, draft legislation was put out for consultation by the Northern Ireland Office in 2014 that would have made records available from 2007-08, and automatically released any details from 2014 onwards.

The legislation failed to receive significant political backing and it wasn’t until January of this year that Brokenshire, prompted by a positive vote in Belfast City Council to reveal the names of those who make large donations to Northern Ireland politicians, announced that he was to revisit the issue, stating that the political and security context had “changed significantly” since the last consultation.

Writing to the shadow Secretary of State in July, Brokenshire outlined: “I set out my intention to bring secondary legislation before Parliament that would provide for the publication of all donations and loans received by Northern Ireland parties. This would take effect in respect of donations and loans received on or after 1 July 2017. Having considered the written representations received, I did not believe it right to impose retrospective regulations on people who donated in accordance with the rules as set out in law at the time.”

The proposed legislation is currently the subject of statutory consultation with the Electoral Commission.

The Electoral Commission welcomed the move, but added: “While all reportable donations and loans received from 1 July 2017 will now be published by the Commission, we would also like to see the necessary legislation put in place, as soon as possible, to allow us to publish details of donations and loans received since January 2014. Such a move will only help to further enhance today’s positive announcement on future transparency.”

The move also brought a mixed reaction from Northern Ireland’s political parties. While all parties welcomed the increased transparency, both the DUP and UUP expressed in writing to Brokenshire their desire that legacy donations not be revealed. The DUP said that they were of the view that legislation should apply “to those donations and loans received following new legislative provisions taking effect”, while the UUP proposed the change taking effect from the beginning of the 2017/18 financial year.

Sinn Féin did not specify a date but said retrospectively that they supported the publication from January 2014 of all donations over the reportable threshold. The SDLP suggested that it be up to the SoS to set a date.

The Alliance Party, who have constantly campaigned for greater transparency, were critical of the move and suggested that Brokenshire’s decision may have been influenced by the then ongoing negotiations between his party and the DUP to form a government at Westminster.