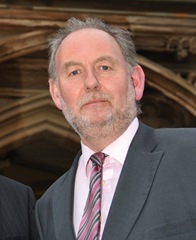 Reg McCabe puts the case for a faster Belfast-Dublin railway, with two stops, and predicts that a continental-style rail link is possible. The current service fails to compete with quicker road journeys.

On 20 October last, the North/South Ministerial Council (NSMC) transport sectoral meeting discussed progress on the Dublin-Belfast rail link including a submission jointly prepared by the Centre for Cross Border Studies and the Joint Business Council that dealt with future development of the service. NSMC officials were asked to discuss the issues raised with the two operating companies who will be invited to respond in a presentation to the next NSMC transport meeting, in February.

Ministers were informed of the intention of Northern Ireland Railways to provide an additional Enterprise halt at Lisburn, subject to provision of facilities. However, this would not be viewed as a welcome development from the perspective of users who are concerned at the lengthy journey time between Dublin and Belfast which now compares very poorly with the road option.

The joint submission argues for a different approach based on reducing the number of stops from four down to two which would reduce journey times by 15 minutes at no extra cost. The benefit to users of an additional stop is questionable, particularly as Lisburn is so close to Portadown. If this plan is adopted, the average gap between stations served in Northern Ireland will be reduced to only 12 miles, compared to 25 in the Republic.

The main thrust of the joint submission relates to the scope for securing short- term improvements which could deliver significant speed improvements at low cost. The long-term potential in terms of the development of a high speed continental-style service linking Belfast, Dublin and Cork is also addressed.

This opportunity is linked with development by 2020 of the Dublin rail interconnector tunnel linking Heuston and Connolly stations. This link will be electrified as its principal focus is on extension of the Dart service to Kildare. However it is critically important in terms of functionality that the ability to support high speed inter-city services be provided.

As pointed out by the IBEC-CBI Joint Business Council submission, the long- term trend of strong growth in cross- border road traffic, combined with rail usage figures, would appear to indicate that the Dublin-Belfast rail line’s share of cross-border trips is being eroded. Ongoing improvements on the M1 road corridor seem set to reduce journey time and increase the attractiveness of the journey by road further.

There is growing concern that the rail line is becoming less efficient and punctual, in part due to the ageing rolling stock and losing customers as a consequence. The collapse of the Malahide rail viaduct in August 2009 – followed by a three-month closure – cast a harsh light on the line’s safety standards.

As a result, a group of regular users of the service and interested organizations came together for two seminars in Belfast and Dublin in March and May 2010 (at which Iarnród Éireann and Translink were also represented) to highlight both the key issues which need immediate attention to prevent the further deterioration of the service and the potential for future development.

The Dublin-Belfast rail link currently falls significantly short of a modern inter-city rail service. There are only eight trains each way per day. These take two hours 10-15 minutes end-to-end. There are also long gaps between services during key parts of the day which is a significant disincentive for business or regular travellers, as is a timetable without any arrival times before 9am in Dublin or 9.45am in Belfast.

In this sense, the service compares unfavourably with both the Dublin-Cork line, which has an hourly service, and indeed all other major lines into Dublin which have at least one train arriving in Dublin before 9am.

There is a particular issue of Enterprise trains approaching Dublin having to slot in behind DART suburban services because of the limited track available, usually arriving 10-15 minutes late as a result. Thus a poorly timetabled two-hourly service and frequent punctuality issues combine to produce a service which is unacceptable, particularly from a business point of view.

The next NSMC transport meeting is scheduled for February.