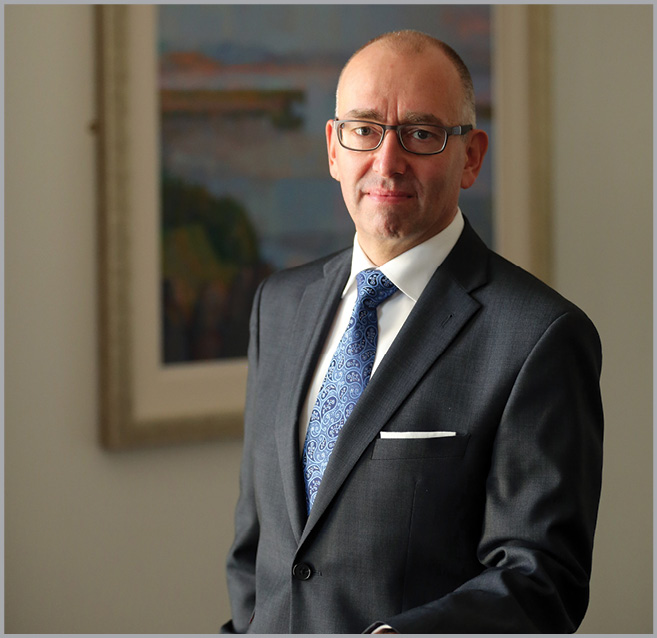 Kevin Kingston, Chief Executive of Danske Bank in Northern Ireland, talks to agendaNi about his first year leading the bank and how Brexit and low interest rates have impacted on the business environment.

Reflecting on his first year leading Danske Bank in Northern Ireland, Kevin Kingston states his ambition for the bank during that period: “I came into this job with the firm belief that this bank had a real opportunity to establish itself as the clear market leader locally. Despite Brexit and other surprises, everything I have seen over the past year has confirmed that belief.”

Still formally constituted as Northern Bank Ltd, but trading as Danske, the bank has been operating in Northern Ireland for over 200 years. “We are proudly a Northern Ireland bank and that makes us different. We are the only bank that is focused on Northern Ireland as its home market and that means we have an added stake in this economy and community. That sets us apart from the competition,” he says.

Kingston believes the bank’s success is due to a number of elements: including that local focus, a strong Northern Ireland based management team and a solid customer base. As the in-coming Chief Executive back in November 2015, he saw his main challenge as addressing the need to improve some of the bank’s products and to improve its service offering. An example of this has been the focus on the mortgage market over the past year. Danske Bank didn’t have its “natural” market share of the mortgage market in Northern Ireland. “We needed to make improvements to our offering and we needed to look at our application turnaround times to improve customer service. We have done that and that has led to real success.” In the first half of this year the bank has approved as many mortgages as it did in the whole of 2015. Also in the personal banking market Danske Bank has launched a new reward-based personal current account which Kingston acknowledges was a gap in the bank’s product offering and has made a “real difference”.

The recent successes in the personal banking market come against the backdrop of being the established market leader in business banking, an area Kingston knows intimately, having previously led the business banking division for many years. Danske has significantly grown its overall business customer base over the past decade to become number one in the market. “That has been based on a strong local team at every level, and on the fact that our regionally based finance centres are rooted across local districts. We have a real desire to do business and that has set us apart over the past few years.”

Kingston is keen to emphasise that Brexit and the low interest rate environment that the bank now operates in are two different challenges. On Brexit, Danske Bank has undertaken an “intensive review” of the impact on the bank and on its customer base. “Over the course of the next couple of years Northern Ireland will continue to find a way forward. I think we will be facing lower economic growth but Northern Ireland has faced those sort of challenges in the past and I would be confident that we will continue to do so.”

Interest rates are a different challenge. The recent reduction in the base rate is good news for borrowers but not so good for savers. “It is important to note that we are also a major depositor, with a very strong liquidity position. That is one of the reasons Danske Bank has been able to grow so rapidly in recent years. Equally the lower interest rates will have an impact on our numbers and that will continue to push us to focus further on efficiencies and on new ways to deliver better customer service, but in a more efficient manner.”

Reflecting on the new era of low interest rates, Kingston says that the experience of Danske Bank sister companies across Europe will be invaluable in learning to cope with such an environment. “We have sister companies across Europe that are delivering strong sustainable business models with interest rates that are a lot lower than we have. Denmark and Sweden both have experienced negative interest rates and they are still delivering good healthy returns. There is a lot we need to learn from the rest of the Danske Bank group.”

Following the Brexit vote, Kingston says that the bank has looked at the impact on its customers. Like many business leaders he sees the positive aspects first. “We have a strong customer base of exporters and certainly in the short-term the drop in sterling means that they are more competitive on price.” He then acknowledges that the change in sterling has not been good for those companies that import their raw materials. However, Kingston is overall optimistic: “I don’t think we will see many businesses fundamentally challenged at this stage. I am confident that our customers are pretty robust. The big issue is probably two or three years down the road: what exactly is that relationship going to be in terms of trading with the EU and the rest of the world.”

Consumer confidence since Brexit has been “fairly robust”. “There was a slight dip in consumer confidence but the trend is still encouraging. Looking at our personal banking business, we expect mortgage demand to stay healthy over the next 12 months.” 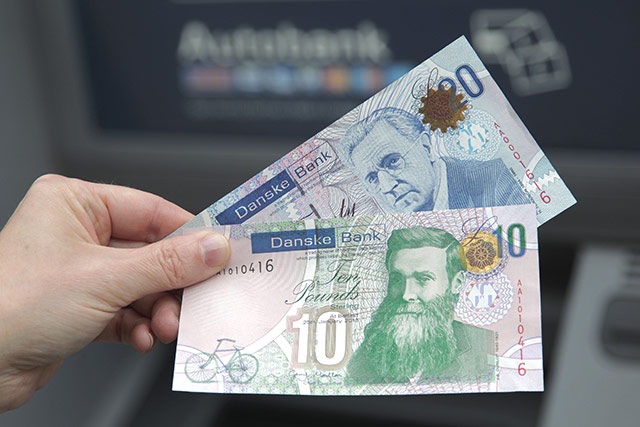 Danske Bank is also the market leader in the farming sector in Northern Ireland, one of the sectors facing uncertainty around the future of subsidies. Although EU subsidies have been guaranteed until 2020, over the longer-term Kingston says that this is a sector that will have to reposition itself for a “new world”.

“We are focused on supporting our customers in this sector – a sector in which we have a huge heritage. Agri-food will always be part of our core business, but it is a sector in transition,” he adds.

Kingston is very conscious that while we are speaking the Assembly is discussing bank branch closures, albeit the branches of another bank. “The forces that are driving customer behaviour are still very real and I don’t see these changes abating in any way.” Recent branch analysis from Denmark has shown that over the past five years Danish customers have shifted from visiting a branch on average once a month to on average once a year. “That is a huge change. Northern Ireland is not seeing the same rate of change just now, but we are seeing the same forces of change. I won’t say our branch network will not change over the coming years.  I think it is inevitable that we will have to look at our own business model in the face of those forces of change, as will every other bank,” observes Kingston. 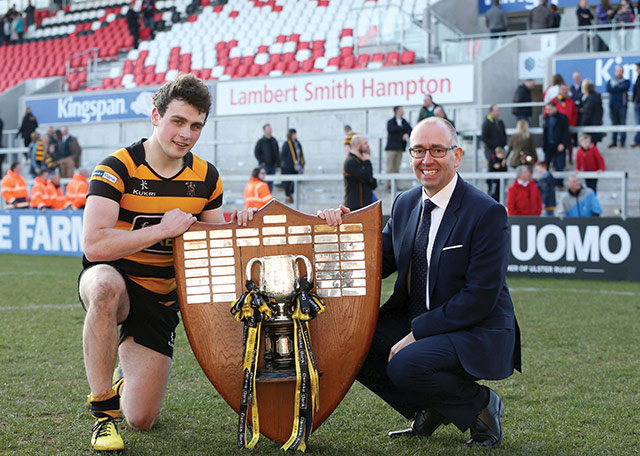 “We are focused on Northern Ireland as our home market. This is where we do our business and we are very much part of the community.”

A key driver of the change in banking has been technology. Danske Bank has benefitted from the technology platform that its parent company has provided it with. Kingston says this has genuinely been a competitive advantage not just in personal banking but also in business banking over the past decade. “When you look at the range of choices customers have when it comes to banking, the branch is still an important channel but it is no longer the central channel. Customers will continue to increasingly avail of the digital offering and we are now seeing a lot of customers leaping past the PC and going straight to a tablet or smart phone as their main means of doing their banking. The reality is that everyone is now able to do daily banking tasks from their sofa at home.”

Continuing the theme of the local bank, Kingston highlights Danske Bank’s role in the community: “We are proudly a Northern Ireland bank and as we look to the future that will become even more important.” Danske Bank support a range of local sporting competitions including both the men and women’s Irish Football League Premierships, the Ulster Schools’ Cup rugby and the Ulster Schools’ GAA.

The Bank is very active in the Northern Ireland Chamber of Commerce and Industry and Kingston was President of that organisation two years ago. It also supports the Northern Ireland Science Park, now called Catalyst Inc, and has a range of support activities in place across the agri-food sector. “All of that is part of who we are as a bank because we are so focused on Northern Ireland as our home market. This is where we do our business and we are very much part of the community. That drives the level of engagement by our staff, because they care about the future of this place.”

Looking to the future the bank is facing a lot of uncertainty from Brexit, low interest rates and fast changing technology and customer behaviour. “From a business perspective our priorities will continue to be the pursuit of growth in the personal banking market and to continue to build on our leading position in business banking.”

“We are all very conscious that the economy will be challenging in 2017 and our latest GDP forecast for Northern Ireland is for 0.5 per cent growth next year. Uncertainty will continue to be a feature of the market, but I remain optimistic about what the future holds for our bank and this region,” concludes Kingston.