Senior Economist at the Nevin Economic Research Institute (NERI), Lisa Wilson, highlights a lack of consensus on how the gender pay gap should be estimated and outlines her belief that the excuse of complexity should not limit policy action.

The question that is usually to the forefront of public and policy discussions of the gender pay gap is ‘what size is it?’ or in other words, ‘how unequal are the earnings of males and females?’. Less frequently asked and reflected upon, are the more basic questions of what is the gender pay gap? And how do we measure it?

These questions form the basis of a recently published NERI study looking at the gender pay gap across the island of Ireland titled, How Unequal? The unadjusted gender pay gap in Northern Ireland and the Republic of Ireland.

There is a general air in public discussion around the gender pay gap that ‘everyone knows what the gender pay gap is’ and that the only point of contestation is whether or not it is large enough to be an issue which should be of significant policy concern. In following how this discussion plays out on social media platforms, or even on webinars dedicated to the issue, this debate translates back across the screen as being played out amongst five rival opponents. Each are staunch that their position on the issue is one of absolute fact.

The NERI took interest in these differing viewpoints precisely because whilst on face value it appears as though these opposing viewpoints are born out of conclusions on estimates of the gender pay gap, what is more accurate is that they are a corollary of the fact that there is little to no consensus on how we should estimate the gender pay gap. And so, it is more accurately the case that dependent upon which estimate of the gender pay gap one is presented it is not at all that unreasonable that one would arrive at one of the various different abovementioned conclusions on the matter.

In this regard, because there is no consensus on how we should measure the gender pay gap and often little to no clarity given by those whom are presenting the estimates on just what exactly their measure is capturing, conversations around the issue are often muddied from the outset. Thus, when it comes to debates and discussions around the gender pay gap more often than not, the debate is being played out through different songs, albeit to the same tune.

And so, at the NERI we thought it worthwhile to go back to these very basic questions and sought to bring some clarity to the debate in terms of ‘what is the gender pay gap?’ and ‘how do we measure it?’.

“When it comes to debates and discussions around the gender pay gap more often than not, the debate is being played out through different songs, albeit to the same tune.”

There are numerous different ways to measure the gender pay gap and various different decisions need to be made in doing so. These differences in measures and the fact that there is little disclosure of this fact in estimates of the gender pay gap may go some way to explaining why some equate the issue with fake news. The gender pay gap is oft depicted as a discrete single, easy-to-understand concept, and so these disparities in estimates come across as unreliable and at the more extreme end made-up. Alas, that is untrue, but not being forthright about the limitations of one’s measures does create this perception.

When seeking to estimate the gender pay gap, the earnings period for which the earnings data covers (hourly, weekly, annual earnings) also matters, a lot. In this regard, whilst it is most common to see the gap based on the difference in hourly earnings we need to remain cognisant of the fact that when a woman applies for a mortgage or a car loan, she is not asked about her hourly income. The income statistic that affects whether or not she gets the loan, and indeed what kind of life she is able to afford, is her annual income.

Furthermore, when looking at differences between men’s and women’s pay there is a choice as to which point of the earnings distribution we seek to compare and whether estimates of the gap in earnings are based upon differences in mean or median earnings. Depending on which measure we use we tend to get somewhat different estimates of the size of the pay gap.

There is a tendency in discussions of the gender pay gap to prefer exact ambiguity. However, policy action in the area will only have limited success while we accept the excuse of complexity. 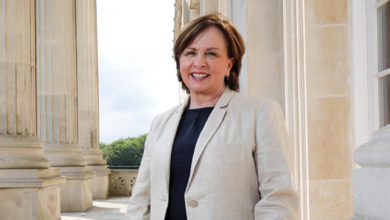 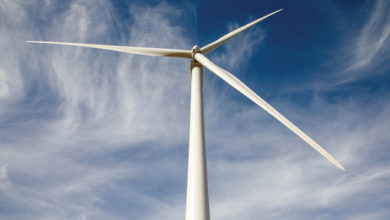