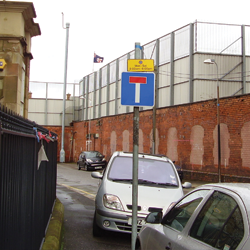 The Executive’s new programme to tackle poverty sets aside £80 million for deprived areas but critics claim that it will have a political bias.  Peter Cheney analyses the Social Investment Fund.

While none of the Social Investment Fund’s £80 million has yet been spent, the initiative has already divided political opinion, with questions raised over how effective it will be in meeting the needs of deprived areas.

No one disagrees with its aims of reducing poverty, unemployment and dereliction but the Executive’s smaller parties have warned that the fund will favour groups close to the DUP and Sinn Féin.

Long after the end of the Troubles, the quality of life in areas worst affected by the conflict is still poor.

Male life expectancy is nine years shorter in inner city Belfast than in Finaghy.  Only 23 per cent of children on the Beersbridge Road leave school with five good GCSEs.  Child poverty in Ballymurphy stands at 77 per cent.  The UVF, UDA and dissident republican groups also remain active in deprived neighbourhoods.

The Executive decided to set up the Social Investment Fund on 22 March 2011, at its last meeting before the Assembly election.  Its objectives are to help communities:

A consultation took place between September and December 2011 and the Executive approved a plan for operating the fund on 17 May 2012.

For the purpose of the fund, Northern Ireland will be sub-divided into nine ‘social investment zones’, each with its own steering group and area plan.  Four will be based on the Belfast constituencies while the others will mostly mirror the existing health and social care trust areas.  Derry City Council will be set aside as a separate zone from the rest of the Western Trust area.

Each steering group would organise “community consultations and conventions” to help it draw up an area plan.  Area plans will be signed off by the First Minister and deputy First Minister.

Supporters say that the fund will reduce duplication, although it is the latest in a series of funding initiatives for deprived areas e.g. Neighbourhood Renewal.
Education Minister John O’Dowd has stated that the Executive wanted to ensure that “the most vulnerable in society are protected as far as possible from the demoralising impact of the continuing economic downturn.”

Steering groups are due to be in place by early September, and each one will comprise:

Nominations for voluntary and community members closed on 29 June, just three days after the last information session.  The consultation warned that small groups could be sidelined by self-appointed ‘gate-keepers’, who often have paramilitary links.  As political seats will be determined by d’Hondt, most of these will go to the DUP and Sinn Féin.

Although the aim is to help communities in the downturn, it is still unclear when the first payments will be made.  The fund was first proposed in December 2010 and progress is unlikely before December 2012.

SDLP Social Development Minister Margaret Ritchie cut the funding after riots organised by the UDA in the summer of 2007.  A loyalist community worker challenged the decision’s process through a judicial review.  An April 2009 judgment overruled the Minister and ordered the funding to continue.

The Financial Assistance Act was passed in February 2009 to allow for the £150 payments to help households in fuel poverty.  The Act allowed the First and deputy First Ministers to take money from all ministers’ budgets, including the Department for Social Development’s funds for fuel poverty and housing.

In each case, all the parties shared the same goal: standing up for deprived areas.  The DUP and Sinn Féin claimed that the smaller parties were being indifferent to hardship on the ground, but the UUP, SDLP and Alliance claimed that the moves were politically-motivated and lacked accountability.  A similar debate has occurred this time round.

Mike Nesbitt says that the Social Investment Fund plans “provide more questions than answers” and has warned that it could become a “slush fund … to curry favour in certain parts of the country.”  Alliance MLA Chris Lyttle commented that OFMDFM has been “anything but clear and transparent”.

The SDLP’s Colum Eastwood has called for the £80 million to be added to the Neighbourhood Renewal programme or spent on hardship payments to individual householders: “This is not good government or a good way to help those in need.”

The three dissenting parties, though, have been keen to avoid outright opposition to the plans.  The fund is likely to make a difference on the ground and represents a large investment by government.  It is not yet clear, though, whether it will be more effective than existing programmes to alleviate poverty or whether it will be fairly distributed.

*unspent and to be re-distributed