agendaNi profiles the ideas for action suggested in a recent review in to sectarianism in Northern Ireland, aiming to bring about resolution through reconciliation.

The recently launched ‘Sectarianism in Northern Ireland: A Review’ report was sponsored through a fund established in the name of Sir George Quigley and prepared by Professor Duncan Morrow of Ulster University in conjunction with the members of the Sir George Quigley Fund Committee.

It outlines how, despite strenuous and continuing efforts, sectarianism persists in Northern Ireland 21 years after the Good Friday Agreement. The “dire” and “adverse” consequences of sectarianism hinder the “steady growth of reconciliation”, the authors argue; and as such, are damaging to Northern Ireland’s global image, at a time when the region is promoting itself as a base for inward investment.

While seeking to address the “phenomenon of sectarian divisiveness” which exists in Northern Ireland, the reports seeks to go beyond diagnostics and suggest “positive and practical” means for progress to bring the issue of sectarianism to successful resolution “through reconciliation”.

“The purpose of the Review is to seek opportunities for change towards a much less divided society, where partnership and collaboration are normal and friendship is routine. The proposals are intended in a constructive spirit: to provoke thought and further ideas, rather than to limit or constrain further development.

“The hope is that this can be the stimulus for evolution across our entire community of a new energy and drive in the search for a more peaceful future.”

agendaNi profiles the series of ideas for action included in the report’s findings:

The report suggests that a loss of momentum in progressing a shared future also risks losing the benefits of learnings and experience. It notes that absence of government commitment retracts the obligation and in policy or public service to acknowledge the need for change and so not addressing fundamental division. Action should be taken to place the addressing of sectarianism at the centre of government through clear principles and policies. These principles should be diffused and applied by and within communities. It suggests a government body charged with developing, co-ordinating and overseeing implementation.

The authors suggest a greater role for the civic voice in the public agenda, drawing on views from a wide variety of backgrounds. Additionally, the facilitation of greater mutual understanding in relation to inter-community issues of a divisive nature which would “necessitate provision of means of direct and in depth inter-community consultation where there is danger that divisions over social issues are likely to polarise on a sectarian basis”.

Recognising the potential gains to the economy from a society not riven with divisiveness, the authors suggest a business fund for community and social benefit and progress. Under the umbrella of ‘Creating the Future’ such a fund would be independent of politics and have clear principles of supporting a non-sectarian society. It also suggests an independent think tank to inform discussion and the integration of anti-sectarian principles into corporate social responsibility (CSR), developing on good-practice models already in existence but tailored to circumstance and location.

The report also suggests a role for business in utilising new technology to support community communication and investment in youth and neighbourhood programmes. Finally it suggests a mechanism to recognise civic champions to promote inter-community relationships through entrepreneurial activity or trade.

Building on investment suggestions, the report recognises the benefits of directing investment in children and young people from an early age. However, it is equally aware of the influence of mentoring. It suggests the extension of support for and from parents and guardians by involving them in inter-community programmes for children in early education. It adds that mentoring should be extended through schools and youth services to include a formal programme of mentoring to engage with others in positive collaboration.

“Government should shift the emphasis when funding anti-sectarianism to personal outcomes, rather than organising programmes or events (outputs),” the report states, recognising a lack of attention on outcomes for young people in developing schools’ programmes. It also suggests government policy establishes a permanent programme to ensure clear alternatives to paramilitary involvement for young people and, additionally, the PSNI and Policing Board delivering a comprehensive programme to address anti-social behaviour issues lawfully in the face of attacks on young people by paramilitary gangs. Further, civic engagement should be encouraged, potentially through a Youth Volunteer Academy on a cross-community basis and the lowering of the voting age to 16 would be an important investment in civic culture. The success of youth assemblies in other parts of the UK suggest this should be a priority for Northern Ireland.

Recognising the influence of schools on every child and family, the report highlights that while integrated education has both supporters and doubters, there is widespread agreement that the school system should actively and consistently encourage relationships beyond traditional community divisions. It suggests every school planning their curriculum as ‘shared education’ and alongside this recognising the opportunity to apply the concepts of shared and integrated education through the classroom curriculum.

All subjects at primary level should be expanded to include elements of anti-sectarianism and at secondary level core subjects could include “clear elements which address differences, common ground, cultural traditions, diversity and contentious debates”. Additionally, there is a gap to be addressed in teacher training around issues of contention and such training should be mandatory.

“The infrastructure of statutory and voluntary youth services needs to be properly supported and encouraged across Northern Ireland. This should include an anti-sectarian education framework which encourages young people to explore issues of difference and build friendships of lasting value,” the report states. Recognising that youth work can play a significant part in developing civic responsibility, it adds that organisations working with young people should be supported to create programmes for participants from a different community or cultural background, including mentoring programmes.

Outlining the basis of a shared society as the rule of law and confidence in justice, the report indicates the need for the establishing of a forum for police and young people, within each Policing and Community Partnership (PCSP) to identify issues and practical solutions. The PSNI should encourage its own participation in youth programmes, such as the previously suggested Youth Volunteer Academy. On a broader engagement basis, the bodies responsible for justice should develop an “imaginative and robust” mechanism for reporting intimidation, paramilitary activity and sectarian/racist behaviour.

While churches remain important to many people in Northern Ireland, they are also often associated with sectarian divisions through their differences. The report suggests a church leader’s agreed programme to encourage acceptance of and respect for other faiths. Supporting this would be the establishment of a centre of intercommunity hospitality which demonstrates core faith commitments in public and a programme of values, faith and volunteering which recognises practical commitment to antisectarianism within the religion syllabus for Northern Ireland.

Suggestions for actions in this area are diverse. The report recognises the role the arts, sport and culture already play a crucial role in providing shared experiences, it also highlights the need for co-ordination, direction and continuity. Suggestions range from the creation of a festival of diversity organised by the Education Authority, through to consideration of investment in a shared sports anthem and a role for local government in providing shared and open experiences through sport.

The report highlights the common belief within its research that efforts to address sectarianism would be enormously helped from a designated communications strategy which could inform, entertain and energise. A ‘Grounds for Hope’ campaign could include people from different sectors working together, including philanthropic organisations and could be taken forward by private and voluntary organisations. Recognising divisiveness within social media, the authors believe that a campaign should include a social and PR campaign designed to engage a wide audience, including ‘good news stories’ and targeted advertising addressing emergent issues of sectarianism, hate crime and discrimination. Finally, it suggests that the BBC and Channel 4 should commit to producing landmark television, film and radio material which specifically addresses anti-sectarianism.

The final point for action looks at funding policies to further reconciliation. The review hopes to not lonely encourage new funding streams from government but also see a redeployment of existing provision. The authors suggest that as well as community involvement in developing policies, so too should this occur for financial planning. The report recognises a plea for longer commitments in funding around building an sustaining relationships, changing the narrative of division and supporting ways to overcome structural barriers to partnership and collaboration. “A number of flagship projects should invest in people as well as capital,” it adds.

Finally it suggests the Government should “establish an Independent Funding Ombudsman for Northern Ireland, who can ensure equal access to funding, fair monitoring and effective practice and who can identify bad practice in funding and provide remedy”.

The full report can be viewed at https://bit.ly/2Ppa7zi 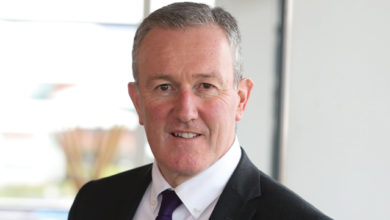 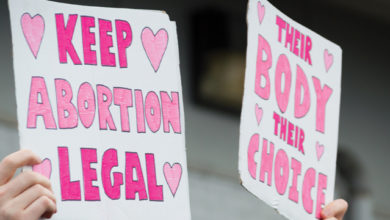 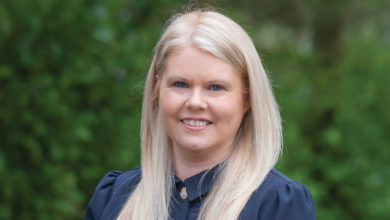 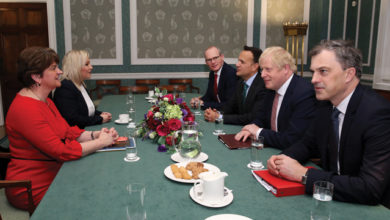