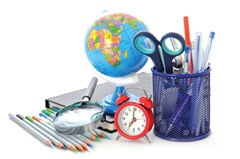 Hundreds of schools in Northern Ireland could be under threat of closure due to low pupil numbers. agendaNi looks at the debate around school viability.

A map, based on Department of Education statistics, has highlighted the number of schools that are below enrolment targets and therefore considered “unsustainable”.

Under targets set out by the department, the number of pupils for a primary school to be deemed viable is 140 in urban areas and 150 elsewhere. For post-primary schools the figure is 500 pupils for years eight through to 12 and 100 at a sixth form in an 11-to-18 school.

The map suggests that in Belfast alone around 30 schools fall below official enrolment guidelines. Also, 81 per cent of post-primary schools in Fermanagh are thought to be unsustainable. However, there is no indication that any of the 400 will be closed.

A spokeswoman for the Department of Education said that the map “would not be used to decide on the future of any school”. The department’s policy for sustainable schools outlines a range of factors, including accessibility and financial position, which are considered before closure.

Caitríona Ruane has approved three school closures this year, stating the “steady decline in enrolments over a period of several years” as a reason for each one.

Frank Bunting, northern secretary of the Irish National Teachers Organisation, said there are too many schools in Northern Ireland and that this is demonstrated by agreed ongoing school rationalisation, amalgamations and closures.

“There is complex school provision,” he commented. In any one area there can be Catholic, controlled, integrated and Irish medium primary schools. All this as well as excessively generous home- school pupil transit arrangements that are simply not sustainable.”

However, Bunting said that successful school communities should be funded, even if they do not meet enrolment targets. He claimed that pupil numbers required for schools are “too high and inflexible.”

According to Bunting the department’s strategy is to halve the 1,200 existing schools in the province but “the INTO view is that small is beautiful and big schools are not necessarily best for pupils”.

Speaking about the possibility of more integration between schools, Bunting said conflict from the past “seriously inhibits any real integration of rural communities” and “the leadership of the Catholic and Protestant churches in this area to date has been lamentable”.

Avril Hall-Callaghan from the Ulster Teachers’ Union also thinks that “there are too many types of school” in the province. She said a strategy to bring all the different sectors together would help in terms of budget, but it must be done sensitively.

Each school should be considered individually, she remarked, as some under-subscribed schools are doing “excellent” work.

She claimed that the teacher unions had been attempting to negotiate a school closures agreement with the Department of Education for some time but “there seems to be little will on their part to acknowledge that this would be beneficial”.

However, a department spokesman said: “The department wishes to see a more strategic approach to planning to ensure that we have a schools estate comprising sustainable schools which provide high quality education that meets the needs of young people.”

being considered by the Teachers Negotiating Committee.