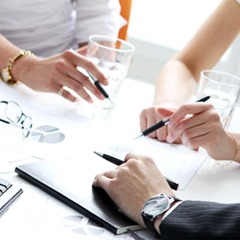 Peter Cheney examines the role of school governors in the light of the dispute over collective worship.

Most of the focus on governance in education in recent years has been on the plans for Education and Skills Authority. However, a large part of that work is carried out by the boards of governors which oversee each of Northern Ireland’s schools.

The dispute over the comments by a Baptist pastor at Banbridge High School has highlighted the importance of good governance in the sector. The remarks, made during an assembly, reportedly involved a public condemnation of gay people and non-evangelicals and led to teachers walking out. The school has distanced itself from the comments but the Irish National Teachers’ Organisation is dissatisfied with how its members’ objections were handled. The assembly took place in early 2013 and the dispute has not yet been resolved.

Governors are responsible for the conduct of assemblies. If a parent or teacher is dissatisfied with how the board has responded to their complaint, it can be referred to an independent tribunal set up by the relevant education and library board. The complaints process was set up in 2006 and the tribunal looking at this case is the first of its kind. It is due to report back to the Southern Education and Library Board by September.

A governorship is an unpaid role with a four-year term of office. Anyone aged over 18 can volunteer and a typical controlled school board includes parents, teachers, Protestant church representatives and other volunteers from the local community. The churches’ nomination rights, similarly to the duty of collective worship, were granted in 1947 in return for the transfer of their schools to the state.

An applicant is disqualified from being a governor if he or she already holds three other school governorships, has been declared bankrupt, has a financial interest in supplying goods and services to the school, or has received a serious conviction within the last five years. The posts are public appointments – usually made by the education and library board – but applicants are not interviewed prior to appointment.

As there are 10,000 governor posts, the department maintains that it is not practical to interview applicants. Information outlined on the application form is taken into account and some experience in human resources, finance, education, social work or leadership is preferred.

The school and the pastor have declined to comment on the situation as the tribunal’s investigation is ongoing.

Governors, in any community, may be reluctant to challenge behaviour in a school as they are drawn from the local area. The department, though, makes clear that boards must act independently and impartially and avoid conflicts of interest.

The case also highlights the mixed nature of the teaching workforce and also the need for schools to respect minorities whose voices are often not heard in educational debates. Controlled secondary schools, for example, are mainly attended by Protestant children (82 per cent) but 11 per cent of their pupils have no religious background,