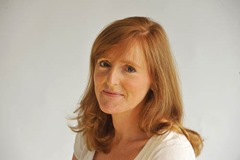 Belfast-born Rosemary Bennett has been The Times’ Social Affairs Correspondent since 2006. She read politics, philosophy and economics at Oxford University before working in political journalism with Reuters, The Financial Times and The Times.

How did you interest in journalism come about?

From a worryingly young age, I was absorbed by politics and current affairs. Growing up in Belfast during the worst years of the Troubles may have had something to do with it, although my interest was always Westminster, rather than what was going on at home.

I was intrigued by the rise of Margaret Thatcher and Labour’s implosion, the miners’ strike and the Government’s battle with the unions. I was also inspired by John Cole, the legendary BBC Political Editor, newspaperman and fellow alumnus of Belfast Royal Academy. I loved that he knew what was really going on.

How did you get into national newspapers?

The hard way. After I graduated, I worked my way up through the financial trade press – a great training ground where I reported on the bond and money markets, finally getting a job at Reuters.

Not long after I joined, I had the enormous good fortune to get a job as a political correspondent based in the Westminster lobby. I couldn’t believe my luck on the first day when I walked past the policemen waving my lobby pass and strolled into Parliament.

It was my office for 10 years, and I moved from Reuters to The Financial Times and then The Times as Deputy Political Editor. My time there coincided with Tony Blair’s years as Prime Minister. The New Labour government was manic and there was never a dull moment.

I covered stories from the Bernie Ecclestone affair to the Iraq war, did the party conferences, the late night debates and three general elections. And because Tony Blair loved to travel, I got to travel too. I have had some amazing trips to the Middle East, Africa and the US in the back of his plane.

What does the role of Social Affairs Correspondent involve?

After a decade as a political correspondent, I needed to do something different. Social affairs is about seeing what life is like for those on the receiving end of government policies, and also spotting trends and issues before they have made it onto the political agenda. 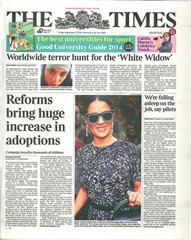 It is a great privilege to be invited into the homes of families who want to tell you about something significant that is happening to them, good and bad. If their story is in The Times, we are saying: “Look, this is important” to those who can do something about it.

Part of my job is to run the annual Times Charity Appeal which is hugely rewarding. Our readers are very generous and millions of pounds have been raised over the years for causes ranging from teaching long-term prisoners to embroider (Fine Cell Work) to teaching African health workers to ride motorbikes so they can get to see patients in remote rural villages where the need is so greatest (Riders for Health).

What are the most significant trends in British society?

We are living through one of the biggest shake-ups to the benefits system since its inception. The Government believes it is too easy to have a good living out of work but it is unclear whether their approach is going to work.

How many companies are willing to take on people who have not worked for the last decade? It will be interesting to see.

The world of work is, in itself, also fascinating. Employees are having to put up with a lot to either get started or keep their job: unpaid internships, zero hours contracts, wage freezes. Where is all that going to end?

I am also very interested by social mobility, or rather lack of it, in Britain. The middle classes, in London and the South East in particular, appear to be unassailable and the time, effort and money they are ploughing into the education of their children is considerable.

The most recent research suggests life chances are set by the age of three. What are the prospects these days for the bright working class kid who goes to the local comp? All three parties are agonising over how to make Britain fairer, but they are not getting very far.

Looking back over your career, what stand out as the most significant stories?

There have been so many. I covered the wilderness years for the Conservatives when Blair was in power. The election-winning machine of the 1980s simply fell apart. I saw through four Tory leadership contests, each with surprising results.

I covered the harrowing child abuse case of Baby P which led to the greatest crisis in the child protection system for a generation. The effects are still being felt today.

Perhaps the most rewarding story was launching a Times campaign calling for reform of the adoption laws. The number of children being adopted fell to such a low level it was in danger of fizzling out altogether. We played a small part in getting the laws changed and the numbers have risen considerably since.

I have two young daughters who manage to take up most of it. I work long hours so like to try and make it up to them at the weekends by cheering from the touchline at hockey matches or supporting their musical and theatrical efforts.

However, I manage to play tennis and run, love hiking and read a lot. My husband is a great cook so to complement his skills I have attempted to learn something about wine.