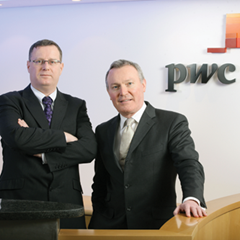 It may only be 34 words, but that extract from the Assembly statement on the draft Programme for Government is deceptively challenging. It includes promoting 25,000 new jobs, delivering a reduction in Corporation Tax and reforming public administration and education. Add the Compton Review’s proposed reform of health and social care – the most radical in a generation – and the real magnitude of reform starts to emerge.

But, as deep public spending cuts are impacting almost every area of public service delivery, the real pain of austerity is only beginning to bite. In a global economic climate that is positively Arctic, upping the fiscal temperature even a few degrees may well be beyond the power of the UK Government, let alone that of the devolved regional assemblies.

Northern Ireland’s power-sharing arrangements are not conducive to cross-department working. The achingly slow gestation of the Education and Skills Authority (ESA) to replace the Education and Library Boards and the reform of local government are just two examples of substantial efficiency gains identified but, as yet, unrealised.

Much of the resource effort in Northern Ireland focuses on repairing the consequences of system failure. An education system with exceptional top-end results, sees too many at the other end with literacy and numeracy challenges and minimal qualifications. A fifth of our young people are jobless while a remedy for NEETS (not in education, employment or training) remains elusive.

The potential spiral into dependency may have further related consequences.

In 2009, DHSSPS put the annual cost of Northern Ireland’s alcohol abuse at around £860m. More recent estimates say it’s nearer £900m. That means around 10% of the Northern Ireland block grant is consumed dealing with the legacy issues of alcohol abuse alone. The direct or contributory consequences of this one issue – public disorder, death and injury on our roads, domestic violence, offending and re-offending, mental health problems and suicide – have a devastating effect on lives and all carry a price tag and a significant impact on public services.

Add drug misuse and its consequences, and it is not surprising that more time and cost is spent picking up the pieces than breaking a cycle which erodes and damages people, communities, public services and the economy.

Ringfenced and siloed as they are, current departmental objectives, plans and targets serve in the main to dice and slice these so called ‘wicked issues’.

Those in the front line of dealing with the consequences – police, community workers, activists, hospital A&Es, charities – have long realised that only collective solutions and holistic policies deliver tangible outcomes. They also agree that the earlier ‘wicked issues’ are tackled, the better the outcomes. Changing social attitudes is fundamental to long-term prevention initiatives, yet it is one of the paradoxes of government’s annualised budgeting that resources are prioritised towards immediate need – the so called front line services.

But prevention has another aspect. The Compton Review places emphasis on maintaining people safely in their homes. Reducing pressure on acute hospital services refocuses resources on those who need them most.

Breaking the cycle of offending, particularly among short-term offenders, is not just the responsibility of the criminal justice system. Many reoffenders have drug, alcohol or mental health issues which triggered a first-time offence; the financial and social benefits of altering and averting that cycle would be immense.

Getting there won’t be easy, but it can be done. We are not short of initiatives, but many overlap and duplicate services. First, we need to be much clearer about the outcomes we want to see in healthcare, education, local development, regional investment, policing and justice, and declare these to a far greater degree as a collective responsibility. Second is an end to sector protectionism. The public sector spends taxpayers’ money and that drives risk-averse thinking. In the private sector, risk and entrepreneurship are applauded (provided the banks support you). Motivations for growth, profit and reinvestment do not sit easily with the provision of services provided free at the point of use.

Squeezed uneasily in the middle is the voluntary and community sector. Unless there is a clear link between funding and outcomes and a far greater willingness to upscale to the capacity of sustainable social enterprise, there can be no guarantee of a funded future.

But the real synergy and benefit can only come when we build capacity together.

Collaboration works and we need more of it. The private sector already works hand in hand with social care to provide home-based tele-medicine solutions and patient monitoring, avoiding costly acute hospital interventions. At the other end of the scale, Health and Social Care Trusts struggle to provide home helps and the necessary services to enhance the lives of the elderly, sick and those living alone. Would these not be better delivered by community-based social enterprises or as mutuals similar to the NHS Right to Provide initiative?

One of the most exciting recent innovations are Social Impact Bonds, where private funding is raised to deliver outcomes by non-public sector organisations which will produce a significant saving to the public sector. If and when outcome targets are met, investors are rewarded with payment of their initial sum plus an agreed performance dividend, realised from the savings to the public sector.

In Peterborough, short-term offenders leaving prison are helped into employment, trained and housed through a Social Impact Bond with trusts, charities and foundations delivering outcomes and investors, including the Big Lottery Fund, putting up the finance. The most exciting part of this initiative is that it establishes prevention initiatives which break the recurring cycle of negative outcomes and spiralling cost.

Social Impact Bonds have caught the imagination because they transfer the risk of delivery failure away from the public sector, facilitating an environment where co-design and innovation can flourish.

The issue of who pays is much more difficult. So setting aside funding mechanisms such as Social Impact Bonds we finish where we started. If the Executive is serious about rebuilding and rebalancing our economy, addressing the lingering legacy of division, reforming key public services and protecting those most vulnerable and in need, they must drive and reward collaboration as a gold seam through the Programme for Government.

The cost of ‘wicked issues’ to Northern Ireland is huge, but innovative and collaborative solutions could deliver a massive positive impact. While the Programme for Government remains a draft, there is still time to consider ringfenced funding to allow all sectors to come together and provide new thinking around dealing with those issues that blight the life chances of so many and act as a drag anchor to progress.

David Finegan and Stephen Smyth are senior managers in PwC’s public sector advisory team. They can be contacted on 028 9024 5454 or email david.finegan@uk.pwc.com or stephen.p.smyth@uk.pwc.com 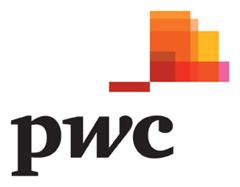