Sinn Féin MLA for South Down and former Down ladies’ Gaelic footballer, Sinéad Ennis, discusses a lifelong political interest, the challenges of representing a border constituency and her unconventional interest in Eurovision.

I grew up in Newry and went to school there before going to Liverpool Hope University where I studied Sports Science and European Studies. I’m married to Mark and we live in Derryleckagh with our two children Áoife and Moya. Before the 2017 Assembly election I was a councillor on Newry, Mourne and Down District Council and for the previous 10 years I worked for a haulage company based in Warrenpoint.

There was never one point where I ‘got into politics’. Republican politics has always been part of my life. I believe firmly that politics should be about promoting equality and tackling injustice; making sure people have a voice and someone to stand up for them. Growing up there were two incidents that had a profound effect on me: The images that were beamed around the world of people being beaten off the Garvaghy Road to allow the Orange Order to walk past nationalist homes on their way to Drumcree and also, loyalists attacking children for simply trying to go to school at Holy Cross in Belfast. Both these incidents made me realise acutely that I did not live in a normal place.

Who do you admire in politics or public life / political role models?

A number of years ago I heard Mary Lou McDonald speak at an event in Newry and she impressed me so much. I believe she is one of the most effective and capable leaders in Irish politics and I’m so lucky to have the opportunity to work alongside her.

What drew you to Sinn Féin?

I grew up around the party. Both my parents are lifelong republican activists and so I have been involved with Sinn Féin for most of my life. Sinn Féin are the only party that have Irish reunification as their core political objective and ultimately that’s the goal I try to advance in everything I do. 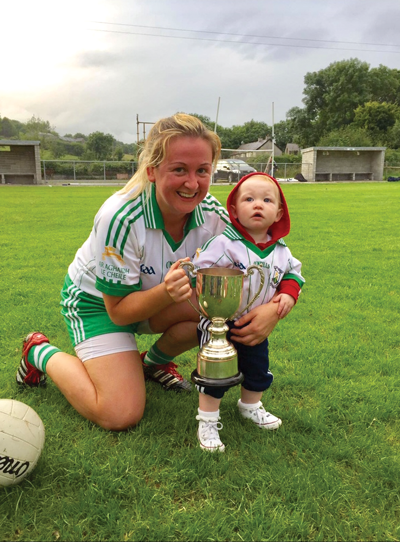 Sinn Féin are the only party that have Irish reunification as their core political objective and ultimately that’s the goal I try to advance in everything I do.

South Down is ideally placed on the border corridor. With the Mournes, Carlingford Lough, pristine beaches and forest parks all on our doorstep, we have huge potential to increase our tourism product. To do that we need to improve our infrastructure and transport links to both Dublin and Belfast. The proposed Southern Relief Road will open up South Down while also having a positive environmental impact on Newry city.

We need to build more homes for people and protect services at Daisy Hill and The Downe Hospital. Of course, Brexit threatens all of this. As a border constituency, South Down will suffer greatly if the Tories and the DUP continue their reckless pursuit of a hard Brexit.

My big passion is GAA, I play football for Burren GAC and I’ve had the honour of playing for Down for a number of years. I love music in general, but I am the biggest ABBA fan you will meet. I’ve been obsessed with the Swedish super group since I was a teenager. I’m also a member of OGAE Ireland, which is the official Eurovision Supporters Club — my knowledge of the Eurovision is encyclopaedic.