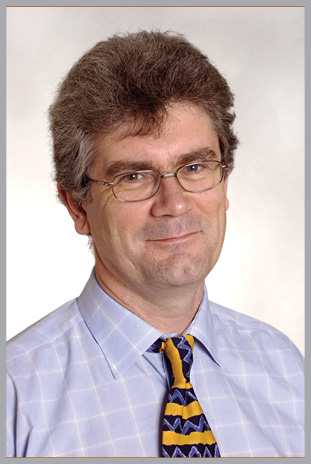 Professor of Education at Queen’s University Belfast, Tony Gallagher, discusses the prospects for education amidst of the first major departmental shake-up since 2000.

Since the establishment of the Northern Ireland Assembly in 2000 the Ministry of Education has been held by Sinn Féin. All that changed following the 2016 election as Sinn Féin opted for Finance and the DUP took the reins at Education, with Peter Weir appointed as Minister.

Perhaps wisely, the new Minister initially took a cautious approach, taking the time to read into his brief and familiarise himself with the system. But plans are now emerging. One early, and quite predictable, decision was to remove the proscription on primary schools preparing P7 pupils for the two unofficial transfer test systems. A leading English academic has also been invited to facilitate talks aimed at encouraging the use of a single test regime. This seems to be as far as Minister Weir can legally go on this issue, so the fundamental challenge to all our politicians to develop a new consensus on this issue remains open.

The Minister also appears to have stepped back a little from the Irish Medium sector, although we have to wait to see what, if anything, this means in practice. And another early decision was to soften the Department’s line on schools choosing GCSEs from examination boards outside Northern Ireland, a decision that was so widely welcomed that it was barely noticed.

Peter Weir is, however, laying down some of the key issues to be addressed in the immediate future. Despite chairing the Assembly Education Committee when it published a critical report on area planning, as Minister, Peter Weir threw his weight behind the next phase of the area planning process. His message, that there were too many small schools and too many surplus places in schools, echoed the language of his predecessor. More school closures and mergers seem inevitable.

The Minister announced his intention to review the Northern Ireland Curriculum, while providing a strong hint that there may be some softening on the requirements of the entitlement framework. Ironically this is one measure in our education system that has drawn significant international praise as an attempt to provide access to a wide range of curriculum options, including vocational or applied programmes.

At its 2016 annual conference the DUP launched a paper on educational underachievement and it is likely this will become an important focus for the Minister and Department. Despite years of interventions, the pattern of educational outcomes in our system remains very wide, and too many still complete 12 years of compulsory education with little to show for the experience. This is particularly so for children from socially disadvantaged backgrounds. The growing problem in parts of the controlled sector also remains as a specific problem and may well be one the DUP will have to show some success in addressing.

In what is perhaps a hint of the academies model widely implemented in England, schools in Northern Ireland have been invited to say if they would like control over a greater proportion of their budgets. I suspect many will like this, in principle, but may also worry at the additional responsibilities that will inevitably come with it, especially at a time when the education budget more generally is under severe pressure.

And this is perhaps Weir’s biggest immediate challenge. Under the area planning process schools are obliged to plan strategically over the next three years and, where it is a problem, to implement measures to reduce budget deficits. The Department and Executive, on the other hand, are only working with a one year budget. It is difficult to see how Peter Weir can make a strategic impact until this bigger problem is sorted out.