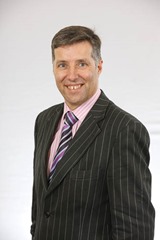 Paul Girvan was elected DUP MLA for South Antrim in 2003 and served until 2007. He was then co-opted to the Assembly in July 2010, succeeding William McCrea. Before entering elected politics, Paul worked as an electronic engineer and as a parliamentary assistant.

He has represented the Ballyclare area on Newtownabbey Borough Council since 1997 and served as Mayor from 2002 to 2004. Paul is Assembly Private Secretary to First Minister Peter Robinson and a member of the Finance and Personnel Committee and the Public Accounts Committee.

I have been interested in politics all my life. My earliest political memory was putting election posters up for the various candidates within the area, that I lived in, and indeed it was a privilege to be selected as a candidate to run in the local government elections in 1997, to represent the people of Ballyclare, which I have actively strived to do for this past 15 years, and more recently the people of South Antrim.

What do you count as your main achievement to date?

My main achievement to date would be to have found favour with the people throughout this past 16 years. Both at council and more recently at the Northern Ireland Assembly, the people of Ballyclare and the people of South Antrim have put their trust in me.

Together with my party colleagues at Westminster level, Assembly level and council level, I have sought to represent the issues that matter most to them, whether it be inward investment, new business opportunities or new private housing developments, at local and national level.

What do you hope to achieve in South Antrim by the next Assembly election?

My main hope would be to see South Antrim prosper, both through economic investment and investment in areas such as education, health and roads. South Antrim boasts having Northern Ireland’s premier airport and this provides many tourism opportunities.

Due to its main arterial routes of the M2 and close proximity to the M1, South Antrim provides excellent road networks for investors and potential inward investment to sustain our main hubs of Ballyclare, Antrim, Templepatrick, Randalstown and Crumlin.

In your view, how can society improve how it values older people?

Older people play a very important role in our society. They have worked the jobs and set the standards, and it is only right that we as a community fully recognise the part they have played and actively support our older generation, whether it be through benefits, care provision or through free transport for our seniors.

Let us not forget the sacrifices made by our older generation, whether it has been through the years of the wars or through the 30 years of terrorism or more recently. They are the major lynch-pin of our community and I, as a public representative, am glad to have been supportive of the various elderly groups within South Antrim and will by God’s help continue to be in the future. 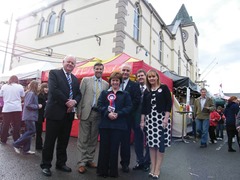 What are your main priorities on the Finance and Personnel Committee?

My main priority is the Budget and although it is frustrating at times, Northern Ireland remains very dependent upon fiscal transfers from the Westminster Treasury. Through the various monitoring rounds we examine how funds are spent. The committee undertakes a scrutiny, policy development and consultation role with respect to the Department of Finance and Personnel and plays a key role in the consideration and development of legislation.

What does the role of Assembly Private Secretary involve?

The role of the Assembly Private Secretary is a relatively new position whereby each Minister in the Executive could appoint an Assembly Private Secretary. All Assembly private secretaries are backbench MLAs who assist their party’s ministers and are briefed in the main issues inside the department’s remit. The APS can also sit on their respective committees. Essentially, the various parties see the Assembly private secretaries’ role as “helping the Minister with their day-to-day duties”.

Free time, what is that? No seriously, when I have any free time, I like to spend it with my family. Family is so important in this day and age and whether it be going out for a meal or arranging a family holiday, I believe that getting a time to relax, and refresh the mind is important.