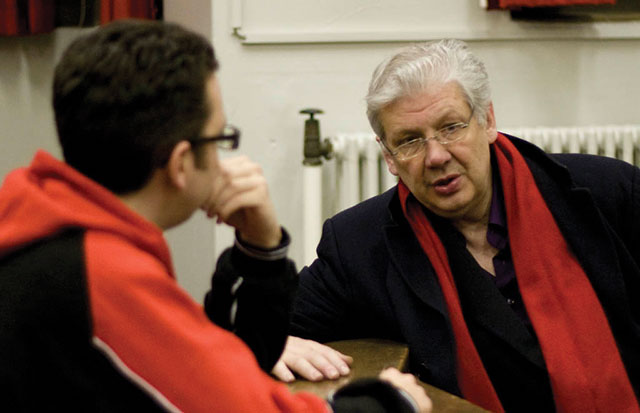 Renowned historian Paul Bew, ennobled for his role in facilitating the Good Friday Agreement, speaks to agendaNi about the power-sharing mechanism and the implications of a collapse of the institutions.

The extent to which the workings of Stormont has relied so heavily on the relationship between Sinn Féin and the DUP has always been perceived as a risk. Paul Bew explains as he analyses the new co-operative way of working projected in the first seven months of the new Assembly, prior to its downfall. A former informal advisor to David Trimble, Bew recalls at the time of the Good Friday Agreement people within the Irish, British and American Governments arguing that the best outcome of any deal would be one agreed with the “extremes of politics”. Those extremes at the time were Sinn Féin and the DUP, whose growth in popularity pointed to an inability of the UUP and SDLP to maintain their dominant position within their own communities.

Bew suggests a detraction in commitment to the GFA between those who are now leading power-sharing from those who brought it about. “Yes, on one hand we have witnessed quite long-lasting periods of devolution based principally on the DUP and Sinn Féin but on the other hand, there are risks involved in relying on those two parties to the degree which we have become used to doing.

“I have no doubt that had one of the key creators of the GFA, David Trimble for example, been placed in the same position Arlene Foster was prior to Christmas, asked to step aside for a brief period to keep the institutions intact, he would have said ‘I must make that sacrifice’.

He explains: “The current crisis is unusual and strange because it’s not the same form as those objective problems that afflicted the Executive in the early years. Huge moral and political issues like decommissioning inevitably made life hard for those with the best intentions of restoring peace in Northern Ireland. If you were at the heart of driving that deal to create the institutions then I don’t believe you would be prepared to let a scandal such as RHI bring them down. The DUP and Sinn Féin have inherited the deal, but they didn’t create it and there is the sense that it’s not necessarily the long-term combination of where either of them want to be.”

However, despite the breakdown of relationships at Stormont, Bew believes that the upcoming election will not see a large shift in voting patterns. “Unionist electoral behaviour has always been determined by what it thinks is happening on the nationalist side,” he states. “Historically, one of the reasons that the DUP began to rise in popularity is because there were indicators that the SDLP were not going to maintain their stance in the nationalist community. Once unionists saw a swing towards Sinn Féin there was a parallel response towards the DUP. I think if there is a perception that this election has an ideal set of circumstances to swell the Sinn Féin vote, the unionist electorate are unlikely to support the UUP against the DUP.”

Recently the Irish and British governments, the guarantors of the GFA, have come in for criticism, with some suggesting that they had, prematurely, taken political stability in Northern Ireland for granted and too soon. Bew recounts anger among senior Whitehall officials with then Prime Minister Tony Blair for dedicating 40 per cent of his time to Northern Ireland, adding doubts that Theresa May spends even 4 per cent of hers. However, he does not blame the British and Irish governments for changing their focus in the face of greater challenges. “Up until now, the Northern Ireland situation appeared stable. The RHI scandal was unpredictable and I don’t think that without it the institutions would have fallen. There are now a multiude of other issues dividing the parties but I don’t think they were significant enough to force a collapse on their own. Both Brexit and Donald Trump pose huge challenges to economic development in Ireland and the UK and I think the stance of the two governments has been perfectly reasonable under devolution.”

Bew believes that the GFA was designed to act as bulwark against predictable problems that could have further driven a wedge between orange and green politics, but was not designed to protect against a scandal such as RHI. This belief falls into his wider opinion that the GFA main purpose was to provide “peace and historic compromise”. 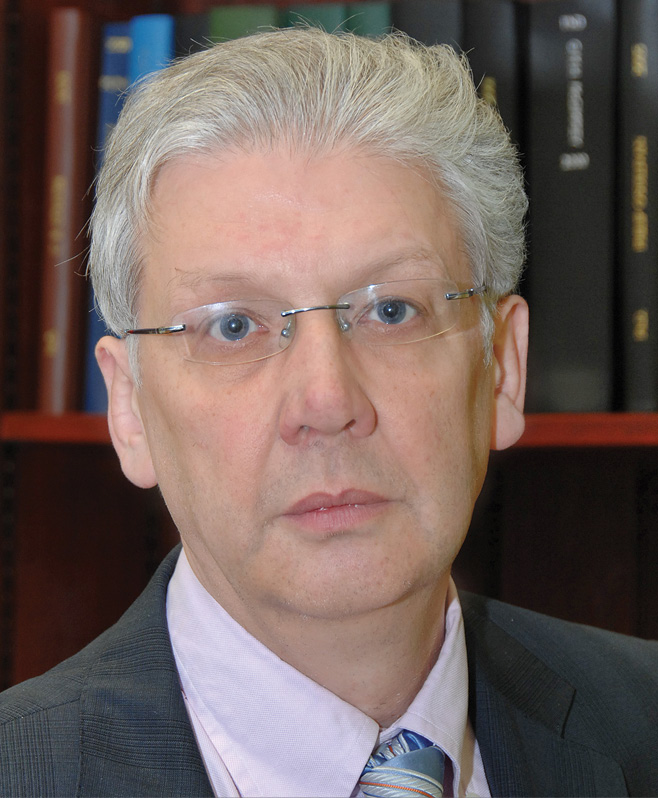 “Unionist electoral behaviour has always been determined by what it thinks is happening on the nationalist side.”

“I have never held the opinion that devolution means better governance. When I look at Wales and Scotland where their education standards are declining, I see no reason to believe that devolution produces better results for society. I never expected better governance as a result of devolution, especially not in Northern Ireland. What I expected was peace and stability because that’s what it was about, it wasn’t about good governance.

“I believe devolution is necessary for peace in Northern Ireland and while I would love if it was able to facilitate good economic and social policy, when I look back to 1998 I never assumed the landscape was being set for greater growth.” However, Bew concedes that there have been attempts at evolving the process. Pointing to the Fresh Start Agreement, he believes there have been efforts to move towards a “more modern and realistic way of doing business”.

Addressing the limitations of the GFA on issues that have proven to be stumbling blocks for progress in Northern Ireland, such as those as dealing with the past, Bew agrees that more attention could have been given. However, he details that, from a personal perspective, his focus was largely on the north-south bodies, which he believes have been “amazingly uncontroversial” this century.

He says: “A lot of my time was spent designing a model of north-south co-operation and cross border working. I think those bodies have been a success and while I agree that Brexit has posed major problems, I also think that these bodies will be more important than ever.” Challenged as to whether the bodies were being undermined by some politicians in terms of involvement contribution, Bew adds: “I think expectations are somewhat unrealistic. The GFA was never going to guarantee full-hearted participation in the north-south institutions by all.”

A member of the British Irish Parliamentary Assembly, Bew is dismissive of calls for joint-authority of Northern Ireland if a fresh Executive cannot be formed: “I don’t regard the use of joint-authority, or lack of it, as a tool to getting the institutions up and running again. I don’t believe there is a chance of it. The British have never had an interest in joint authority and that’s mostly down to them having to hand over a cheque book. The cheque book has always been a problem for Britain with Northern Ireland and I see no reason why they would agree to shared responsibility but with only one government paying for it. I add to that that unionism is a lot stronger in Westminster than it was in 1985. Unionism is no longer on the outer fringes and the faction for being anti-unionist at Westminster has passed.” 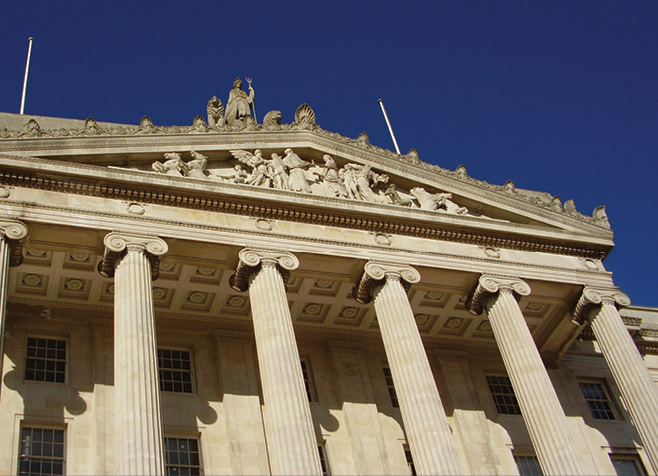 “What I expected was peace and stability because that’s what it was about, it wasn’t about good governance.”

While not ruling out the “worst possible scenario”, Bew is quietly confident that Northern Ireland will not return to the violence witnesses prior to the GFA. He points to Martin McGuinness’ words about resurrecting the institutions in his retirement speech and the words of Ian Paisley about McGuinness’ work in politics as setting a positive tone.

Speaking about the loss of McGuinness to Northern Ireland’s peace process, Bew concludes: “I have written about the past and I am not changing word of it, nor is he changing a word of his version, but in a way it’s the present that really matters. We cannot change the past and I think that he was definitely a force for making these institutions work. He wasn’t always able to sell a line to the grass roots of SF, but he did possess a great deal of authority. Over the last decade, I don’t doubt he has been a force for stability and historic compromise.” 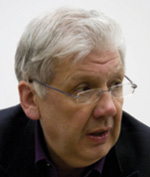 Profile: Paul Bew
Paul Bew has held the position of Irish politics at Queen’s University Belfast since 1991 and was formerly a historical adviser to the Bloody Sunday Tribunals. He was appointed as a non-party-political peer by the independent House of Lords Appointments Commission in February 2007, following his contributions to the Good Friday Agreement and was appointed as Chair of the Committee on Standards in Public Life on 1 September 2013.