In 2020, a Judicial Review and subsequent Court of Appeal proceedings quashed the Boundary Commission’s final recommendations for the adjustment of Northern Ireland’s parliamentary constituencies and established obligations for any future review.

Across the UK, there are four boundary commissions. These are permanent bodies and required to keep the parliamentary constituencies under continuous review and, every fifth year, submit a report containing recommendations for the division of constituencies to the respective Secretary of State.

The Boundary Commission for Northern Ireland is responsible for reviewing Northern Ireland’s parliamentary constituency boundaries. This process is undertaken every five years, reflecting changes to population or local government boundaries.

In February 2011, the Parliamentary Voting System and Constituencies Act 2011 received Royal Assent and substantially amended the 1986 Act, changing the rules, process and timing of reviews, as well as reducing the number of UK parliamentary constituencies from 650 to 600.

The 1986 Act, which established the Boundary Commission for Northern Ireland, outlines the rules for the distribution of seats in the UK parliament.

Defining the factors which must be considered when delineating constituency boundaries, Rule 5 (1) of the Act states:
A Boundary Commission may take into account, if and to such extent as they think fit:

Judicial review proceedings were brought to the High Court by Patrick Lynch and the substantive hearing was heard in May 2019. Representing Lynch, Ó Muirigh Solicitors argued that the Boundary Commission had acted unlawfully and unfairly, radically moving away from its Initial Proposals, utilising Rule 7 without sufficient legal basis to do so.

In June 2019, the Court held: “The commission had fettered its discretion by failing to fully consider the consultation responses received in the final stage of the elaborate statutory process it had followed.” However, it refused to quash the Final Recommendations Report.

Lynch as the appellant then appealed this decision in the Court of Appeal on three grounds: error of law/incorrect reliance upon Rule 7; failure to give reasons; and failure to quash the Final Recommendations Report.

The Boundary Commission contended that the anticipated Parliamentary Constituencies (Amendment) Bill 2020 could render any judgement academic. However, the Court did not agree and affirmed: “This task has the potential to affect how the population of Northern Ireland is represented at Westminster, and as a consequence to some extent how it is governed for some years.” 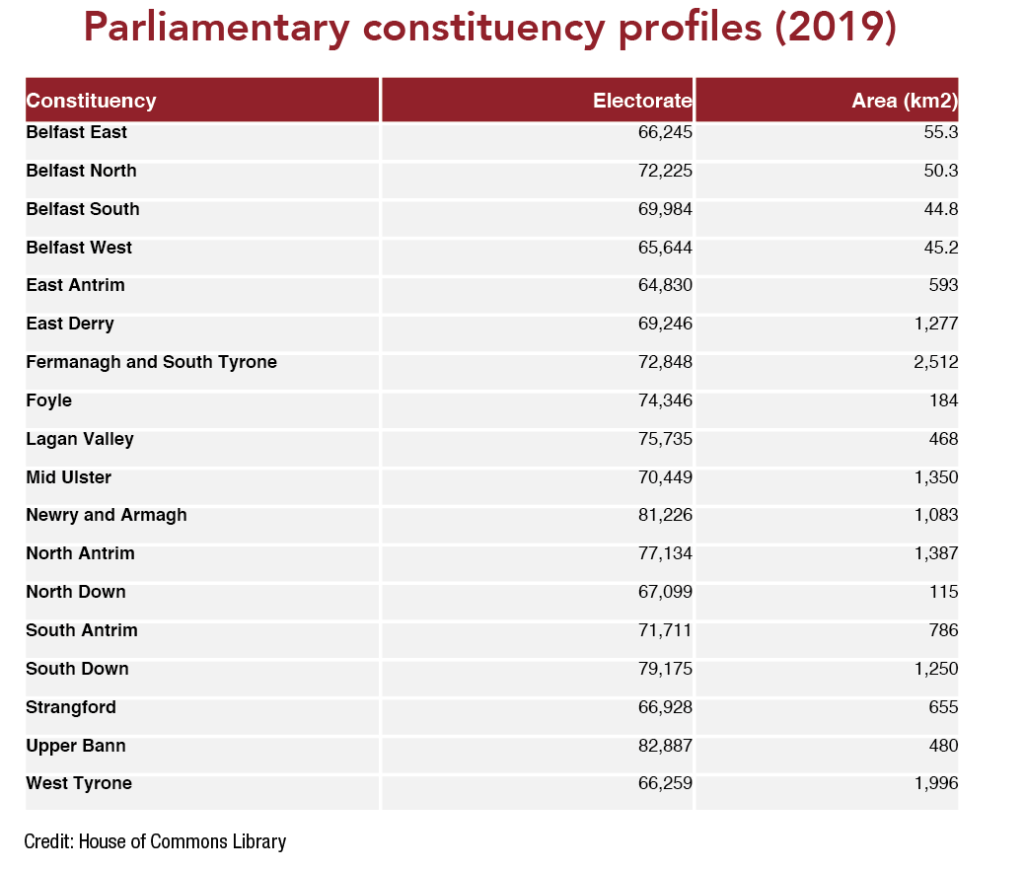 The Court of Appeal decided to proceed and heard both the appeal and cross appeal in January 2020. Issuing its judgement in June 2020, the Court granted the appeals on the grounds that: The Commission failed to give adequate reasons for its decision concerning unreasonable impairment; Commission failed to act lawfully in relying upon Rule 7; and the Final Recommendations Report should have been quashed and sent back to the Commission in light of the above.

The Court rejected the Boundary Commission’s cross appeals for the same reasons and affirmed the decision that the Commission had fettered its discretion in its approach to representations received prior to the preparation of the Final Recommendations Report, with the consequence that the report was vitiated by procedural unfairness.

Therefore, Lynch’s Judicial Review and subsequent Court of Appeal proceedings succeeded in their dual objectives: firstly, that Final Recommendations Report be quashed; and secondly, to ensure that the Boundary Commission properly exercise its functions in future, providing sufficient rationale for applying Rule 7. As such, future judicial reviews seem likely.

Following the ruling, solicitor Eoin Murphy stated: “The High Court has already established that the Commission had fettered its discretion and acted in a procedurally unfair way by failing to fully consider consultation responses received by it in the final stages of the re-drawing process.

“The Court of Appeal has now furthered this stating that the Commission misapplied the law and failed to give adequate reasons for this. This affirmation from the Court of Appeal will go a long way to clarifying the obligations imposed upon this or any future Boundary Commission.”

Having quashed the Final Recommendations Report, the Court sent it back to the Boundary Commission for lawful reconsideration.

However, the Court indicated that any reconsideration by the Commission would not be required should legislation be enacted that ensures that the 2018 review is abandoned and the Final Recommendations will not be implemented.

Subsequently, the UK Government’s Parliamentary Constituencies Bill 2019-21 received Royal Assent in December 2020. Amending the 1986 Act, it means the 2018 Review, which would have reduced the number of MPs to 600 will no longer be implemented.

The next review of parliamentary constituencies will take place in 2023. Currently, the Boundary Commission is developing its initial proposals, which will be subject to a series of public consultations beginning in late 2021, before submitting its final recommendations to the Speaker of the House of Commons by 1 July 2023.