At a time, in May 2021, when the North-South Ministerial Council was making the headlines due to the refusal of DUP members to attend meetings, the Council’s annual report for 2020 was published.

While 2020 proved to be anything but normal, it marked something of a return to normality for the North-South Ministerial Council (NSMC) as the Council returned to regular meetings in July 2020 for the first time since 2016. The NSMC had not met since December 2016 prior to its meeting in July 2020 due to a lack of ministers on the Northern side due to the collapse of the Stormont Executive.

Following the restoration of the Executive, and the formation of the tri-party coalition government in Dublin, the Council’s normal pattern of meetings resumed in July 2020. A full programme of meetings across all 12 sectors (agriculture, education, environment, health, tourism, transport, aquaculture and marine, food safety, inland waterways, North-South Language Body, special EU programmes and trade and business development) took place in the second half of the year. The Council also held two institutional meetings and two plenary meetings in the course of 2020.

At these meetings “a wide range of issues were discussed, reviewing progress achieved in North-South co-operation since 2016, considering current priorities, and looking ahead to future issues and opportunities for mutually beneficial co-operation”. Examples of such progress made in the intervening years between meetings include: the delivery of the North West Cancer Centre, which was officially opened in 2017 to provide radiotherapy services for the whole North West Region, and has treated more than 700 cross-border patients; the treatment of more than 270 patients from Donegal in Altnagelvin Hospital in Derry, under the cross-border arrangements agreed in 2016 to provide treatment to patients suffering from serious heart conditions; and other cooperative arrangements in the sector, such as the All-Island Congenital Heart Disease Network and the North South Living Donor Exchange Kidney Transplant Service.

While the meetings in question in the report took place last year, and thus before the fallout from the Brexit deal and the Northern Ireland Protocol, positive notes are sounded with regard to sectors especially affected, such as agriculture, where continued work and delivery of the All-Island Animal Health and Welfare Strategy Action Plan since the previous NSMC agriculture meeting on 26 October 2016 was greeted as a sign of progress. The report also welcomed the “ongoing good collaboration” between both agriculture departments aimed at maximising the drawdown of EU funding under Horizon 2020 and the €102 million secured in funding to date by successful applications from both jurisdictions for the agriculture, forestry, food and marine sectors and the bioeconomy.

In the time since the period covered by the report, the NSMC has made headlines due to the refusal of DUP ministers such as Edwin Poots and Diane Dodds (now a former minister) to appear at meetings over their opposition to the Protocol. Just a week after the publication of the report, Poots, at the time the DUP leader, said that North-South relations had “never been worse”. With Poots now deposed, meetings have returned once again and been described as “relaxed” and “pragmatic” by Taoiseach Micheál Martin. With Covid-19, the Protocol and a proposed amnesty over Troubles killings said to be central to recent meetings, the 2021 annual report promises to cover more contentious grounds. 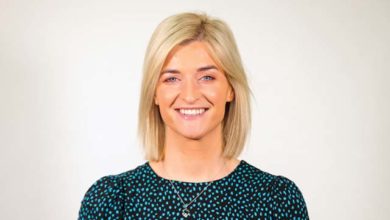