Electricity bill payers in the Great Britain will likely pay around three quarters of the estimated £5 billion cost of a 20-year renewable energy scheme, on which some investors in Northern Ireland were paid “excessive” subsidies, according to the Northern Ireland Audit Office.

Findings from an 18-month investigation on the generation of electricity from renewable energy, by the Northern Ireland Audit Office (NIAO), add weight to claims made during the RHI inquiry that some policy in Northern Ireland was designed to extract as much money from London as possible, even if that didn’t mean value for money for the wider taxpayer or consumer.

Unlike RHI, the Department closed the scheme at the time it was clear that London would no longer be paying, rather than deeming it beneficial enough to continue paying for it itself. As a result, Northern Ireland has in recent years gone from being the region of the UK with the most generous green subsidies to now being the only part of the UK without a subsidy scheme for renewable energy.

Northern Ireland’s successes in generating electricity from renewable sources could have been done at a significantly lower cost to the consumer, the NIAO has argued.

The NIAO report found “excessive” subsidies were paid to some owners of renewable technologies, which have aided Northern Ireland in surpassing its 40 per cent target for all electricity consumed to be generated from renewable sources by 2020 a year early.

The NIAO report does not criticise the use of renewable sources as a means of electricity generation but has identified a “significant risk” that some investors may be achieving a higher financial return than was required “to encourage the adoption of the various supported technologies”.

Citing an example, the NIAO says that of the 1,200 standalone turbines in Northern Ireland, each could earn at least £95,000 a year in subsidies (a turbine of similar size in a wind farm only earns £21,000 annually). This means that technology owners could expect to pay back their £300,000 investment in four years but continue to benefit from a further 16 years of payments under the Northern Ireland Renewables Obligation (NIRO) scheme.

NIRO was established in April 2005 and mirrored other Renewable Obligation schemes in Great Britain. The scheme was open to all generators of electricity from a renewable source and closed to new applications in March 2017. The scheme provided additional financial returns through the issuing of Renewable Obligation Certificates (ROCs) for every MWh of electricity generated. Once a generator became accredited to the scheme, they were entitled to claim ROCs for 20 years.

Taxpayers’ money did not fund the NIRO, instead the cost of all ROCs was passed on by electricity suppliers to UK consumers as part of their electricity bills. Although energy is a devolved issue, Northern Ireland’s approach largely aligned with GB until 2011, when there was a divergence in the approach to meeting respective targets (Northern Ireland negotiated a lower annual supplier obligation level than Great Britain) with the NIRO offering higher levels of support for small scale wind investors (2014-2016) and anaerobic digestion based generators (2011-2017).

As a result, the cost of supporting renewable electricity to the average domestic consumer in Northern Ireland is one third of that paid by the average domestic customer in Great Britain. However, the NIAO found that “despite lower costs passed on to Northern Ireland consumers, we have found that, for small-scale wind and anaerobic digestion based generating stations, returns to those renewables suppliers since 2014 can be significantly higher than in Great Britain.”

A “significant number” of accredited wind based and anaerobic digestion based generating stations had not been assessed for rates because the NIRO did not require evidence of registration as part of the accreditation process. The NIAO originally estimated a potential annual loss of £2.1 million of rates but says that progress in addressing this issue has seen that potential loss fall to around £100,000.

Another criticism of the NIRO legislation was that its rules around permitted use of the generated electricity “were vague and non-specific”. The review deemed an allegation that around 300 off-grid wind turbines were gaining the subsidy without a valid output, essentially wasting electricity, as “greatly overstated”. However, it did highlight a difficulty in determining what electricity uses were permitted under the NIRO rules.

In August 2019, 54 generating stations were accredited to the scheme that were either not connected to or exporting to the grid. An OFGEM investigation originally concluded that electricity was being generated in a permitted manner in these cases, however 31 stations later had their NIROCs suspended over concerns around the independence of their Independent Technical Assurance Reports (ITARS). In June 2020, 22 schemes were reinstated on the scheme but nine continue to be under investigation. 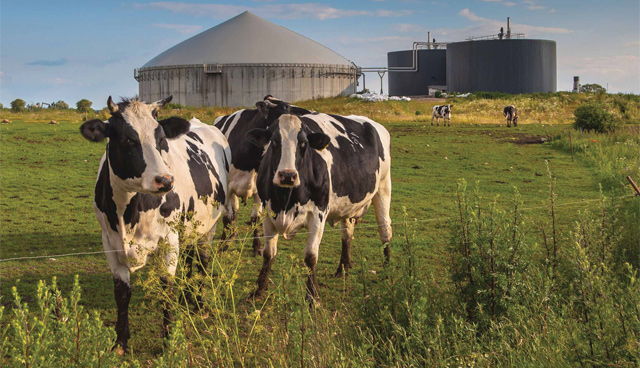 Looking specifically at anaerobic digestion, the NIAO highlights that high levels of financial support have resulted in Northern Ireland having approximately three and half times as many anaerobic digestion-based generating stations per square km compared to Great Britain. The NIAO says that a much higher level of financial support for stations in Northern Ireland than in Great Britain was decided by the then Department of Enterprise, Trade and Investment (DETI) and based on an adapted financial model, which was “based on theoretical evidence submitted to DETI through a public call for evidence”.

“We noted that much of the theoretical evidence submitted came from organisations which stood to benefit financially from any increase in the level of support at that time,” says the NIAO.

“We also found that the model assumed that any anaerobic digestion-based generating stations installed would be made up of a wide range of generating outputs. In reality, the vast majority of investors commissioned anaerobic digestion stations with a generating capacity at the maximum permissible level of the band, offering the highest level of ROCs. This enabled investors to achieve the highest available financial return and as a result it is our opinion that these potential returns are greater than DETI had originally anticipated.”

In response to the NIAO report the Department for the Economy (DfE) issued a statement which declared renewable electricity as “the major success story in Northern Ireland in our efforts to address climate change” and highlighting the NIRO as the support mechanism behind the achievement.

Concluding the NIAO report, Comptroller and Auditor General Kieran Donnelly, points to his findings of a “number of strategic shortcomings” in the design of the NIRO, at a time of significantly reduced public confidence in renewable energy schemes. Adding to that, Donnelly said it was “crucial” that the recommendations made are followed up and that “lessons are learned to ensure future schemes are more robust and efficient”.