The votes have been cast, the numbers have been tallied and the winners and losers have been announced. Following an unremarkable general election in terms of upsets or major changes, the outcomes have led to a form of government unique to Northern Ireland. 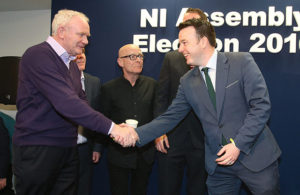 Arlene Foster’s first Assembly election at the helm of the DUP can be considered a success after the party matched its record-high number of 38 MLAs returned since the 2011 count. The two nationalist parties absorbed the major losses of the general election with the SDLP dropping two seats and Sinn Féin losing one overall. The left-leaning parties of People Before Profit (PBP) and the Greens have celebrated gains of two and one seat respectively and just one independent was elected. A research paper by Dr Raymond Russell commissioned by the Northern Ireland Assembly analysing the results of May 5 shows that of the current 108 MLAs, 31 are new members. 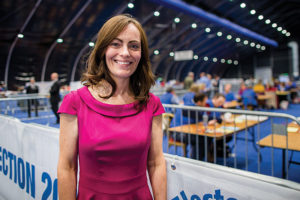 At an overall glance the Northern Ireland electorate still opted to place their vote with the established parties. Just six of the MLAs in the new Stormont Assembly are from outside the five big parties of previous governments. However, all five main parties recorded a fall in their number of first preference votes, with the Greens and PBP being the main benefactors. The DUP’s share of first preferences dropped by 0.8 per cent and both Alliance and the UUP recorded a 0.7 per cent drop. Nationalism as a whole witnessed the most dramatic decrease with Sinn Féin shedding 2.9 per cent of their first preferences from 2011 and the SDLP losing 2.2 per cent. The Green Party recorded a 1.8 per cent rise in its first preference votes, while PBP’s preference rose by 1.2 per cent. 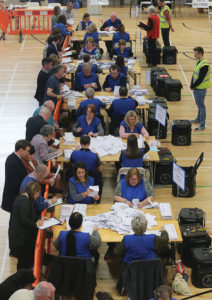 Voter turnout of the 2016 General Election fell, continuing a trend since 1998, when a record high of 70 per cent was recorded. The turnout statistics were down despite an increase of over 70,000 people eligible to be on the electorate. In total 703,744 cast their vote, representing 54.9 per cent of the eligible electorate and a 0.8 per cent drop since 2011. A breakdown of constituencies shows that turnout increased in eight Assembly areas but fell in 10. The highest increases were recorded in North Down (3.7 per cent) and Belfast East (3.6 per cent), while the biggest falls were in Mid Ulster (6.6 per cent) and Fermanagh and South Tyrone (4.4 per cent).

Sinn Féin has the largest number of female MLAs with 10, representing 36 per cent of the parties Assembly make-up. The DUP’s eight female MLAs represents 21 per cent of the party’s elected members and the UUP has a 25 per cent ratio with four MLAs. The SDLP also has a 25 per cent ratio, as three of its MLAs are female, while three of the Alliance Party’s candidates are female, leaving their ratio at 37 per cent. The Green Party are the only elected party to have a 50/50 split in candidate, although with only two candidates, while People Before Profit have no females among their two MLAs and the TUVs only seat is held by a male. 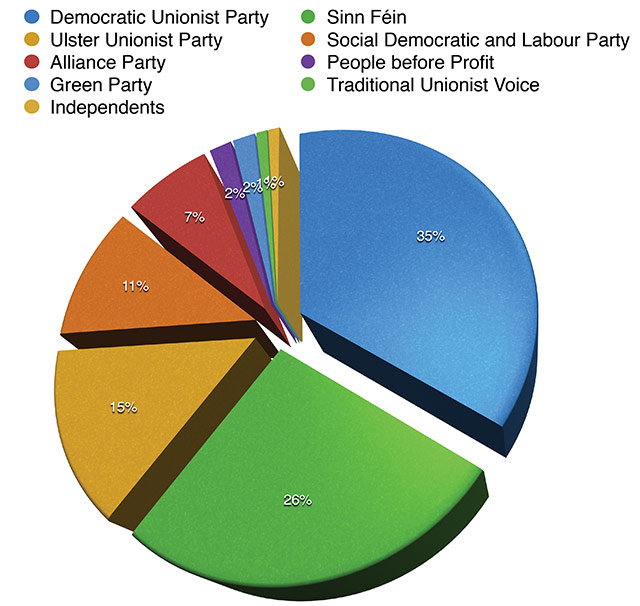