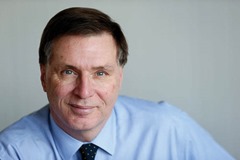 Alan Clarke reviews his time as Chief Executive of the Northern Ireland Tourist Board and the sector’s growing role in the economy.

What brought me back was the challenge of taking NITB through a period of change and the opportunity to grow and develop tourism in Northern Ireland in the context of peace.

Around the turn of the millennium, some people thought the absence of the Troubles would be enough to secure a future for tourism here but I always felt we needed much more than peace. We needed something big, something that provided compelling reasons to draw in visitors.

I believed that creating the vision for our five signature projects and then delivering on them would be central to showing the world what is distinct about Northern Ireland and key to putting us on the road to fulfilling our tourism potential.

Without doubt, Titanic, the Causeway, the Walled City of Derry, St Patrick and the Mournes are our unique selling points. They have been the totem poles around which much of the ideas, investment, development and transformation that have taken place in tourism have been centred.

During my time as Chief Executive, I have been fortunate to have helped steer tourism through a £300 million investment by the public and private sectors in these signature projects, involving some 200 initiatives across the nine key tourism destinations of Northern Ireland.

It has been incredibly heartening to see fledgling projects like Titanic Belfast and the Walled City come to life as planned and to witness the passion, confidence and pride with which they are now being embraced and promoted.

The tipping point year of 2012 will be one I will never forget. It was when the late night planning, strategising and re-branding of ‘Our Place’ all came together and Northern Ireland grabbed the world spotlight as a tourism destination.

From the MTV European Music Awards heralding in 2012, to the opening of Titanic Belfast and the Giant’s Causeway Visitor Centre, to the hosting of major events including the sold-out Irish Open at Royal Portrush, Clipper and many more, the ni2012 campaign created a truly momentous year during which a new Northern Ireland jumped onto a springboard to a new tourism future.

Neither will I forget the major events that I have managed to help secure for Northern Ireland, not least the Giro d’Italia and the phenomenal impact it made in May. And alongside these events, it has been very satisfying to see among the people living here a tangible sense of pride building up in what Northern Ireland has achieved.

An organisation is never about one person and of course the staff and board at NITB, and many others in the industry, have worked tirelessly alongside me to make my tenure what I hope is a job well done.

I have thoroughly enjoyed my time at the helm, and this fantastic chapter of my career is one I will look back on with great fondness. All that we have created and achieved over many years will, I trust, prove a secure foundation to carry tourism forward into the next decade as a mainstream sector within the Northern Ireland economy.