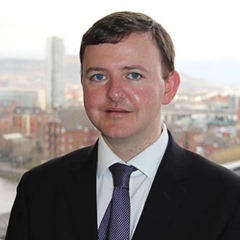 James Gray takes stock of the shift in how councils in Great Britain are approaching their responsibilities, which sets the scene for further reform in Northern Ireland.

It’s been a long road, but 13 years after the launch of the Review of Public Administration (RPA), Northern Ireland’s 11 new local councils have finally arrived.

But as the new councils and their elected representatives begin to exercise their new devolved powers in their new and enlarged councils, their counterparts in Britain are struggling to respond to the problems of austerity, ageing residents and an increasingly digitally-savvy population.

So great are the pressures that only one in ten council chief executives in Great Britain are confident that their council can protect frontline services in the face of continued austerity and almost half say that they expect to follow Northern Ireland’s lead and become part of merged ‘super-councils’ by 2020.

Although the new and enlarged Northern Ireland councils remain smaller than even some existing councils in Great Britain, the principle of seeking economies of scale and improved service delivery are the same. It’s also worth remembering that, even in the new Northern Ireland structures, some powers which are already vested in Great Britain’s councils remain with Stormont departments.

Nevertheless, in response to the relentless pressures on financial and physical resources, chief executives and council leaders across England, Scotland and Wales acknowledge that new ways of working are needed to maintain service delivery to an increasingly sceptical public. And in the latest PwC survey of local councils across Great Britain, three-quarters of council chief executives and council leaders say their focus should be on facilitating outcomes, rather than managing service delivery.

PwC’s Local State We’re In 2015 survey asked over 100 chief executives and leaders of local authorities in England, Scotland and Wales about their prospects. We also polled more than 2,000 council tax/ratepayers across the UK (including Northern Ireland) and found that 85 per cent of council tax/ratepayers have already directly experienced cuts in service provision, with further cuts expected.

The survey found that:

• nine out of ten chief executives believe that some local authorities in Great Britain will hit serious financial difficulties in the next five years;

• 80 per cent of Great Britain’s chief executives and leaders believe that, over the next five years, some local councils will be unable to deliver the essential services residents require;

• public attitudes to further cuts are hardening, with only 35 per cent of the public accepting the need to make reductions in services, with only 27 per cent of Northern Ireland’s ratepayers agreeing – the lowest percentage of the 12 UK regions;

• repair of roads and pavements, street lighting, refuse collection and libraries are the areas where the public has most concern about the impact of future cuts.

This is the fifth annual survey of its type and, over that period, councils across GB have been successful in managing the significant cuts resulting from the continued austerity programme. But while there is a growing acceptance that councils need to focus on outcomes in order to facilitate service delivery and address citizens’ concerns, fewer than half of the chief executives and leaders know how to make this new objective a reality.

These may well be issues that Northern Ireland’s 11 new councils have yet to face as they get to grips with new ratepayers, new territories and new financial constraints. However, the recent Budget statement saw the Chancellor outlining further public spending reductions for the next Parliament, totalling around £30 billion by 2017-2018. With this made up of £13 billion from government departments, £12 billion from welfare savings, and £5 billion from the reduction in tax avoidance, evasion and aggressive tax planning, the austerity programme is far from over.

While the details remain to be revealed, the Chancellor’s planned combined total of £25 billion departmental and welfare savings alone means that the Northern Ireland block grant will have to take its share of the pain, hence the Finance Minister Simon Hamilton’s focus on the importance of accelerating reform and restructuring across the Northern Ireland public sector.

The outcome of the last review of local government – the Macrory Report (Review Body on Local Government in Northern Ireland 1970) – was the 1972 Local Government Act, which created 26 single-tier district councils. Macrory argued that the then existing structures were too small, too diverse, too inadequately resourced, and overly-dependent on central government grants.

The 11 new councils that finally emerged from the RPA process are larger, more cohesive and will take on a significant range of functions previously delivered by central government and other bodies but they still remain heavily dependent on Stormont financing. So, if the experience of their larger counterparts in Great Britain is anything to go by, they too may soon find themselves looking at new ways of working and focusing on outcomes rather than on service delivery.

The focus on outcomes means councils across Great Britain are actively considering more radical options – from rethinking relationships with customers and communities and better use of digital technologies to deeper collaboration with partners in service delivery. The local government business model is changing rapidly as both councils and the stakeholders are challenging the traditional role of the public sector within a local area, with devolution and decentralisation accelerating this process.

The English regions, local enterprise partnerships and cities across England, Scotland and Wales are all experiencing an unprecedented level of devolution, with guarantees that Manchester and Cambridge can keep new additional business rates revenues and new city deals for the West Yorkshire Combined Authority, Glasgow, Inverness and Aberdeen. With more devolution and decentralisation to regions and cities on the way, demonstrating that they have the local capacity, capability and accountability to deliver on decentralised powers will be critical for councils – whether in Great Britain or Northern Ireland.

The theme that is steadily emerging from five years of PwC’s Local State We’re In surveys is the perception, amongst local government authorities and cities, that planning and managing outcomes does not necessarily necessitate controlling and managing the processes, plant and the people that deliver those outcomes. The surveys are also indicating that local authorities are discovering that intelligent analysis of their data will help them form new priorities, smarter interventions as well as better, more informed choices and efficient ways of working.

In summary, putting that together with partnerships in the private, community and third sectors can create smart, hybrid service delivery that anticipates community needs and deliver services efficiently and cost-effectively.

Local government in Northern Ireland has come a long way since the Act of 1898 which created a matrix of county councils, borough councils, urban and rural district councils. And while RPA has delivered major reforms, the world is changing even faster. Technology facilitates instant analysis of ratepayer activities, tech-savvy citizens engage remotely with government, while third sector organisations are embracing private sector efficiencies. With a majority of Great Britain’s council chief executives focusing on outcomes rather than delivery, we may already be observing the first stage of the next reform of local government.