Aoife McGlinchey talks to Owen McQuade about how being diagnosed with tinnitus during her undergraduate music degree changed her career direction and her role as a tinnitus support officer with the Royal National Institute for Deaf People (RNID). 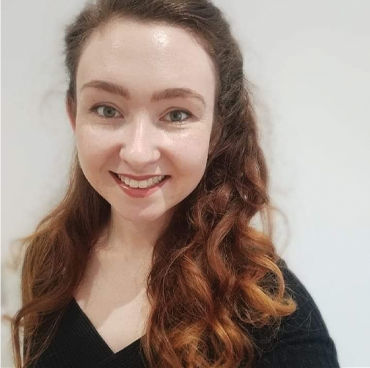 Aoife McGlinchey was just about to enter the final year of her music degree at Ulster University Magee, Derry when she was diagnosed with tinnitus. “I had just come back from Australia two weeks before the start of term and it came on suddenly one evening. I didn’t even have a name for it just this unknown noise blaring at me.

“I couldn’t see it, feel it and no one else could hear it. I thought it was probably an issue with from the long-haul flight and hoped that it would go away – it had to,” she explains.

It was not until a diagnosis was made that McGlinchey was able to put a name to the noise: tinnitus. Tinnitus is the perception of noises in the head and/or ear which have no external source, it is often described as buzzing or ringing in the ears.

Recalling her initial reaction to the diagnosis, she says: “It was one of shock and concern about how I was going to finish my degree,” adding: “I doubted my own capabilities in performing music and it affected all aspects of my life.” A part-time job in a café became increasingly difficult as the noise of the coffee machines compounded her condition. Used to studying in silence, she now had to introduce an alternative noise to mask the tinnitus. Similarly, adapting socially was particularly difficult.

“The initial shock and anxiety gave me a constant feeling of burn out. I felt that I was always fighting something and that doesn’t leave you with a lot of energy.

“I really believed that tinnitus was going to ruin my life. At one point I thought I was going to go deaf, and it became all consuming,” she recounts.

Now McGlinchey is more reflective of her experience and believes that tinnitus has, in some ways, changed things for the better. Today, she delivers tinnitus support services for the RNID and plans to study to become a counsellor.

“Many people are told by their GP they have to ‘learn to live’ with tinnitus and are not directed to support.”

In her current role as a tinnitus support officer, she assists people with tinnitus by providing one-to-one intervention and delivering tinnitus awareness events and management courses. “We try to give a positive message; people need to know there is support out there and tinnitus can be managed,” she emphasises, adding: “A big element of our work is peer support; sharing stories, struggles, and winning the small battles are very important. It is so easy to complain and get stuck in the negative it takes practice and time to shift our perspective and learn something from it.”

RNID also organises awareness training for GPs as surveys show that eight-in-10 patients in the UK are unhappy with the treatment they receive for tinnitus. “Many people are told by their GP they have to ‘learn to live’ with tinnitus and are not directed to support. To raise awareness of their support services, RNID had an online webinar for GPs and health professionals in February 2021 which was presented by a GP,” McGlinchey explains.

Highlighting the evidence that the Covid-19 pandemic has led to increased prevalence of tinnitus, she asserts: “Many people have reported that their tinnitus has become worse, or they have noticed an onset of tinnitus during the pandemic. Not only has this been a result of the stressful situation of lockdown but we are seeing increasing reports of people who have been infected with Covid reporting tinnitus.”

A study by audiologists at the University of Manchester found that 6.6 per cent of patients reported developing tinnitus after hospitalisation for Covid-19 and tinnitus has now been recognised as one of several side effects of long-Covid.

Tinnitus has had a life-altering effect on Aoife, forcing a new trajectory for her career: “I had always thought of a career in the arts but with tinnitus I have changed direction. I now have a role helping others.”

This personal experience has greatly assisted in undertaking her current role: “Peer support is important. Before I took on my current role, I hadn’t met anyone with tinnitus. Although my experience is helpful, I have learned that there is no one-size-fits-all model.”

At the same time, she is cognisant that stress makes the condition worse and re-emphasises the impact of the Covid pandemic. Describing her use of mindfulness to manage her stress levels, she concludes: “I know my limits, although there will be bad days, noisy days but there will also be good days and you have to celebrate those.”