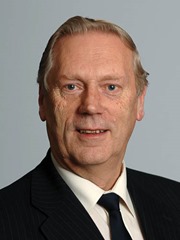 Leslie Cree is the UUP’s MLA for North Down and has served in the Assembly since 2003. He was also a councillor for Ballyholme and Groomsport on North Down Borough Council between 1988 and 2011. Leslie is the UUP’s Finance Spokesman and is a former senior manager in Calor Gas.

I spent most of my working life in business, some of it outside the UK. When I returned to Northern Ireland, a good friend of mine who was a master-butcher asked me if I would join him as a member of the Ulster Unionist Party in North Down. I became a member and was impressed by the dedication of many people who were concerned that Northern Ireland needed to be returned to normality. From then I determined to play my part in trying to make a difference.

What is unique about North Down?

North Down is among one of the nicest parts of Northern Ireland with a great variety of scenery and mix of population. There is a good local industry but it is small and unfortunately most people, have to travel outside their locality to work each day. I am particularly interested in developing the local economy to continue to improve living standards of people both in my constituency and across Northern Ireland as a whole. My objective in North Down is to reach the situation where most people do not need to leave the constituency to go to work.

Town centres across the province have all fallen foul to the ‘empty shop syndrome’ and downtown Bangor is no exception. This is due to several factors, including the current economic situation, the increase in out-of-town shopping centres and online shopping habits.

Whilst out-of-town shopping has a valuable place in modern society, it has in some part been responsible in sucking the life-blood from our towns. It is my view that there is room for everyone if strategic planning and a will to think ‘outside the box’ are applied. If local politicians continue to work alongside retailers and town centre organisations I believe, over time, North Down can survive and indeed thrive again.

In the interim, I have been interested in exploring the current trend of window dressing empty buildings and shuttered shops with artwork. I have seen examples of virtual shop windows which in the short term help to improve the image of the high street and surrounding environment.

This is a new concept which in my opinion could brighten up a town centre, make it a more welcoming environment to attract shoppers and assist those traders who are fortunate enough to have survived the downturn. By creating virtual shops in inactive areas of towns, we can help existing retailers by improving the surrounding area near and around their shop fronts.

Tourism is an important industry and local infrastructure has been improved to accommodate that. The latest evidence of this is Bangor Aurora Aquatic and Leisure Complex which boasts the first Olympic-sized swimming pool in Ireland and was recently opened by HRH Princess Anne.

I have been involved in developing economic drivers such as the Signal Business Initiative in North Down and advancing the Assembly and Business Trust programme in Stormont. Other areas that I am actively involved in are the Legislative Assembly Strengthening Trust and the Commonwealth Parliamentary Association.

What do you count as your main achievements as an MLA?

It is difficult to choose one particular achievement but my greatest reward as an MLA is the satisfaction of helping to resolve constituents’ problems on a wide range of issues. More people find themselves in difficulty because of the introduction of welfare reform, limitations of the Health Service and changes in education which are not in the best interests of the children and families involved. Because of the difficulties in agreeing these issues, the problems are going to increase dramatically for everyone.

The environment is important to us all and I was pleased to have been instrumental in bringing to the House a bee health strategy which was agreed with overwhelming cross-party support. Northern Ireland until then was the only part of the British Isles which had not implemented such a strategy. 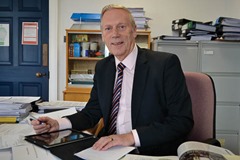 How has Stormont changed since you first took up your seat?

When I first entered Stormont, it was operating under the then Secretary of State, Paul Murphy. Areas of co-operation were being explored and most members were hopeful that Northern Ireland would move forward as a result.

Ten years down the road, things are quite different. The two major parties – DUP and Sinn Féin – have been in control of the Executive since 2007 and basically operate a ‘shared out’ policy between them which is not the same as shared government. When the two parties cannot agree on issues, the matter is ‘parked’ and no further action is taken. Many strategies have failed to emerge from the Executive and programmes are not advanced – this is not government.

On a positive note, there are signs that many are beginning to realise that we must accept the differences which exist and move forward in improving the lives and prospects of all of the people in Northern Ireland.

My main areas of work within the Assembly are the finance portfolio of which I am the Ulster Unionist Party spokesman, the Committee for the Office of the First and Deputy First Minister, and the Assembly Commission which manages Parliament Buildings.

How do you relax in your space time?

Any spare time that I have is spent with my wife, family and grandchildren. I also enjoy my garden and looking after my four King Charles Spaniels, and wherever possible helping out in my local church.