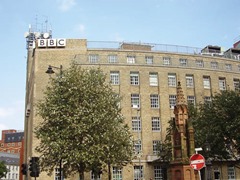 A 1979 paper shows that Irish was strongly taught in Catholic post-primaries but the BBC was reluctant to roll out broadcasts for the language.

Financial constraints and the need to prioritise other content were the main reasons given by the BBC for not going ahead with Irish programming in the late 1970s. A survey of Irish language teaching was prepared for the School Broadcasting Council for Northern Ireland after teachers lobbied for Irish-medium programmes on BBC Northern Ireland. Similar BBC programmes were already provided for Welsh and Scots Gaelic.

The matter was referred to the School Broadcasting Council and the survey was discussed at its meeting on 20 June 1979. The release of the archived paper was due in 2009 but delayed until 2013, possibly due to the sensitive nature of education policy. The author visited seven secondary schools and five primary schools.

It was “extremely difficult to assess the number of schools where Irish is taught” as no statistics were available and there was no primary school syllabus. There was “no evidence” that Irish was taught in controlled primaries but it was “taught in depth” in a small number of Catholic primaries. Most Catholic primary schools taught a small amount of Irish at P4 level and above e.g. “simple greetings, commands, blessings and prayers.” The Department of Education discouraged the introduction of any second language before P4.

Teaching materials produced in the Republic were unsuitable as they were for beginners aged four or five. Northern pupils only started to learn Irish around the age of nine. The source material was also produced “in Connaught dialect” as opposed to the Ulster dialect.

Schools which placed an importance on Irish spent a maximum of 15 minutes a day on the subject. In most cases, this added up to less than one hour a week of teaching time: “Many [teachers] wish to teach some Irish but lack the confidence to do so.”

The author also noted a marked decline in the number of schools taking part in language-related competitions during the Troubles. The Belfast Feis “has almost disappeared” and due to “civil unrest,” teachers and pupils “are reluctant to travel in or around Belfast.” In some schools, staff felt that parents “might not wish Irish to be taught to their children: the main worry was that a religious and political emphasis was associated with the language.” That said, teachers were “studiously avoiding such controversial areas.”

On the positive side, a South Armagh principal was running in-service training courses in Irish at Newry and Craigavon teaching centres. Another course was planned in Belfast in the near future. The principal “does not expect a vast surge in the teaching of Irish due to his publications” but “feels that any broadcasts in Irish should be aimed at the teachers as a form of in-service training.”

Irish was in a strong position in “almost all” Catholic post-primary schools and usually taught by specialist teachers. It was generally an “obligatory subject” for the first two years and given the same attention as the teaching of French. Interestingly, some Protestant pupils “usually transferred from the Republic … do wish to take Irish at a Protestant school and arrangements are usually made with the local Roman Catholic School.”