Politics Professor at the University of Liverpool, Jonathan Tonge, highlights how, despite being suspended for some 40 per cent of its lifespan and only being uninterrupted for two terms, public support for the institutions has held remarkably firm.

As a legislator, the Northern Ireland Assembly has not been as bad as is often portrayed, states Tonge, who highlights that the public in Northern Ireland has stayed faithful to the idea of devolved power-sharing and its principles.

This, he says, is despite the Assembly being suspended for around 40 per cent of the time since its establishment in December 1999 and only two of the Assembly’s six terms being free from suspensions.

Tonge says that a case for a defence of the Assembly lies in the volume of legislation it has passed, despite the many hiatuses. “When the Assembly has been sitting it has been quite good at passing legislation, particularly for a part-time Assembly,” Tonge states.

Tonge does acknowledge that such figures fail to differentiate between the necessary legislation, such as Budget Bills, and what he describes as “pioneering legislation”. Scotland, for example, has produced a range of legislation that has been copied by Westminster, whereas Northern Ireland, with the exception of the plastic bag levy, cannot claim similar. “I would argue though, that I don’t think it was the job of the Assembly to produce pioneering legislation. It was to produce governance and to park a deadly conflict within an area where people could at least cooperate. To that extent, given the huge constitutional differences that there are, we should give credit where it is due.”

Tonge notes the findings of the Economic and Social Research Council’s General Election 2019 study that only 27 per cent of the Northern Ireland electorate believed the parties have cooperated well in the Assembly and the Executive.

However, party cooperation perceptions, he highlights, have not been reflected in the public’s faith in the institutions. Analysing General Election 2017 and 2019 studies, Tonge and his colleagues found that when posing the question to electors of whether the Northern Ireland Assembly and Executive should be restored, the high 70 per cent who ‘strongly agreed’ or ‘agreed’ in 2017 actually rose to 81 per cent in 2019.

“Even almost three years into the latest suspension, what we saw was a rise in the number of people who wanted the institutions restored. What was also clear was that this was a broad consensus across each section of Northern Ireland’s population with 89 per cent of unionists, 83 per cent of nationalists and 80 per cent of neithers (40 per cent of the electorate), all agreeing that they should be restored in 2019.”

Tonge highlights that in both studies of the 2017 and 2019 elections, Assembly and Executive restoration was in the top four most important issues for electors. “The study found that Brexit, the NHS, constitutional issues and the Assembly’s restoration were by some distance the leading issues for people leading up to the 2019 General Election,” he states.

“What that tells us is that people want devolution. They might be cynical about party cooperation within the institutions but that didn’t drain the support.”

The 2019 study also looked to gauge the public’s view on the principles of power-sharing and posed the question of whether legislation should require support from a majority of unionist and nationalist assembly members.

Explaining the findings, Tonge says: “Although the figures are not as extensively in support as that of restoration, there was an acceptance across unionism (59 per cent) and nationalism (62 per cent) that this should be the case. Even a majority of the neithers (54 per cent), who typically don’t like the binary framework, agreed. The use of cross-community consent requirements is actually rare in the Assembly but the data shows that there is little opposition to the principle,” explains Tonge.

Examining the principles of power-sharing in Northern Ireland more closely, Tonge highlights that around 81 per cent (660) of Assembly division votes were done by simple majority between 1999–2000 to 2020–21 compared to 145 by cross-community division and 10 by parallel consent.

“The perception that Northern Assembly is an institution that is paralysed by cross-community requirements does not stack up. The vast majority of Assembly divisions from 1999 through to the current Assembly have been done by simple majority, so this is not an Assembly that is paralysed but actually one that gets on with the job of legislating.”

He adds: “The perception that Northern Assembly is an institution that is paralysed by cross-community requirements does not stack up. The vast majority of Assembly divisions from 1999 through to the current Assembly have been done by simple majority, so this is not an Assembly that is paralysed but actually one that gets on with the job of legislating.”

Looking at one of the biggest criticisms levelled at the workings of the Assembly, use (or misuse) of the Petition of Concern (PoC), Tonge outlines that 115 PoCs were tabled across 31 Bills in the 2011-2016 mandate, with 84 per cent of these used across just 14 items of legislation (mostly welfare legislation). Of these the DUP accounted for 86 (82 of which they tabled alone, as the only party with the numbers to do so), Sinn Féin and the SDLP each tabled 29 and the UUP tabled two.

The January 2020 New Decade, New Approach deal explicitly stated the need for PoC reform and the parties co-signed the agreement stating: “The parties will publicly commit to tabling or supporting PoCs only in the most exceptional circumstances and as a last resort.”

The academic highlights some existing concerns around the use of similar language in agreements of the past, such as the Fresh Start Agreement, where little change was achieved. However, he believes that the changed Assembly make-up, including the reduction of seats from 108 to 90, the absence of a unionist majority for the first time and seat increases for the Alliance Party and SDLP, have all but ended any potential use of PoCs.

“The NDNA agreement rules out the use of the PoC by a single party, meaning that at least two would have to come together but that is now a reality anyway because no party now has enough MLAs to meet the threshold on their own. I think the PoC is a problem that was of the past and will be less of a problem of the future,” states Tonge.

Highlighting the evolution of the Assembly in terms of the divisive legislation it deals with, the academic points to a pre-2007 dominance of conflict/legacy issues, which he describes as first phase. With the major exception of a continued inability to deal satisfactorily with families of victims, second phase (post-2007) are of a more cultural or social nature, such as abortion, same sex marriage and welfare reform. And RHI was simply botched policy, whilst Brexit is both a sovereignty and a cultural issue.

He says: “I don’t underestimate the difficulties of these more cultural divisions, the Irish Language Act being a prime example, but they are of a different order than those pre-2007 challenges. We shouldn’t lump these all together and say that it has been the same type of issues that have been responsible for the Assembly problems. Those issues have been very different in nature from Assembly to Assembly.”

The role of the MLA

A further defence of the Assembly issued by Tonge is the work of MLAs, even when the Assembly is not sitting. Tonge points to work carried out by his colleague Seán Haughey for the Journal of Legislative Studies in 2017 which shows that MLAs spend an average of 28 hours per week on constituency work, a figure which compares equally well with similar self-reported figures for Welsh AMs and Scottish MSPs.

Tonge states that the findings do not show any clear trend around the marginality of an MLA and the work they do in their constituency, meaning that no evidence exists to suggest that an MLA who narrowly won their seat or who would not necessarily be deemed as safe, come the time of re-election, has different patterns to those elected by a large majority. Similarly, age does not tend to be a defining factor, with Tonge highlighting that the data shows that the oldest MLAs were doing as much constituency work as the youngest.

Turning back to the question of why public support of the institutions has remained high, Tonge highlights that the stark alternative is direct rule. Only around 9 per cent of those surveyed in the 2019 General Election wanted Direct Rule to return. 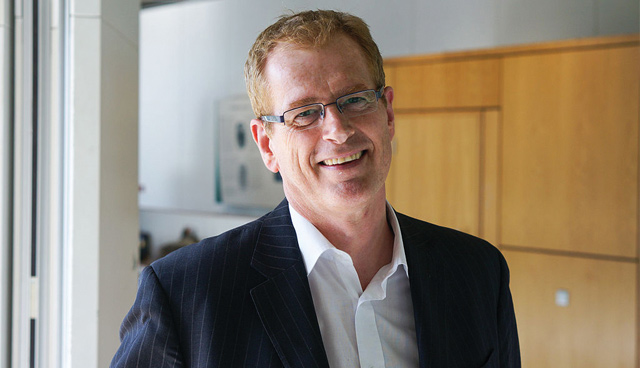 “I believe the memory of direct rule contributes to why those figures favouring the restoration of the Executive and Assembly are so high.”

Outlining what Direct Rule actually meant for governance in Northern Ireland, Tonge explains that historically, Northern Ireland-only legislation passed at Westminster was done so overwhelmingly via Orders-in-Council, which offered no room for amendment and could only be approved or rejected. It also meant that there was no committee or report stages for scrutiny and the result was that around 20 Orders-in-Council were passed on average each year, half without any opportunity for debate. Of those that were debated, the usual time limit for discussion was 1.5 hours.

“In a typical year, the Commons spent 21 hours debating Northern Ireland matters and this figure was nine hours for the House of Lords,” adds Tonge. “I believe the memory of direct rule contributes to why those figures favouring the restoration of the Executive and Assembly are so high.”

Concluding, Tonge says that while he understands the cynicism that often surrounds the Assembly and Executive in Northern Ireland, he believes there is a stronger case for the Assembly to be made than is commonly done so, even if the Executive is subject to unsavoury episodic wrangling or even collapse.

“That’s not to gloss over the like of RHI or the botched introduction of Covid-19 regulations, for example, but to argue the case for a realistic portrayal of the Assembly and how it has operated in the last 20 years, amidst the political grandstanding.

“Contrary to regular vox-pops, public support for the devolved institutions was never lost. The fact is that the Assembly has been quite good at passing legislation and MLAs do a lot of constituency work.

“Changes to the institutional rules, I’d argue, are less important than party attitudinal changes but scrutiny performance has been underwhelming at times, as RHI indicated, and changes are needed.”