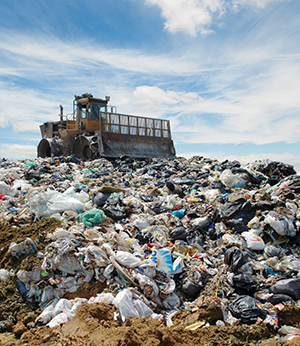 Newly released statistics from the Department of the Environment reveal that household waste sent to landfills from July to September 2015 fell below 100,000 tonnes for the first time.

The amount of waste that was sent from households to landfill sites in Northern Ireland in the three months between July and September last year represents a 4 per cent improvement on the volumes recorded last year. Interestingly, the amount of waste collected by councils actually increased by just over 1 per cent or 2,800 tonnes.

Although the tonnage of compostable recycling increased by over 900 tonnes, that of other recycling remained static despite the additional waste collected. Most of the municipal waste that had previously been landfilled was instead manufactured into refuse derived fuel and exported to be burnt in energy from waste facilities abroad.

“However, the fall in recycling, no matter how slight, is disappointing. Just a little extra time to put your recyclable waste in the right container either at your home, a Council recycling centre or one of the many ‘bring banks’ across the North will make a significant difference.

“Not only are there many facilities available but the range of materials that can be recycled is increasing.”