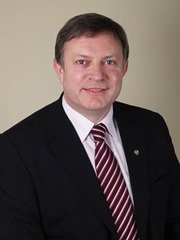 Patsy McGlone, Chair of the Assembly’s Enterprise Committee, outlines the scope of its current inquiry.

With the Secretary of State’s announcement on the devolution of corporation tax, the Committee for Enterprise, Trade and Investment is now undertaking an inquiry to consider the implications of a reduction in corporation tax on Northern Ireland businesses, the economy and jobs.

The announcement made by Theresa Villiers MP is of huge significance to all members of the business community here and could help make this region a leading player in job creation and business growth. Reducing the rate of corporation tax is one element in improving the economic climate in Northern Ireland. However, it is not the only one and it is these other factors that our inquiry is addressing.

We have just a few short years to maximise our potential to attract investment, help local businesses and create jobs before the powers to reduce corporation tax are devolved to the Assembly. Whilst some people may still believe that a low corporation tax rate will be the silver bullet for securing lucrative business, the various written submissions received by the committee have outlined other important economic drivers which need to be in place to meet the needs of businesses throughout the region.

A number of local councils, government departments and Assembly committees as well as a range of businesses and business representative organisations have responded to the committee’s call for evidence. These groups and organisations have outlined other important areas which they believe represent barriers to growth for both local and international businesses even after a reduction in corporation tax.

Our inquiry is wide-ranging and we are engaging with businesses – large and small, indigenous businesses and those which have come from outside Northern Ireland – to identify the factors which help or inhibit growth.

To date, we have had oral briefings from representatives of Manufacturing NI and the Institute of Directors who outlined their concerns to the committee, and we will continue to take oral evidence from other key stakeholders from various sectors throughout the month of April. Representatives of the financial services sector, chambers of commerce, retailers, trade unions and district councils have had the opportunity to make their views known through a committee survey. Data from this exercise will provide invaluable information when compiling our final report and will include responses from all types of businesses from various sectors throughout the region.

The report which will follow our inquiry will include recommendations to the Executive that address any barriers to investment, and how these may be addressed in both the short and long term to maximise the benefit of devolved corporation tax. In particular, the committee will focus attention on those business areas that have been identified in the Executive’s Economic Strategy as having the greatest potential for economic growth, including the agri-food, life sciences, financial and creative sectors. These sectors have been showing some signs of success in the current economic climate.

We are also addressing the important issue of regional balance and will be holding an event in mid-April that will bring together businesses and other groups from across Northern Ireland. The committee believes that it is important that the Executive provides the appropriate environment and incentives to promote and develop a balance of inward investment locally across the region and we are eager to hear the various concerns of businesses from across the region at this event.