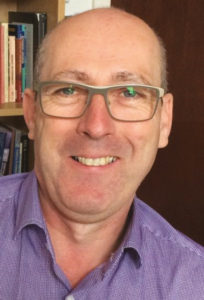 What would a deal between the Conservatives and DUP mean, both for Northern Ireland and beyond, asks the University of Kent Professor Feargal Cochrane.

Faustian Pacts of this sort rarely end well though it might give both parties some short-term gains. Theresa May escapes the indignity of being responsible for her party losing power but she is unlikely to escape the political trapdoor for long.

There will be a credibility issue for a start, both for Theresa May as Prime Minister who looks to have lost most of her political authority – but also for her party, if it is to be propped up by the DUP on crucial votes. This will only get worse as the Brexit negotiations proceed and if it looks like the tail is wagging the dog.

Furthermore, every perceived transgression by the DUP will be laid at the Conservative Party’s door – while every cut and economic problem that emerges will be blamed on the DUP, for propping up a Tory government responsible for any bad news that comes down the line.

The last week has seen a number of slogans come back to haunt the Prime Minister. ‘Brexit means Brexit’, ‘Strong and Stable leadership’, ‘Coalition of Chaos’, and ‘No deal is Better than a Bad Deal’. If the Tories do a deal with the DUP then Theresa May can no longer pretend that she could walk away. The DUP would not let her do so as that would be extremely bad for farmers and others in the agri-food sector in Northern Ireland. Thus, from now on, no deal is not better than a bad deal’.
There are a number other items on the DUP shopping list that may be forthcoming – a guarantee that there will be no ‘special status’ for Northern Ireland on Brexit (a Sinn Féin demand) – but also that a soft border will be enacted. A hard border is something that is increasingly occupying unionist minds.

Crucially, any deal between Theresa May’s government and the DUP raises serious issues for the restoration of devolved government in Northern Ireland and the wider peace process. The UK cannot present itself as being an honest broker in Northern Ireland if it is in some sort of partnership with one of the main protagonists. This has been implicit for several months in any case, but would become explicit and would act as a barrier to establishing the necessary trust between the DUP and Sinn Féin for devolved institutions to be restored.

Arlene Foster has had a very difficult six months as leader of the DUP (suffering her own terrible election a few months ago) but she now looks emboldened on the back of the DUP’s best showing at Westminster with 10 seats and the routing of its main unionist rival the Ulster Unionist Party (UUP), which lost both of its seats in parliament.

There may also be deals to be had on making sure that any investigations into the violence of the past does not prosecute former members of the RUC or British Army. All of this will likely be done with a nod and a wink, rather than through any formal arrangement, but it will raise questions for many over what deals have been done.

In the final analysis, a deal between the Tories and the DUP looks less than ideal in terms of running credible Brexit negotiations or consolidating the peace process.

The Tories are holding their collective noses at the prospect of a deal with the DUP – but you can only hold your nose for so long. Eventually they will have to inhale and it remains to be seen if the overwhelming desire to hold onto power is sufficient to overcome the noxious fumes of the DUP’s social conservatism
.
In truth, the DUP has changed hugely since the days when it was the political manifestation of the Free Presbyterian Church. While those roots remain, they are not as dominant as they once were and today political pragmatism is in the ascendancy. Whatever they eventually manage to cobble together, it looks more likely to fit the coalition of chaos slogan, than the strong and stable leadership mantra of recent weeks.

Theresa May looks set to stay in office for the coming weeks at least, but it is much less clear who is in power.

Feargal Cochrane is vice chair of the Political Studies Association and professor of International Conflict Analysis at the University of Kent.