New chair of the British Medical Association (BMA) in Northern Ireland, Dr Tom Black, talks to David Whelan about his role in engaging the profession in the transformation of healthcare and the challenges currently facing the sector.

The Derry native, who spent seven years as chair of BMA Northern Ireland’s GP Committee, describes the “multiplier” effect of the BMA’s work as a driving factor in his willingness to split his working week between the BMA’s Belfast office and his GP practice in the Bogside of Derry.

The British Medical Association (BMA) Northern Ireland is the trade union and professional organisation for doctors and medical students with a remit to consider any and all matters of specific relevance to the medical profession and healthcare in Northern Ireland.

Discussing how the Northern Ireland council of the BMA determines policy in areas exclusive to Northern Ireland, Black explains: “I have discovered throughout my career that sometimes one meeting or one decision can bring about greater changes in healthcare than I as an individual GP could ever hope to achieve. The ability to influence events in health throughout Northern Ireland attracted me to the BMA.”

A proponent of general practice and continuity of care, Black’s 30-year tenure in one of Northern Ireland’s most deprived communities has equipped him with lived experience of how changing healthcare demands and changing demographics are impacting on the sector’s ability to deliver.

Describing the “challenging environment” in which doctors in Northern Ireland are operating, he believes that Northern Ireland’s population now has greater needs, wants and expectations than ever before.

One of our biggest challenges is attracting young doctors into general practice, who recognise the frustrations of a job where the workload is exceeding the ability to provide for patients.

Black points to a number of significant trends such as an older population with enhanced comorbidities; an obesity crisis; and increased mental health complications, particularly for younger people, as examples of changing needs. While he acknowledges a rise in concerns about the health service’s capacity to deal with this, he stresses: “We’re certainly doing our best to meet needs and we are working harder than we have ever worked.”

One of the major hindrances to meeting growing and shifting demand lies in a shortage of doctors, despite the volume increasing significantly in Northern Ireland over the past 20 years. Black believes that patient needs are “outpacing our ability to provide care”.

“We are struggling to retain older doctors  beyond their retirement age, but one of our biggest challenges is attracting young doctors into general practice, who recognise the frustrations of a job where the workload is exceeding the ability to provide for patients,” he states, highlighting that many young doctors are now choosing to emigrate to places such as Australia or to opt to work as a locum rather than going into specialist training.

The problem, he explains, is not just recruiting doctors but also persuading junior doctors to work outside of Belfast. GMC’s research indicates that most junior doctors opt to locate within a 20-mile radius of Northern Ireland’s only medical school at Queen’s University Belfast. Pointing to recruitment problems in general practice and in hospitals

through areas such as Derry, Tyrone, Armagh and south Down, Black points to the example of Fermanagh, where over the course of the past two years the number of GP practices has reduced from 18 to just eight.

The impact of this is twofold. Firstly, accessibility to healthcare is curtailed, especially for elderly and vulnerable patients and secondly, focussed care is suffering.

The issue was a focus within the Gardiner Review, a report into medical school provision in Belfast and Derry commissioned by the Department of Health and published in January. Describing the review as “excellent”, Black acknowledges that plans to double the number of medical students in Northern Ireland by 2033 might help solve the workforce shortage, however, getting doctors for rural and deprived areas will remain a problem.

“We have a health service where the highest needs are in deprived populations but so too are the lowest provisions,” he says, outlining the ‘inverse care law’. Discussing how this system is resulting in fewer GPs and doctors in deprived areas, he adds: “The health service is for the whole of Northern Ireland, not just for those parts closest to the infrastructure.

“In deprived areas a man dies seven years earlier and a woman four years earlier than a woman living in a well-off area. If the health service is a shared community resource, funded by taxation, then I think the population would expect us to focus that resource on the greatest need, and yet, the inverse care law is preventing that from happening.”

As part of a range of measures to combat this, the BMA has commissioned a roll-out of programmes, led by its students, to engage with schools across deprived areas, promoting careers in the profession. It is hoped that by doing this, young people form these areas would eventually return to work in their community.

Black is also looking forward to the approval of plans for a medical school in the North West to address the locality issues but believes that overall transformation of the health service is the key to improving outcomes for patients across Northern Ireland.

On top of this, he recognises the potential complications that Brexit will have on the healthcare workforce. Undoubtedly, Northern Ireland’s short-term solution to the current shortage would be international recruitment. Instead Brexit has created a situation whereby some EU doctors are leaving Northern Ireland and others no longer see it as an attractive destination, including those in the Republic of Ireland, who make up about 9 per cent of the current workforce.

Transformation, he asserts, is already underway in Northern Ireland, evidenced by an excellent cancer service, pioneered by the late Paddy Johnston; cardiac services based in Belfast and Derry and the introduction of five new, prototype, regional elective care centres for the treatment of cataracts and varicose veins, with another six areas planned for 2019.

“Now we need to move on and transform the services for outpatients,” he states, “which in some instances has patients on a waiting list for years. We also need to transform all of routine surgery to ensure it is done in a timely manner and to transform primary care to provide more services for patients outside of hospitals.”

He describes the installation of Multi Disciplinary Teams (MDTs) at GP federations in Down, Derry and West Belfast, as part of a pilot scheme as “a success story of transformation”. MDTs involve the establishment of practice-based physiotherapists, pharmacists, mental health specialists and social workers at GP practices, working alongside doctors and nurses to better meet the needs of the local population. 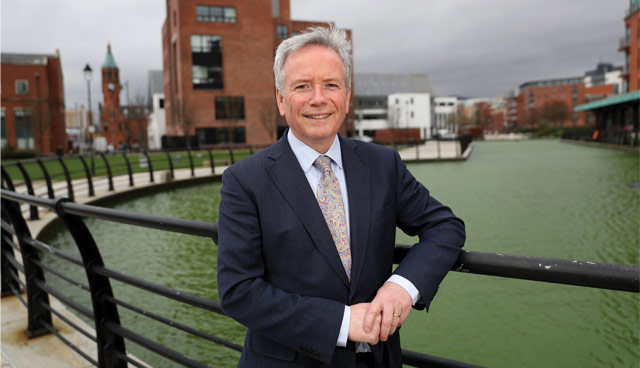 Technology and the use of protocols and pathways are enhancing patient care for better outcomes. The fact is that the profession isn’t challenged by this; we welcome it.

Discussing his first-hand experience of the scheme, Black details how the additional services have improved accessibility, outcomes and efficiency in his own practice.

Despite evidence of beneficial change, he is adamant that the absence of Stormont is a “huge impediment” on the pace of change. Acknowledging that ‘Health and Wellbeing 2026 – Delivering Together’, the 10-year transformation strategy brought forward by former Health Minister Michelle O’Neill, gave “a roadmap and the opportunity to deliver some transformation”, he finds it “appalling” that some major strategic decisions have not been taken, despite their necessity being evident for many years.

Crediting the Northern Ireland Civil Service for effectively using resources and transforming services within limited parameters, he welcomed the investment package of £22 million allocated in 2018, including £8.8 million in GP services, as the most significant investment in primary care since 2004.  However, he believes that with politicians in place, more strategic and structural change would be possible.

“I think we could make improvements quickly if that was the case. To date we have focussed on the five core areas of children; older people; maternity; cancer; and emergency services. However, in focussing on those areas, the result has been longer waiting lists for outpatients and routine surgeries.”

Describing technology as the “saviour” of the health service, Black admits that the extent to which technology can improve health outcomes can not yet be determined, given the speed of technology evolution. However, he is confident that over the next decade artificial intelligence (AI) led triaging will be a major factor in better patient management and better overall outcomes.

“Recent observances of algorithmic intelligence have highlighted its limitations but AI, backed up with good clinical observation, can be a game changer,” he stresses.

Black accepts that this level of disruption requires an open-minded approach from those within the sector and that it will pose challenges for staff working in the current environment. On technology’s role in creating and identifying new clinical pathways, he says: “30 years ago doctors were the first violin of an orchestra but now the role is more of a conductor, with the score being written by someone else. Is that the job we signed up for? Well, it’s the one that has evolved. Technology and the use of protocols and pathways are enhancing patient care for better outcomes. The fact is that the profession isn’t challenged by this; we welcome it.”

Additionally, wearable technology, enhanced data analytics, improving the Electronic Care Record and developing an electronic prescription system are all areas in which the BMA has identified technology as an enabler of transformation, an aide to doctors’ current working climate and ultimately better outcomes for patients.

Summing up his ambitions while within the role as chair of BMA Northern Ireland, Black outlines his desire to “engage the profession in the transformation for change”. “We want the profession to be fully engaged in strategic change but also to be the leaders of it, ensuring that transformation is done with them and not to them. 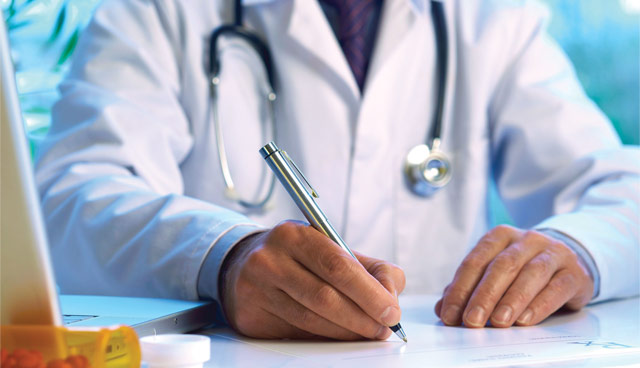 “Overall, we have to implement the agreed plans which will in turn lead to a more effective and efficient service. This will require a focus on the ‘middle ground’, where services that were traditionally delivered in hospital will instead be delivered in outpatients, general practice and via day surgery. Combined, these should provide for a better working environment for doctors. This can help change the current culture whereby medicine is not seen as an attractive career.”

On the challenges, Black returns to the short-term and potentially long-term impact of Brexit. Describing the UK Government’s current position as “extraordinarily risky”, given the closeness of the Brexit deadline, he highlights uncertainty in areas such as mutual recognition of qualifications, cross-border services and the sustainability of medicines and radioisotopes in the event of a hard Brexit.

Also challenging will be the shift of resources to community and primary care and the greater integration of technology.

“It’s a challenging but interesting time to be in healthcare given the rapid changes,” he concludes.

The 59-year-old, UCD graduate, is married with five children and is a passionate soccer fan. He describes himself as a ‘cinephile’, an avid walker and a keen gardener, with a skill for jam-making.