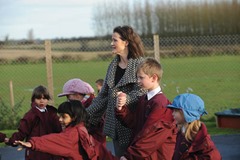 The education and library boards have published profiles of information on schools and the pupil population in each of Northern Ireland’s council districts. The profiles are available on the board websites.

“This new strategic approach is transparent and gives parents and schools full access to factual information of relevance and interest to them,” a Department of Education spokesman said. “As the process of area planning continues, it is important that everyone with an interest is fully informed and able to get involved in the debate on future provision.”

Belfast Education and Library Board covers the city and the other boards cover the following district council areas:

• South Eastern: Ards, Castlereagh, Down, Lisburn and North Down;

The boards have operated with a reduced staff since 2010 due to the delay in establishing the Education and Skills Authority. The 26 districts will be merged into 11 larger districts in April 2015.