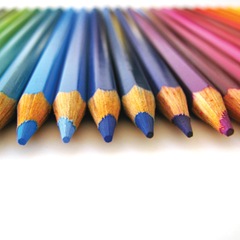 Caitríona Ruane talks to Peter Cheney about how she perceives the education system’s main divisions and her views on shared schooling.

Progress is being made on “integration and integrating” in education, according to Caitríona Ruane, but she claims that focusing on the Catholic-Protestant divide is too narrow a view to take.

controversy and she has rarely commented on the province’s segregated system of schools.

Ruane counts the ongoing reform process as her main achievement. Many people, she acknowledges, just think of transfer but there is a “jigsaw of interconnected policies” including the revised curriculum, collaboration with further education colleges, STEM subjects and improving careers guidance.

Figures show that since 2006-2007, the number of pupils in the formal integrated sector has grown by 2,597; its share within the system has increased by 1 per cent.

That said, the Department of Education’s community relations budget has fallen from £4.0 million to £1.1 million.

Responding to that point, Ruane says that she is widening out the definition – her new policy is named ‘community relations, equality and diversity’ – and will put more money into that work.

The main problem, it is put to her, is still the Catholic-Protestant divide and the other problems are small in comparison.

“I would argue, one of the biggest [divisions] actually in our society now is class,” she responds. “When I came in here in 2007, 12,000 young people left school without five good GCSEs … it’s the first rung of the ladder.”

That accounted for 47 per cent of school leavers at that level. The rate has now dropped to 41 per cent, and she puts the change down to the department’s policies e.g. on literacy and numeracy, Transfer 2010, the revised curriculum and school leadership.

“That’s not good enough, still. I want to make sure that figure goes down significantly,” she continues. “What that means is 12,000 people leaving with nothing [in 2007]. That is a worry because where do they go? You know how important GCSEs are. They do a CV and they present a CV. They don’t even get past the starting line.”

The “very small” numbers of children going to grammar schools from the Shankill, Falls and New Lodge troubles her: “It’s not ‘cos they’re not intelligent. It’s because there’s greater barriers placed in front of them.”

Ruane then turns to the divisions between Catholics and Protestants, and between immigrants and locally-born people.

“What we have to do is create a system that meets the needs of all our young people,” she states. “Now, if you were starting right now, you wouldn’t start with having Catholic grammar, Protestant grammar, Catholic secondary, Protestant secondary, Irish medium, integrated. Of course, you wouldn’t.”

She predicts that there probably would be two systems based on which language parents chose for their children’s education: English or Irish.

“But we are where we are. We are in a society that’s a very divided society. We have legacy issues where, in many cases, the Catholic community felt very marginalised and alienated from the state,” Ruane comments. “We had the first prime minister of the Northern Ireland state, as it was then, saying: ‘A Protestant state for a Protestant people.’”

The province’s first education minister, Lord Londonderry, did attempt a single integrated system. As a radical, she is asked, did she not admire that?

“Of course, I admire good progressive politics that’s trying to change things. Of course,I do.So what I have to do is to ensure that, during my watch, I make the maximum change in relation to social division and also in relation to divisions within [the] community.”

Explaining her approach, Ruane focuses on the area learning communities which involve pupils from different post-primary level schools sharing classes: “We have much more young people in the same classrooms but [with] different uniforms studying together.”

Funding is granted to schools which work together in clusters. However, the policy does not specifically require schools from different sectors to work together.

At a staff level, she had spoken at the North Belfast Area Learning Community’s open day earlier that week, attended by 600 teachers from all sectors. “There is much more integrating going on than people actually realise,” she adds, “and that needs to continue, absolutely.”

Pupil numbers and percentages refer to primary, secondary and grammar schools together.
Source: Department of Education