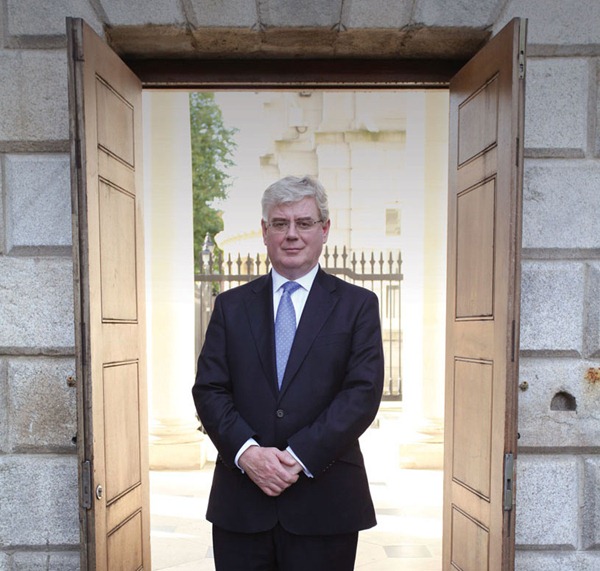 The possibility of becoming the first Labour Taoiseach is the impetus behind Eamon Gilmore’s burgeoning election preparations. He talks to Meadhbh Monahan about the Irish economy and his friendship with the SDLP.

Achieving the highest accolade in Irish government looks more likely for Gilmore following the rise in popularity he experienced in a June poll in the Irish Times and last month’s Millward Brown Lansdowne poll for TV3, where he came out as the most popular leader (46 per cent and 36 per cent) and Labour was also the most popular party on both occasions.

Despite Brian Cowen insisting he will see out his full term until May 2012, the Labour Party has put its wheels in motion. Candidates have been chosen to run in almost all the constituencies in the rural West and the North West, where Labour is traditionally weak.

Amid poor ratings on the international markets due to uncertainty over the cost of bailing out Anglo Irish Bank (estimated to be over €25 billion), an unemployment rate of 13.3 per cent and government spending cuts of €3 billion looming in the Budget on 7 December, people are turning to Labour, according to Gilmore. “It would appear that the increase in support for Labour has been in all areas of the country and in all demographics,” he claims.

Gilmore told agendaNi that the economic downturn has made people realise that “buccaneer capitalism” doesn’t work.

The prospect of a Labour-led government for the very first time “will represent very real political change in the state,” Gilmore contends.

He praises his party for being the only one that opposed the Government’s blanket support for the banks. “That decision, which tied the state so rigidly to the banking system, has been disastrous,” he believes.

Gilmore is considering running up to 80 candidates in a forthcoming election, compared to 50 in 2007, and is fielding more than one candidate in some constituencies such as Dublin South Central, Galway East and Limerick City.

The Government is in the process of formulating another very tough Budget, following from last year’s, where unprecedented cuts of €4 billion were made.

Although Labour has agreed with the total figure of €3 billion stipulated by the European Commission, Gilmore doesn’t agree with the manner in which the Government is trying to save money.

“There should be a balanced mix of measures,” he contends. In advance of last year’s Budget, Labour found €900 million in savings by examining the non-pay elements of each department and state agency. In doing this, they gathered information that was publicly available, requested information from the Department of Finance and utilised information that was contained in the McCarthy report.

“We are looking at this list of items again and will be doing another pre-Budget submission,” Gilmore explained. In terms of tax reliefs and allowances that are mainly property-related, Gilmore believes €1 billion could be saved.

The Galway native has been accused of attacking current policy without outlining alternatives. However, he is keen to summarise his commitment to creating a strategic investment bank (SIB) mandated to make €20 billion available to Irish business, particularly small and medium-sized enterprises.

This SIB would be a commercially-focused and independent semi-state company which would be guaranteed during its start-up phase and would be capitalised using €2 billion from the National Pension Reserve Fund. The SIB would lend to SMEs, invest in innovative companies and raise finance for appropriate infrastructure projects. “This, in turn, is a way to get people in construction back to work,” Gilmore argues. 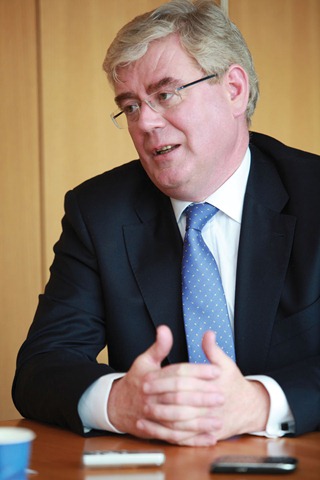 In addition to the SIB, Labour would have a jobs fund as part of any Budget. “This would be a dedicated fund designed to get people back into employment as quickly as possible.

A large contingent of Irish public sector workers are potential Labour voters. With this in mind, Gilmore says he would have transacted the public sector pay bill differently. Instead of a moratorium on recruitment and a pay freeze, Gilmore would have implemented reforms across the public service. “We would do it in a much more targeted way than the Government has done,” he says.

When asked why he ruled out a coalition between his party and Fianna Fáil after the next general election, even if he were in a position to become Taoiseach, Gilmore says: “I think we have to be clear about that. The country is looking for change. Fianna Fá́il have been in Government for over 13 years continuously. In fact, with the exception of the period of the Rainbow Government in the 1990s, they would have been in government for almost a quarter of a century. So, even if there was never an economic crisis, it’s probably in the interests of healthy democracy that the country gets a rest from Fianna Fá́il.”

He criticises them for their handling of the economic crisis and urges them to call a general election saying: “There is a sense that this government is simply serving out its sentence and that would be helped if there was a general election. What markets respond to positively is certainty and a new government.”

Gilmore contends that he is “friends” with the SDLP, which is a sister party and also belongs to the Party of European Socialists.

“We have very close links with the SDLP,” Gilmore says. Indeed he and other Labour colleagues “tramped the ground and knocked on doors” during the SDLP’s Westminster election campaign.

However, Gilmore acknowledges that “because of the nature of politics” in Northern Ireland, “it is fair to say that the SDLP has a special relationship with the three main political parties in the South.”

He believes that there is more work to be done on tourism, transport and the delivery of health services, particularly in border areas.

Gilmore adds: “I had a round of meetings in Stormont in November and if we are in government, we will work constructively to make the Good Friday Agreement and institutions work in the interests of the people. At the end of the day, that’s what it’s all about.”

Born in Caltra, County Galway, on 24 April 1955, Gilmore is a TD for Dún Laoghaire. He was first elected to the Dáil in 1989 for the Workers’ Party. He served as Junior Minister for the Marine in the Rainbow Coalition (1994-1997) when he was a TD with the Democratic Left Party. In 2002, he was one of the strategists when that party merged with the Labour Party. He was elected as Labour leader in 2007. Prior to politics he worked as a trade union official.

Gilmore lives in Shankill, County Dublin. He is married with two sons and a daughter. In his spare time he enjoys watching Gaelic football, hurley and camogie, and going for walks in the countryside.