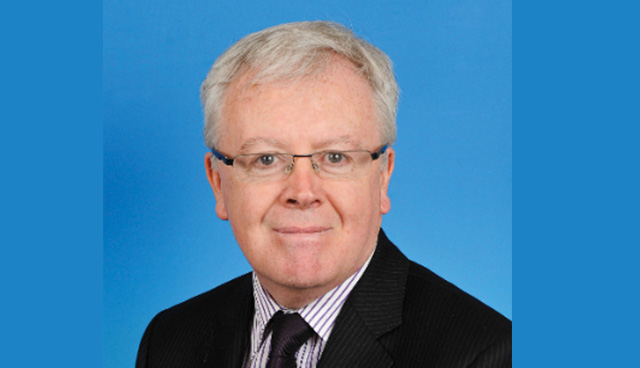 Persistent and recurring issues are impairing the delivery of justice and the quality of service experienced by those impacted by the justice system in Northern Ireland. To date, adequate steps have not been taken to address these failings. agendaNi explores the Northern Ireland Audit Office’s (NIAO) report on avoidable delay.

In Speeding up Justice: Avoiding delay in the criminal justice system, a Northern Ireland Audit Office report, Comptroller and Auditor General Kieran Donnelly determines: “Currently the criminal justice system in Northern Ireland does not deliver value for money. The cost of criminal justice is significantly higher than in England and Wales and cases take considerably longer to complete. This has negative impacts on victims, defendants and witnesses… The only way to address these issues effectively is through developing true partnership working between the police, prosecution, courts and the judiciary within which specific reform projects can be pursued.”

In 2016, in response to OECD recommendations, the Northern Ireland Executive produced an outcomes-based Programme for Government. This transformation of public service delivery placed a new emphasis on outcome rather than process and critical to this is the concept of collaborative working. This filtered into the reform of the justice system in an effort to address delay and inefficiency.

There are four main justice agencies in Northern Ireland: the PSNI, the Public Prosecution Service (PPS), the Northern Ireland Courts and Tribunals Service and the Department of Justice. Each of these is required to work collaboratively with the others to ensure that criminal justice objectives are delivered efficiently.

The NIAO’s report identifies weakness in the early stages of investigations – when the PSNI compiles evidence and the PPS makes a decision on prosecution – as the most critical cause of delay in criminal justice. Progress towards the 2006 objective for the PSNI to ‘get it right first time’ has been lethargic and just over half of trials proceed on the date initially listed (57 per cent in 2016), though this is an improvement on 43 per cent in 2011.

A 2015 investigation titled An inspection of the quality and timeliness of police files determined that the majority of Crown Court case files tested were either “unsatisfactory (contained errors or omissions meaning the PPS were unable to make a prosecutorial decision) or poor (contained significant omissions in the core evidence provided)”.

Upon reaching court, cases are frequently punctured by adjournments of court hearings, with an average of between six and seven each. This has a significant impact on criminal justice organisations. In 2012, PSNI officers were required to attend court in excess of 23,000 occasions, with an average attendance time of five hours. On 75 per cent of these occasions, equating to 11,000 frontline shifts, the officers were not required to give evidence.

Furthermore, the report indicates that the criminal justice system has been less effective at securing early guilty pleas which would ensure fewer court hearings and greater efficiency. Between 2010/11 and 2016, total guilty pleas fell from 43 per cent of defendants to 38 per cent.

Consequently, public confidence in the criminal justice system is damaged. Findings from the Department’s 2016/17 Northern Ireland Crime Survey indicate that only 63 per cent of people feeling the justice system was fair, and a mere 46 per cent that it is effective.

Aside from the obvious impact upon victims, defendants and witnesses, inefficiencies in the criminal justice system have financial repercussions. However, this financial cost is not made quantifiable by the justice organisations because detailed financial analysis is absent from performance improvement.

As such, recognising that “there is currently no reliable means of establishing the cost of the criminal justice system, of individual processes within the system or of quantifying the inefficiencies resulting from poor performance”, to provide financial context for the assessment the NIAO report includes high level analysis of annual expenditure trends for the organisations.

The report indicates that criminal justice in Northern Ireland has a higher financial cost without any discernible added benefits. This underperformance occurs in the context of an administrative environment lacking infrastructure which is conducive whole-system collaboration.

Crucially, the report is critical of “the inability of justice organisations to commit fully to a collaborative model of delivery”. A common performance framework is notably absent from the justice system. Failure to establish a collaborative model, the report advises, “risks undermining the future potential of current reforms and will leave the justice system ill-equipped to deal with the challenges ahead”.

The NIAO asserts that “the criminal justice system cannot function effectively until the various justice organisations work more closely together”. This requires behavioural change, underpinned by collaboration within the Criminal Justice Board (CJB) and the Criminal Justice Programme Delivery Group (CJPDG). This incorporates the establishment of “lines of accountability; quality information systems and a transparent reporting framework”. In relation to avoidable delay, the report suggests that substantial improvement should be demonstrated and undergo continuous review.

Acknowledging renewed efforts to remove avoidable barriers to progress through the Indictable Cases Pilot, the report asserts that reform of investigation and prosecution performance would enable:

• a higher quality of investigation and prosecution files;

• enhanced coordination at interfaces between organisations;

• fewer adjournments of hearings and trials; and 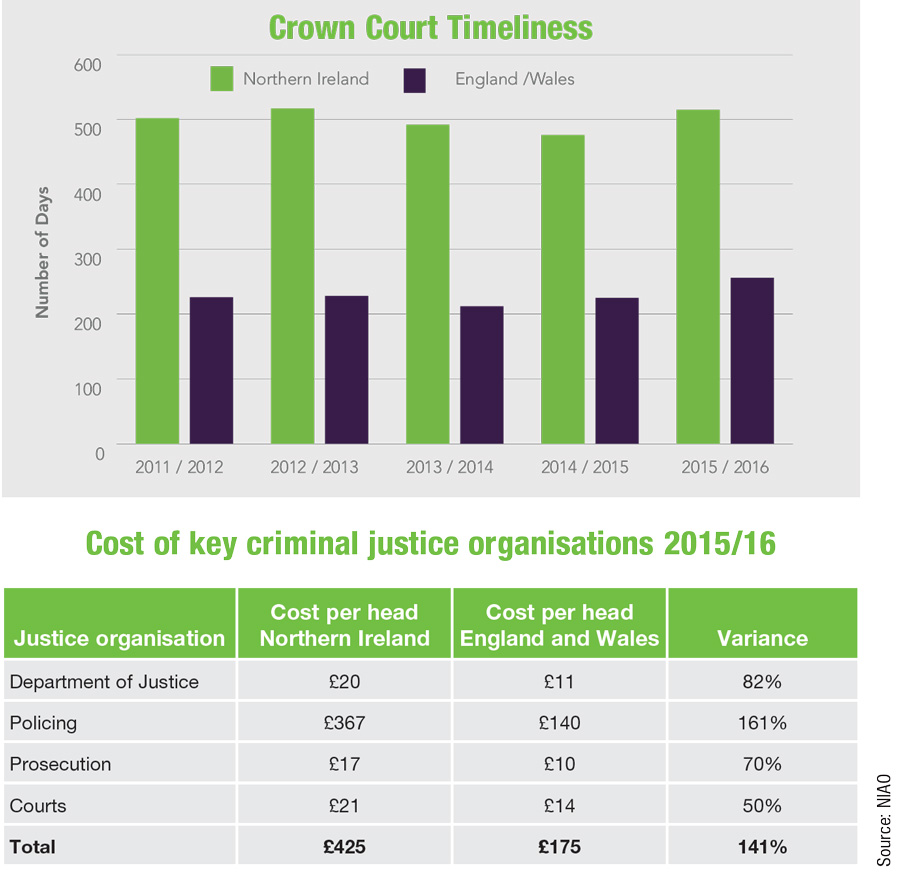 The NIAO report makes a series of six key recommendations.

1. The Department of Justice should ensure that sufficient administrative assistance is provided to the judiciary to facilitate more effective case management and progression in the Crown Court. Likewise, the PSNI and PPS should implement any corresponding arrangements to enhance case management.

2. The Department should establish a system to monitor the implementation of Criminal Justice Inspection Northern Ireland recommendations for improvement.

3. The Department should produce an action plan and timetable for the eradication of committal proceedings.

4. The CJB, working in conjunction with the CJPDG, should establish a common understanding of the end-to-end criminal justice process, aimed at securing collaborative working to reduce the delay in management of cases.

5. The CJB and the CJPDG should lead in development sharing of performance and financial management information.

6. The CJB and the CJPDG should establish a framework by which performance is consistently analysed, and performance improvement lessons diffused across the system.

• £819 million Expenditure by the criminal justice organisations under review