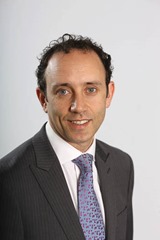 Conall McDevitt has been an SDLP MLA for South Belfast since January 2010 and is the party’s spokesman on policing and health. A Dubliner by birth, he has worked as an SDLP Director of Communications and special adviser, customer relations manager with Viridian, and Managing Director of Weber Shandwick.

He is a member of the Assembly and Executive Review Committee and Health, Social Services and Public Safety Committee, and chairs the Assembly’s all-party groups on muscular dystrophy and international development. Conall was runner-up in the 2011 SDLP leadership election.

I come from a very political family. My great-grandfather, grandfather and dad were all interned because of their political beliefs. I suppose it’s in my blood although I am the first McDevitt ever to hold political office.

In 1982 my family moved to Malaga in southern Spain. Our arrival coincided with the election of the first socialist government in 40 years following the Franco dictatorship. I watched the investment that came with democracy. Spain joined the European Community, new schools were built as well as massive investment in health, transport and communications. It’s a period known as the ‘transition’. It was a special time and it proved the value of politics to me as a teenage boy.

What are your main political ambitions?

To serve the people of South Belfast well and play whatever role I can in building a reconciled North in a new Ireland.

Since the Good Friday Agreement, the focus has been on creating stable political institutions and a greater culture of respect between our communities. The next decade is about deepening democratic accountability and giving the electorate a greater stake in our institutions. That will mean shifting the debate onto the policy choices being offered by the different parties so we can have real debates about the direction of our economy, our public services and our society.

It also means dealing with the past and building reconciliation. Truth and reconciliation are two sides of the same coin. The talks which Richard Haass will chair must deal with that issue as well as parades and flags. Truth is that until we deal with our past in an ethical way, we will not unlock reconciliation and the opportunity for this society to flourish in every sense of the word.

Who have been your main influences?

My parents, who are both now deceased, and John Hume. As a child in Ireland and Spain, Hume was the brightest light in the northern darkness. He didn’t just stand up to the IRA, loyalist paramilitaries and those abusing state power. He re-invented Irish nationalism, placing it firmly in a European context and opening our minds to the real issue: a divided people.

The SDLP is a special political party. It is modern, progressive and the embodiment of the New Ireland. Hume and the party’s founding generation inspire me every day. 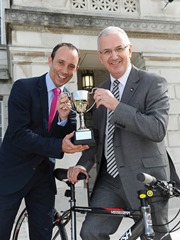 What do you aim to achieve in your private member’s Bill on speed limits?

The motivation for the Bill originated from regular requests to the constituency office relating to traffic calming and the danger of ‘rat-runs’, which is commonly understood to be the practice of driving through residential side streets to avoid congested main roads.

I gathered a body of research which documented the successes of 20mph limits in other jurisdictions to further develop the case for the private member’s Bill, with the key message that reducing the speed limit from 30mph to 20mph reduced the chances of being killed if struck by a car travelling at these speeds from one in five to one in 40 respectively.

The objectives which I seek to achieve through the Bill are safer streets for all road users, including pedestrians and cyclists, and to reduce the number of accidents and fatalities which we have on the roads.

Why have you described Transforming Your Care as privatisation?

The SDLP acknowledges the need to reconfigure our health and social care system so as to better meet the needs of patients. We also want to see services, particularly for older people, improved.

The real challenge in our society is to address the health inequalities which exist between people with fewer resources and those who have access to resources.

There is little evidence that the Transforming Your Care proposals as currently set out will seriously address the basic challenge of removing the gap in life expectancy between people in working class areas and those in the leafy suburbs.

And what are your alternatives?

To build on the strengths of our integrated health and social care system by shifting resources out of management and towards patients.

This will require much greater efficiency within the health and social care system as well as a change in the way some within our society relate to the system. Some argue that because a tiny minority abuse our system, the system is broken, when in fact what we need to do is understand why some are using up a disproportionate amount of health and social care time.

We also need to put more money and emphasis on public health. That is a whole government challenge, not just a job for the Department of Health. To date, we see little evidence of government holistically investing in a healthier society.

I have three school age children. As my wife and I both work full time, our spare time is pretty exclusively family time with the occasional early morning run thrown in – and a good book for sanity.