The Department for the Economy believes a government scheme to enhance broadband connectivity across Northern Ireland remains on track and will receive the necessary funding over the next four years.

The tendering process for Project Stratum closed on 5 May. The tendering deadline had initially been extended following a data refresh by the Department in January 2020, which led to a downsizing of the intervention area by 18,390 premises.

There were concerns that the outbreak of Covid-19 might have pushed the tendering deadline further, however, the Department has confirmed that tenders were “submitted in accordance with this timeline”.

The Department would not provide details on the number of or name of those tendering for the project but a spokesperson stated that the process “remains competitive”.

Project Stratum is a £165 million project seeking to improve connectivity for those unable to access broadband services of 30 Mbps or greater across Northern Ireland.

In December 2019, the Department announced that 97,140 premises across Northern Ireland where potentially eligible to benefit from improved broadband connectivity under Project Stratum, following the publication of its response to a public consultation. However, a UK-wide data refresh exercise was conducted during the months of December 2019 and January 2020 and coupled with progress on other broadband initiatives and ongoing work by broadband infrastructure providers, led the Department to announce a reduction in the number of premises eligible to 78,750.

Following the closing of the tendering process, a spokesperson for the Department said that the anticipated date for contract award remains to be late September 2020. “Officials are working to ensure that progress aligns to this targeted date, subject to final approvals and state aid assurance,” he added.

Around 90 per cent of premises in Northern Ireland have access to a superfast broadband service, according to Ofcom, short of the 95 per cent target set by the UK Government and largely achieved in Britain by December 2017. Northern Ireland’s connectivity rate when the Project Stratum process was initiated in June 2018 was 88 per cent.

Ofcom’s Connected Nations Report 2019 reported Northern Ireland to have a lower rural 30+ Mbps rate than England, Scotland and Wales, with just 68 per cent of rural premises able to access such speeds.

Project Stratum is a £165 million project, with £150 million of that intended funding arriving through the £1 billion confidence and supply deal struck between the DUP and Theresa May’s Conservative Party in 2017 and the extra £15 million coming from the Department of Agriculture, Environment and Rural Affairs.

Questions were raised over the security of the outlined funding following the announcement of the New Decade, New Approach (NDNA) funding package from Westminster, which incorporated the confidence and supply funding into a broader allocation to the Northern Ireland Executive.

“Broadband remains a key priority for both the Executive and the UK Government, and we fully expect the funding for this project to be profiled against the practical deployment requirements indicated, and we are working on that basis.”

Initially, £3 million of the £150 million had been included for capital allocation for 2019/20. In March the Department responded to inquiries as to why this had yet to be drawn down. A spokesperson said that the full £150 million had been “reprofiled across the financial years to 2023/24”.

Following the closing of the tendering process, the Department confirmed of the full £165 million that: “The project’s funding profile requires this to be allocated across four years in order to meet the anticipated deployment requirements for broadband infrastructure across the target intervention area.”

Initially, the then Secretary of State indicated that confidence and supply funding would cease following the NDNA financial package and the Executive agreed to provide replacement funding to allow for the continuation of these schemes while negotiations were ongoing.

However, subsequently the HM Treasury confirmed that the funding for Confidence and Supply will be made available in 2020-21.

“On 9 April 2020 it was confirmed that the Chief Secretary to the Treasury agreed to release the 2020-21 tranche of funding from the financial annex to the Confidence and Supply Agreement totalling £45 million for this financial year, of which £15 million was allocated to Project Stratum, in line with the funding profile,” a Department’s spokesperson stated.

However, the remaining funding for the future roll out of the project will be required to be allocated by the Executive through the Department of Finance’s future budgets. In unprecedented times for economic decision-making, the Department remains confident that funding will be available when necessary for Project Stratum.

“Broadband remains a key priority for both the Executive and the UK Government, and we fully expect the funding for this project to be profiled against the practical deployment requirements indicated, and we are working on that basis,” added the spokesperson. 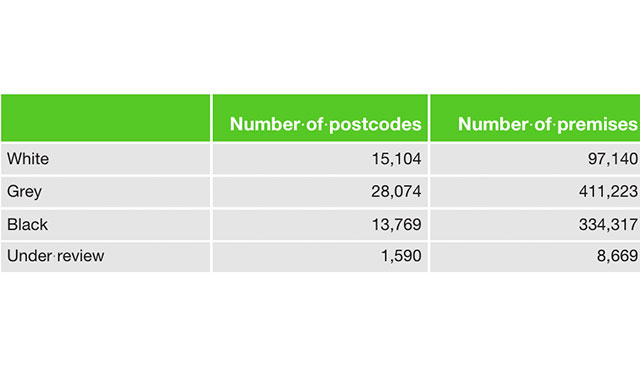