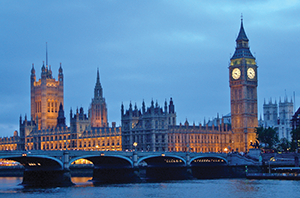 Data compiled by Citizens Online Democracy reveals the most active MPs in the House of Commons.

Data compiled by the charity Citizens Online Democracy and published on the website theyworkforyou.com has revealed the activity levels of Northern Irish MPs in the House of Commons.

The site itself doesn’t publish rankings for MPs, but each MP’s page gives a figure for how many times they have spoken in the last year and what percentage of votes they have taken part in. However, as the website’s spokesperson, Myf Nixon makes clear, the site encourages caution when looking at this type of ranking. “MPs’ performance should be judged on many other activities as well as how often they speak or vote.”

The results show that the least active MP in Northern Ireland is the SDLP MP Alasdair McDonnell who spoke 12 times and participated in 29 per cent of the House’s votes.

The second most active MP in the UK is the Conservative backbencher for Wellingborough Peter Bone, who spoke on 148 occasions, 99 times less than Shannon.

Reflecting on the report, Shannon expressed his pleasure, though stressed that representing his constituents remained his highest priority. “Despite being from Northern Ireland I was happy to be made aware that I am the most active MP in the entire House of Commons,” he said.

“I wasn’t even aware of these statistics until someone alerted me. I’m not out to beat a record or set statistics, I go to represent people as I should as their MP and it’s flattering to have my efforts recognised. I will continue to represent my constituents on all issues I believe to be important to them whenever and wherever possible and I challenge other MPs to step up to the mark and do so themselves.”

The available data also revealed that despite being the most frequent speaker in the Commons, Shannon actually voted less than both Mark Durkan and Margaret Ritchie of the SDLP. 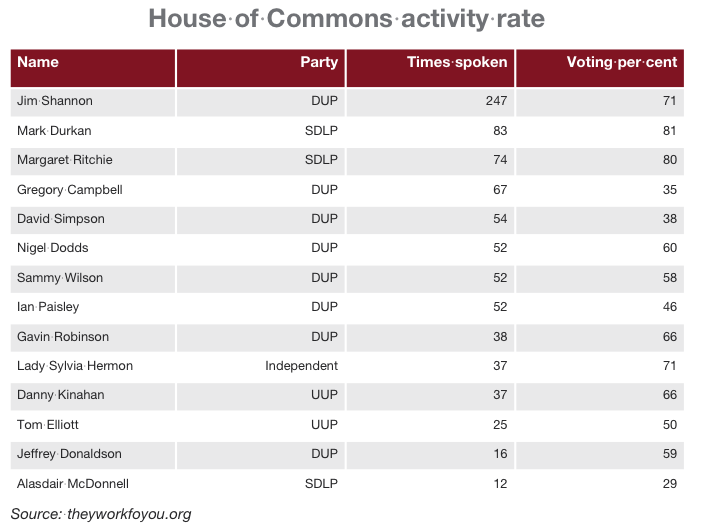