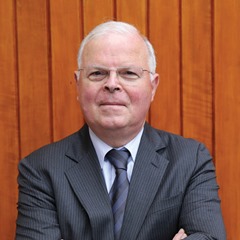 Peter Cheney, and highlights how it impacts on our competitiveness against other small economies.

Northern Ireland needs to close the significant adult skills gaps between the region and other small economies in order to compete more effectively. That’s the view of economic consultant John P Martin, who was until recently Director for Employment, Labour and Social Affairs at the OECD.

Speaking to agendaNi, he explains that countries, in general, have traditionally focused on initial skill accumulation – up to the age of 30 – but have placed much less emphasis on how people acquire skills later in life.

“There is much less known about it and what works and what doesn’t work in this area,” he comments. Northern Ireland is included in the OECD’s Survey of Adult Skills and its results are very similar to those in England and the Republic of Ireland. A total of 24 countries and regions were surveyed in 2011 and 2012.

“What is more worrying is that average skill levels in these islands are significantly less than in the best-performing OECD countries,” Martin remarks, highlighting the success of the Nordic countries. Finland is Europe’s best performer (see table for comparison) followed by Sweden and Estonia.

He adds: “These are, after all, small open economies which are competing directly with the economies on these islands so the fact that adult skills, as revealed by this survey, are not as good as they are in some of the leading competitors is, I think, a matter of concern.”

The three main policy challenges, in his view are:

1. increasing the proficiency of adults with very low skill levels;

2. closing the gap between high skilled and low skilled adult workers; and

Across the British Isles, around 13-20 per cent of the population is in the lowest skills bracket.

Improving their skills requires a much greater emphasis on basic literacy and numeracy “tied as much as possible to the workplace in order to give them some remedial investment” and encouraging employers and employees to take up those opportunities.

A wide dispersion in skills within the population is associated with increasing inequality in income and wealth and also poorer outcomes in terms of health and civic engagement. Those difficulties for society help to make the case for policy-makers to narrow that gap.

The survey tested ICT literacy skills with an emphasis on problem-solving in workplace situations.

“We do not have large numbers of adults who are able to perform at the highest levels of ICT skills,” Martin states. “And given that the ICT revolution is at the heart of so much of the engines that are driving modern economies, I think that has to be a major concern for policy-makers.”

One of the interesting and positive trends found in the report is that older workers in England have almost the same proficiency levels as their younger counterparts. The reason for this is unclear but it means that England performs better in older age groups than Northern Ireland or the Republic.

The OECD maintains that skills are crucial not just for a person’s career prospects but for their health and well-being and also for national or regional economic growth. This is affirmed by the survey’s findings i.e. high skills are associated with employment and higher earnings while low literacy skills (in particular) are linked to lower social mobility.

At a practical level, Martin wants to see a greater awareness of existing skills gaps among employers, trade unions, employees and policy-makers and better incentives to encourage both employers and employees to increase their investment in skills.

The Survey of Adult Skills forms part of the Programme for the International Assessment of Adult Competencies (PIAAC). Its findings are designed to help countries to improve their education and training systems.

The survey was based on interviews with adults aged 16-65 in their homes (5,000 in each participating country) and is designed to provide a comparative analysis of skill formation systems and their outcomes.

Its main target audience includes educators, labour economists and policy-makers but the OECD hopes that the ultimate beneficiaries will be citizens who will benefit from more effective policy development and implementation. Detailed results are available at skills.oecd.org