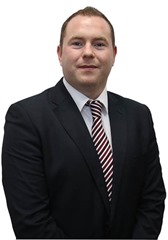 Chris Hazzard is a Sinn Féin MLA for South Down and the party’s northern education spokesman. He was co-opted to the Assembly in April 2012 to succeed Willie Clarke and sits on the Education Committee and Public Accounts Committee. A native of Drumaness, Chris has started a PhD on Ireland in the post-war years (1945-1955) and has also worked as a Sinn Féin press officer.

How did your interest in politics begin?

I have had a keen interest in both Irish history and politics from an early age. Despite being only nine years old, I vividly remember the Loughinisland massacre in June 1994 which occurred just a few miles from my home and the sense of horror and anger that gripped my local community.

Throughout my years at school I would read widely about both local and international affairs. Indeed it was following a P7 project, examining the United Irish rebellion at Ballynahinch in 1798 that I first discovered Irish republican politics.

Who have been your main political influences?

Following on from the formative nurturing of my political perspective through my parents at home, I would probably identify my years at Queen’s University Belfast as the most important period of influence.

I was fortunate enough to engage with some of the brightest academic minds in Irish political history and I have no doubt that their critique and support was vital in shaping my perspective and ability to engage in political life.

I couldn’t, of course, name all those who helped craft my outlook but I would owe particular gratitude to Richard English, Margaret O’Callaghan, Graham Walker and Keith Breen – who all in their own way helped challenge and enhance my view of wider political life.

Also at this time, I became increasingly involved in local politics and learnt a lot from lifelong republicans in South Down such as Mick Murphy and Eamonn Mac Con Midhe. The experience and guidance from such activists is a huge help for younger political representatives like myself, so I owe huge gratitude to all those who continue to challenge and support me today.

In your view, what is unique about South Down?

Like many parts of Ireland, South Down boasts areas of outstanding natural beauty such as the Mourne mountains, forest parks, the Quoile estuary and Strangford Lough – but in tandem with this we are the inheritors of some of Ireland’s most important heritage.

From St Patrick and the Vikings to the United Irishmen and a plethora of world renowned literary figures, South Down is surely primed to become one of Ireland’s premier tourism destinations. 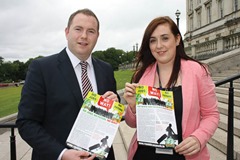 What are your main ambitions for the constituency?

As mentioned in the point above, I believe strongly that South Down is the perfect region for significant and strategic investment so that we can capitalise on the vast array of tourism opportunities available.

Like the kingdom of Kerry in the South West of Ireland, there is no reason why the kingdom of Mourne in the North East can not avail of our similar tourism potential.

As a hugely rural constituency, South Down requires people to champion the protection and sustainability of vital services such as the Downe Hospital. I am committed to not only fighting for the protection of services currently available but to campaign for improved connectivity and communication infrastructure throughout the county so we can continue to develop local business and help develop our local economy.

What are the most frustrating and enjoyable parts of your role as MLA?

I would say that the most frustrating aspect of my role as an MLA would be the sluggish nature of change in the North. Too often we are seeing necessary progressive reforms grind to a halt because one particular party decides it may not be in their own narrow political interests.

I would say that the most enjoyable aspect of my role as an MLA would be the opportunity to represent local constituents in their time of need. From housing issues to welfare issues, it’s great to see my local constituency office working with local people in order to improve their lives.

I am an active member of my local GAA club, Drumaness, and despite the hectic diary I try to train and play as often as I can. I have recently taken up walking in the Mournes. It’s proving a great way to get away from all the stress of the job and clear my head each weekend.

I also love to travel and visit as many interesting places as possible. I’m looking forward to this summer as I am travelling through South America for my honeymoon.