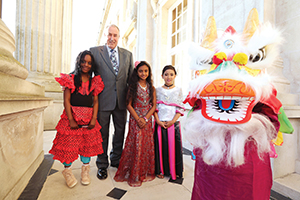 The Northern Ireland Assembly’s divisions reached boiling point in September as ministerial resignations threatened its very existence and the topic of paramilitary activity was thrust firmly back into the spotlight.

With the revelation in late August that the PSNI believes IRA structures remain “broadly in place” it was clear that September was going be a very turbulent month for our elected representatives at Stormont. The first move was made by the Ulster Unionist Party’s only Executive Minster, Danny Kennedy who resigned as Regional Development Minister on 2nd September.

At the same time, Peter Robinson flew to London to convince Prime Minister David Cameron to suspend the Assembly until the situation could be resolved. However, failing to convince him to do so, Robinson promptly resigned as First Minster on 10th September and installed his party colleague, Arlene Foster as acting First Minster until the situation can be resolved. Robinson also announced the party’s policy of ministerial resignation and nomination until the current problems are overcome.

This policy has resulted in a disruption of the institution as Speaker Mitchell McLaughlin announced the resignation of Jonathan Bell as Enterprise Minister, Simon Hamilton as Health Minister, Michelle McIlveen as junior Minister and Mervyn Storey as Social Development Minister. Following the UUP’s decision not to nominate a new Regional Development Minister, the DUP assumed control of that position under the d’Hondt system and nominated Michelle McIlveen who accepted the position and then resigned a short time later.

The SDLP meanwhile has its own issues to address in the form of a leadership challenge. Following comments made by SDLP leader Alasdair McDonnell about the DUP and Sinn Féin, high profile names including Bríd Rodgers and Seamus Mallon have called for him to step aside. The 32-year-old former Mayor of Derry and current Foyle MLA, Colum Eastwood has been nominated by nine party branches to challenge his leadership at the party conference in November.

Speaking about the challenge, Eastwood claimed it “was not personal” and says that he feels his party has had poor election results, lacks fresh ideas and is in need of a new direction. For his part, McDonnell is not keen to relinquish control of the party claiming, “if there’s a challenge, I’ll face it.”

Elsewhere, the DUP has co-opted Emma Pengelly to replace the retiring Jimmy Spratt as MLA for South Belfast. Announcing the appointment, Peter Robinson, praised Pengelly, who had served as an advisor in OFMdFM and called the trained barrister a “tremendous talent.” Pengelly has also been appointed to the Committee for Finance and Personnel, a move that has been criticised in some quarters.

The issue of Stormont’s dress code was also brought up in September as Sinn Féin’s Phil Flanagan was given a ‘dressing down’ by the Speaker for appearing in the chamber without a tie. Addressing the Fermanagh and South Tyrone MLA, McLaughlin said: “You are well aware that it (the dress code) applies to you.” However, it later emerged that there is no strict dress code imposed on members who are simply expected to wear ‘business attire.’

With all this turmoil, it is easy to forget there is still some real business happening in the Assembly. The former UUP and NI21 deputy leader John McCallister introduced a private members bill proposing the establishment of an official opposition, the Ad Hoc committee on the Public Service Ombudsperson Bill published its report on the bill on 29th September and the Department of the Environment published its Strategic Planning Policy Statement and announced that the department’s renewable energy policy would face a comprehensive review.