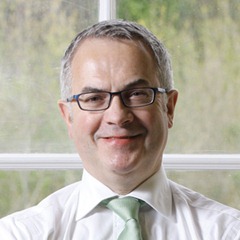 The Department of the Environment is an economic department with a radical reform agenda, Alex Attwood contends, but Northern Ireland can do much more to protect its habitats and historic buildings.  The Environment Minister oversees one of the Executive’s widest briefs, ranging from road safety to nature reserves.

“When I came in, my initial strategy was to do a lot of churn, to turn every stone, to try to bring external organisations and the community and voluntary sector into the life of the department, to move issues on positively,” he remarks.

That has been rolled out across taxi licensing, the department’s enforcement powers, clean beaches, crimes against listed buildings, the environment’s economic relevance, and his ministerial decisions under Article 31 of the Planning Order 1991.
“My strategy was to do churn and change, and do it very intensely and very quickly,” Attwood states. “And consequently, I’d like to think that over the last three months and certainly the next three months, you will see the roll-out and the maturing of that strategy in order to demonstrate that this department is clearly the leading environmental department but it is also a leading economy department.”

Asked to define his ambitions for the Assembly term, he expands on that “twin-track purpose”. Passing national parks legislation will demonstrate that Northern Ireland wants to “protect” and also “positively develop” its natural environment for its own benefit, and also for tourist numbers and spend.

The power to create national parks already exists in the Nature Conservation and Amenity Lands Order 1985 but with no detail on how they would be run in practice.

“The quality of our wind, our wave and our tide, is the best in Europe.  We should be recognising that that creates enormous opportunities for renewable energy going forward,” he asserts, adding that DoE planning policy and decisions must support that sector.

In addition, he wants to put in place “one of the most radical driver testing regimes in Europe,” incorporating the Executive’s approved cut in the blood alcohol levels but also more “novel and contentious” interventions.

“Should newly qualified drivers be allowed to drive at 70mph?” he continues. “I think they should because I think that’s a safer way to drive in motorway conditions.”  Responding to the point that those drivers are inexperienced, he accepts that but “going on a motorway at 45mph the day you qualify, with a heavy goods vehicle coming thundering down the back of you is not very safe driving conditions.”

The driving test experience, he states, can be shaped to produce a “newly qualified novice driver who is more capable of driving.”  He also suggests allowing learner drivers to obtain a licence when aged 16½ rather than 17 on the condition that they cannot take their test until at least one year later.  At present, someone can get their licence at 17 and do the test a week later “but that doesn’t necessarily mean that you’ve learnt very much.”

Attwood maintains that his “radical view” will work itself through into government policy and will reduce the number of fatalities and injuries on the roads, and also reduce insurance premiums for young and rural drivers.

Tourism, in his opinion, is one of the best ways to assess the state of Northern Ireland’s environment.  Six out of its 10 most popular visitor attractions draw from its built and natural heritage.  Visitors come to this part of Ireland because of their “experience of the people and the experience of the built, natural, the Christian and archaeological heritage”.

The department has done a “good enough job” in protecting that heritage but has to demonstrate that protection “more and in better ways going forward”.  He cites investment to repair derelict buildings in Portrush and Portstewart, before the Irish Open, and the issuing of more urgent works notices in the last six months than in the previous 20 years.

In March, the European Commission warned Northern Ireland that it was at risk of breaking EU law by failing to protect horse mussel (Modiolus modiolus) reefs in Strangford Lough, from damage by fishing gear.  Senior DARD and DoE officials have since met with Commission staff to discuss that warning.

“The fact that we were in a vulnerable place doesn’t speak positively about what we were doing to protect the environment,” he acknowledges.  “Here was an acute issue that we’ve known [about] for years and yet we weren’t able to satisfy that we had been doing enough over recent years, and I made it very clear to everybody, including DARD, that we needed to be decisive to manage that issue.”

It still frustrates him that the problem came up in the first place.  The Marine Bill, which he brought to the House on
21 February, envisages a marine planning system but not a single marine management organisation “although I hope to win that argument.”  The Executive has agreed to “look at all the options” but a vote has not yet been taken.  “The door is not closed but I accept that the door is not very wide open,” he says.

The Modiolus modiolus case, in his view, shows the risk of dispersing the functions of government and allowing various interests to look for protection from government departments (e.g. fishermen and DARD).  His responsibility for the marine environment and DARD’s responsibility for fishing creates “inevitable tensions” and “potential conflicts” but also “potential for agreement as well”.

Strangford Lough, he suggests, could become a marine national park, the first of its kind in the UK and Ireland.

“We have, in my view, more concentration of natural wonder in this part of this island than any part of these islands,” he summarises.  “It is critical that we protect it because of the need to protect the environment and to positively develop it.”  National parks, the Marine Bill, and his summits “all demonstrate that there was further ways to stretch the department”.

Pressed on how to persuade farmers, who have opposed park status in the Mournes, the Minister predicts that the Executive will approve the legislation and that two parks will initially be designated, to ‘advertise’ the province’s scenery.  People will then realise that they are “going to miss out” on the opportunities.

He also expects that Northern Ireland will develop a different form of national park from that used elsewhere in the British Isles, to reflect “local conditions and sensitivities”.  However, he warns opponents against deploying “worst fear arguments”.  For example, at one meeting, he was told that the national park management authority would control planning in the Mournes.  That was a clear falsehood as the Review of Public Administration will transfer power over planning to the new council covering the whole mountain range.

“And people need to look at the truth of the argument,” he adds. “If they don’t want it, there’s plenty of other places who’ll grab it with enthusiasm.”