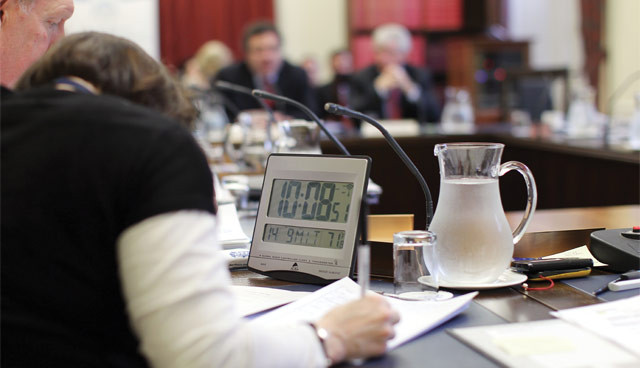 David Whelan looks at the UK’s Agriculture Bill 2017-19, described by the Government as “the first comprehensive agriculture bill for five decades” yet criticised by the opposition as a “huge missed opportunity”.

Published on 12 September and deemed to be the first ‘Brexit bill’ dealing with domestic policy, the Bill has provision for enabling powers as the UK exits the EU’s Common Agricultural Policy (CAP), complying with the World Trade Organisation (WTO) Agreement on Agriculture.

Introducing the Bill, Secretary of State for Environment, Food and Rural Affairs, Michael Gove MP, said that it would provide farmers with “a new platform to modernise agriculture; to be able to produce, sell and export more food; and, at last, to receive the rewards that they deserve for their environmental work and the other public goods that they provide.”

However, Shadow Secretary of State, Sue Hayman MP, criticised the Bill for having “no targets around environmental improvements, reducing carbon emissions, and around a lack of commitments on home grown food and tackling food poverty.”

Prior to the Bill, the UK Government committed to providing the same cash total of funds currently available in farm support until the end of the current parliament. This is expected to occur in 2022 but could come sooner.

Described as an “enabling” bill, it contains 25 delegated powers, with five of these allowing Ministers to modify primary legislation.

The main body of the Bill applies to England. At the request of the Welsh Government and the Department for Agriculture, Environment and Rural Affairs (DAERA), Schedule 3 (Wales) and Schedule 4 (Northern Ireland) extended similar powers to the regions enabling them to start preparing replacement schemes. However, the Scottish Government has not taken up the offer of powers in the Bill in opposition to the UK Government about its approach to repatriating EU powers in devolved areas of competence.

The SNP’s Deidre Brock MP described the Bill as premature and noted “the absence of any indication of a financial underpinning of Scottish agriculture and the protections that Scottish produce currently enjoys [are] being stripped away”. SNP members questioned the Government position that the administration of World Trade Organisation rules and terms administration was a reserved matter.

A brief outline of the Bill’s functions includes:

Public payments for public goods: Clauses one to three gives power to the Secretary of State to provide financial assistance in the absence of CAP support. As well as this it also facilitates the SoS in setting conditions on the assistance, checking, enforcing and monitoring of funds and conditions. There are no provisions for Northern Ireland or Scotland.

Potential to ‘delink’ payments from farming requirements: Clause seven outlines powers to phase out the (Basic Payment Scheme) by allowing de-linked payments to be made in a lump sum “allowing farmers to invest in their business, diversify or retire from farming”.

Data collection: Allows the SoS to require information to be provided and shared relating to the agri-food supply chain. This applies to all regions except Scotland.

Market intervention: Part four of the Bill provides powers to reshape the future interventions that can be made in the market “in exceptional circumstances”.

Marketing standards: Allows the SoS to make rules on the quality of agricultural goods marketed in England. Similar provisions are extended to Northern Ireland and Wales.

Producer organisations and fairness in the supply chain: Clauses 22 to 25 allow for the creation of a domestic Producer Organisations regime throughout the UK, allowing farmers to work in collaboration and become exempt from some aspects of competition law.

World Trade Organisation obligations: Clause 26 supports UK membership of the WTO and the Agreement on Agriculture by allowing the UK Government to set financial ceilings on the devolved administrations in relation to agricultural support that is considered as trade distorting.

While there appears to be broad support for the ‘public money for public’ goods approach to future farm support schemes, there exists concerns that support beyond the current parliament will not be sufficient. Further criticism has centred on whether the Bill gives equal balance between incentivising environmental protection and supporting productivity.

“A new platform to modernise agriculture; to be able to produce, sell and export more food; and, at last, to receive the rewards that they deserve for their environmental work and the other public goods that they provide.”
— Michael Gove MP

The provisions for Northern Ireland are “to enable DAERA to continue to make payments to farmers and land managers after the UK leaves the EU and to ensure that future Executive Ministers have the flexibility to develop policy once an Assembly is returned”.

DAERA published a stakeholder engagement document in August 2018 setting out the key desired outcomes and long-term vision for the Northern Ireland agricultural industry.

During the second reading of the Bill, Michael Gove MP emphasised that funding for agriculture would not be ‘Barnettised’. However, he said that “the generous…settlement that gives Northern Ireland, Scotland and Wales more than England will be defended”

The Bill is due to have its report stage and third reading on a date to be announced. The Bill completed its committee stage on 20 November 2018.