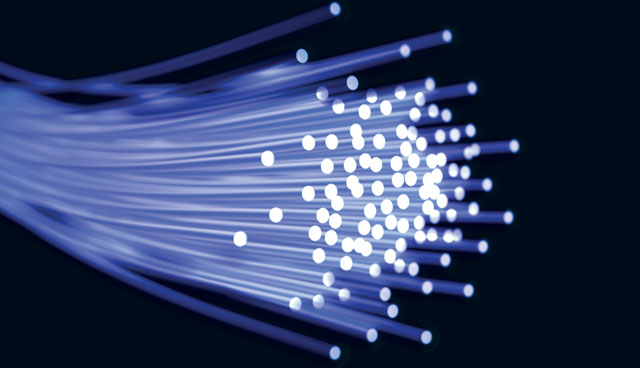 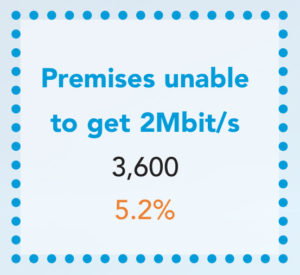 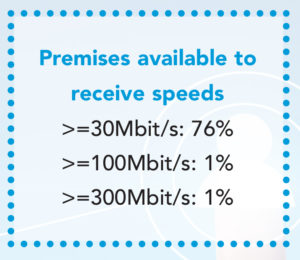 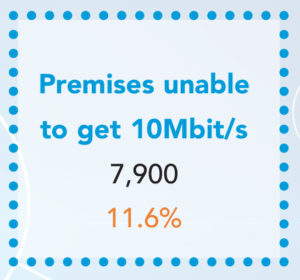 Across Northern Ireland, the impact poor broadband connectivity is having on rural communities and businesses has been a long-standing issue. The 2017 Connected Nations report by Ofcom highlighted that despite Executive-level initiatives to improve rural connectivity, there are still 56,000 homes and offices (around 7 per cent of properties in Northern Ireland), who cannot get the broadband speeds needed to meet a typical household’s needs.

The urban/rural disparity across Northern Ireland is also evident in the recent figures. It’s estimated that around 23 per cent (53,000) of rural premises are not getting basic broadband services, compared to just 1 per cent in urban areas.

The average download speed delivered to premises in Northern Ireland is 39Mbit/s. This has increased from 34Mbit/s last year and reflects increasing availability and takeup of superfast services. However, the availability of superfast broadband in rural areas is low, mostly because of the cost associated with infrastructure to access fewer customers.

Another challenge for deploying superfast broadband to rural areas is distance. When the distance between the premise and the nearest fibre cabinet or exchange is large, often deterioration of the physical properties of the broadband signal occur, resulting in slower data speeds. It also means that even when fibre-connected cabinets are built, superfast speeds are not always available to the end user. Ofcom estimates that customers further than 700 metres from a cabinet are too far to receive superfast speeds. This problem is particularly relevant to Newry, Mourne and Down, where the rural population is evenly spread and so average line lengths are longest.

In fact, full fibre broadband, fibre optic cables used all the way to the property, is only available to 0.5 per cent of homes and offices in Northern Ireland.

The issue of broadband provision has reached Stormont many times. MLAs highlighting the concerns of their constituents point out that figures on broadband connectivity do not fully tell the story of those being impacted by poor or no connectivity.

Some of the issues raised in the Assembly by MLAs include poor rural business functionality; citizen isolation; a detrimental impact on young people’s home education requirements and inability to access digital public services.

Although Newry, Mourne and Down have engaged in various improvement projects, the full extent of the problem has not been fully recognised. In November 2017, Newry, Mourne and Down District Council commissioned a feasibility study to review and analyse rural broadband. The survey, along with many other outcomes, is part of the district’s Community Plan ‘Living Well Together’ that will outline how to improve broadband service throughout the district and the role of local government in the process.