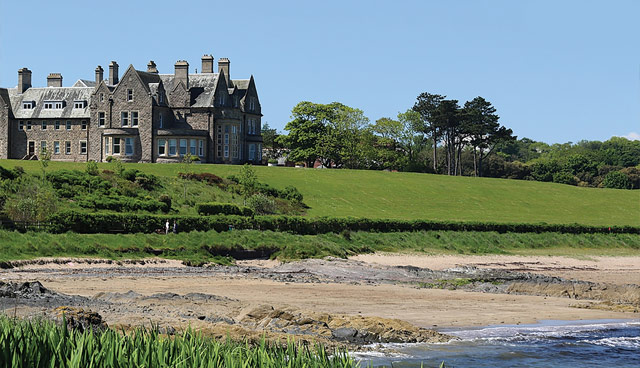 Work is underway on a series of new greenways and improvements to existing ones that will see a predicted £19.1 million invested in at least 121 kilometres of greenway, with three identified as part of former Infrastructure Minister Chris Hazzard’s Strategic Plan for Greenways, which aims to build a 1,000km network of greenways by 2040.

With the Department of Agriculture, Environment and Rural Affairs’ latest carbon intensity indicators showing that there was a 1 per cent rise in road transport emissions between 2008 and 2016 – including a 4 per cent rise between 2015 and 2016 – greenways could be an essential tactical component for any plan to get people out of their cars and off the road. With the average vehicle emitting 246g of CO2 per year, constructing viable medium-distance transport links for cyclists and pedestrians will be key in reducing that figure.

Four greenways are currently in different stages of planning across the area, while a former railway between Belfast and Comber was converted into an 11km greenway in 2008 – a joint venture by Ards and North Down Borough Council (ANDBC), Belfast City Council and Lisburn and Castlereagh Borough Council – with work to widen it beginning in January 2018.

The longest and most expensive of these projects is a £2.4 million upgrade of the existing North Down coastal path, which runs along the southern edge of Belfast Lough. The greenway will link Bangor, Holywood and Donaghadee to Belfast when completed. The greenway was one of three prospective ANDBC greenway projects granted an £8,000 grant by the Department for Infrastructure (DfI) for feasibility studies but missed the cut at the third stage of DfI’s Small Grants Programme in 2017.

Successful in the Small Grants Programme’s third stage was the Comber to Netwonards greenway, which has an estimated length between nine and 12km and is estimated to cost £1.4 million in total. The route is designated as a Primary Route on the DfI’s proposed Greenway Network and will be built along the disused railway line and former coastal defence route, under the shadow of Scrabo Tower. ANDBC was awarded £25,000 by the DfI to develop a full business case and detailed design for the proposed greenway.

All four proposed greenways in Ards and North Down were awarded the £8,000 feasibility study grant, with a greenway between Bangor and Donaghadee joining the North Down coastal path and Comber to Newtownards projects. Like the coastal path project, the Bangor to Donaghadee greenway missed the cut at the third stage of the Department’s Small Grants Programmes process, but the £25,000 awarded to the Comber to Newtowards project covered the costs of both plans.

The benefits derived from the delivery of these projects would be multifaceted and instantaneous in some cases. Not only do greenways detract from traffic and its emissions, they give communities a safe path on which to run, walk, push buggies or allow small children to play. They also deliver economic benefits to the areas in which they are built. Construction jobs are just one area that are given a boost; making their case for a greenway in County Sligo, the Sligo Greenway Co-Op write that the “farmers in Northumberland were some of the biggest beneficiaries of the Hadrians’s Wall Path; many of them turned old stone sheds into camping barns and are earning significant income from these enterprises”. Greenways are also excellent projects for the clearing out of derelict areas such as disused railways that attract antisocial behaviour and mass fly-tipping of waste.

While the Comber greenway was successful in terms of grants, it has faced other obstacles. In February of 2018, 10 landowners expressed their opposition to the greenway’s extension through their lands, citing concerns of pet nuisance and a risk to the public from their agricultural spraying. The owners alleged that the Council had carried out extensive preliminary work on their lands without permission, but ANDBC defended their actions, saying that consultation was not required until the design stage had begun.

The Council was accused by the farmers of not engaging with them early enough in the process, saying that they had learned of the plans in 2015, two years before the Council had contacted them. They alleged that this would limit the success of any greenway project planned. A Freedom of Information request showed that the Council’s preferred route is through the lands of the 10 farmers, with a projection of an extra 70,000 trips per annum along this route adding to the existing 190,000. A back-up route has been identified should no agreement be reached, with a 12km path along the Comber to Newtownards dual carriageway mooted. This would be separate from the road itself and not a reworking of the existing cycle paths, but the dispute is likely to be resolved. 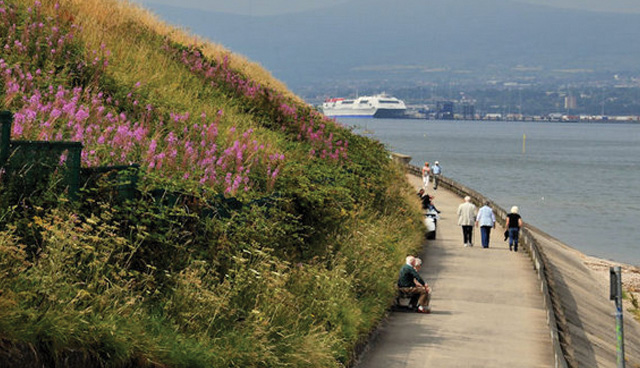 “Not only do greenways detract from traffic and its emissions, they give communities a safe path on which to run, walk, push buggies or allow small children to play.”

While the three aforementioned greenways have progressed to the planning stage and expect to lodge their applications for planning permission in 2019, a fourth planned greenway between Newtownards and Donaghadee is also planned. When completed, this final greenway would create a figure eight of all the greenways covering North Down.

A last greenway project, linking Comber to south Down and the tourist destination of Downpatrick, also running along the disused rail line, was another one of the projects granted £25,000 by the DfI’s third stage of the Small Grants Programme. The Mountains of Mourne Greenway, mainly managed by Newry and Mourne District Council, is projected to measure 55km and cost £8.2 million and connect Comber with Downpatrick before ending in Newcastle. With planning applications being readied and hopes of a Capital Grant Programme to cover the costs of the greenways, 2019 will be an important year in getting the people of North Down to walk a greener path.